On the 25th anniversary of the Flying Nun label back in 2006, Real Groove published a special edition as a salute to the label.

Among the many fine articles -- some archival, others reminiscences -- was an emotional and descriptive piece by Chris Matthews (Children's Hour, Headless Chickens) about Skeptics, and particularly about their singer David D'Ath who died of leukemia in September 1990.

Matthews offered visceral descriptions of the impact Skeptics -- a band I only ever saw once -- made on him, notably the first time at Auckland's Reverb Room in '82.

"Using borrowed gear and, fuelled by the pathetic crowd, [they] produced a set of such ferocious intensity that I became an immediate fan. The music was aggressive and unsettling but the focal point was David with his slight stature, his hooked nose and his deep-set eyes. He looked like some strange, punch-drunk bird and the veins in his neck bulged as he forced mysterious words and noises from his throat."

At that early stage -- they'd formed a couple of years previous and Matthews notes they were still playing Joy Division and Killing Joke covers alongside originals -- they were a guitar band.

But over the following years -- when original members left and were replaced by John Halverson and Brent McLaughlin from the Gordons -- they started incorporating keyboards, loops and samples, "everything from squeaking doors to Al Pacino's dialogue from the film Cruising" noted Matthews.

This was the period in which I saw them and they were a formidable force ("a sonic storm beyond comprehension" as Matthews had it) although still not as well known as they should have been. They were unique in the sonic landscape.

If people knew them for anything at all it was perhaps the video for Affco by Stuart Page which, if I remember rightly, was banned from broadcast . . . although I distinctly remember seeing it on Radio with Pictures around '87-88.

An unblinking look inside an abbatoir as sheep were being killed and prepared for the supermarket, the clip was brutal, confrontational but utterly honest.

Skeptics have been a long time gone but were never forgotten, and the recent doco Sheen of Gold by Simon Ogston -- which has interviews with the remaining members, friends and admirers, and some superb live footage -- has done a great service in restoring them to the mainstream discussion of New Zealand music, and their place in it. 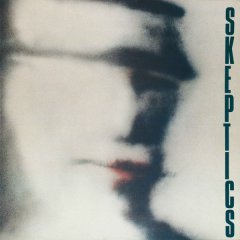 Flying Nun has also reissued on vinyl (through Captured Tracks in the US) two Skeptics albums, their self titled third album from '87 which opens with Affco ("one of the best local albums of the past 10 years," wrote Matthews) and Amalgam, the album they were working on when D'Ath -- who worked and played right to the end -- learned of his illness.

Each vinyl album is remastered by bassist Nick Roughan and comes with a download code, both are also available on CD or download only.

Even at this distance there is a terrible sense of menace and oppressive claustrophobia to Affco and Feeling Bad which open Skeptics III (as it is commonly referred to), but they were also a band which painted on a broad canvas where vocals, drums, samples and the walloping but often spare bass of Roughan congeal into music of alarming if unsettling beauty.

La Motta which opens the second side of Skeptics III is a static-punctuated construction which is as close to the atmosphere of Eraserhead as it is to the damaged character it takes its title from.

Rain from the same album might be rather time-locked in the Eighties in some aspects of its keyboard sound but the angular and distorted guitars -- as well as that stalking bass -- sound utterly contemporary. 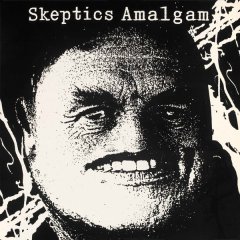 It is an extraordinary album best enjoyed loud and in near darkness.

If, in retrospect, there were some tentative steps on Skeptics III, Amalgam sounds like a band in complete command of its art and alchemy.

Here they become an industrial art band where D'Ath carved out melodies which are as cold but crafted as a marble slab, there is electrostatic and churning rhythms, and a powerful sense that here is band about to redfine the parameters of musical thinking for subsequent generations.

But Amalgam with its crazily distorted guitar, D'Ath's declamatory monotone in places (the grueling Felt Up), loops, oddball Scottish sea shanty-meets-heavy machinery (Heathery Men) and that weight of white-knuckle energy is thrilling.

As any kind of recorded statement it is extraordinary. That it would be Skeptics last just adds an extra resonance to its many dark corners.

Yet Amalgam has no overwhelming sense of ending about it, rather it celebrates a mercurial and rare collision of ideas, moments, styles, influences, sounds and its own uniqueness.

If you doubt it, strap yourself in for the track Sheen of Gold which sounds like sonic warfare in its opening minute but then becomes something else again thereafter as D'Ath warns and declaims about the seduction of money.

Always about becoming something else.

For these Skeptics reissues and other albums reissued or released on vinyl, CD and download through Flying Out see here.

that Chris Matthews piece was his obit for David in RIU, 1990. I found a copy of it and posted it here... http://dubdotdash.blogspot.co.nz/2012/09/david-dath.html 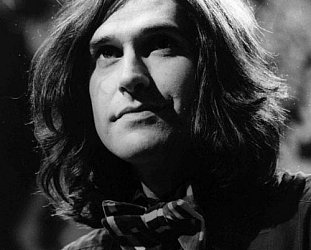