Sometimes, if we are lucky we can be at historic events. But we might not realise it until later. If a historic event is the Foo Fighters first recording as a band -- and remember Dave Grohl did the band's debut album himself -- then I can immodestly claim to have been there. It was in a BBC studio in London, Pat Smear lit one after another beneath the No Smoking sign, while Grohl was... > Read more

Joe Henderson: Miles Ahead (with John Scofield, Dave Holland and Al Foster, from the 1993 Verve albu 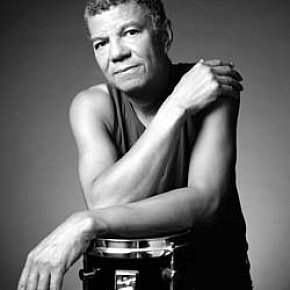 When fame called on Jack DeJohnette during his period in Miles Davis' innovative electric band of the late Sixties and early Seventies, he was ready for it. Acclaim outside their own world is unusual for jazz musicians, but DeJohnette had tasted it a few years previous in the Charles Lloyd Quartet which enjoyed that rarity, a jazz album which was a hit. Forest Flower, recorded live... > Read more 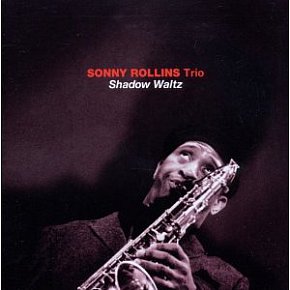 Although now 80 and still playing at the time of this writing, the problem tenor giant Rollns has faced from the Sixties onwards is that no matter how great he plays, his every accomplishment is almost invariably compared to his exceptional work between 1955 and '58. That was when he recorded Saxophone Colossus, Way Out West, the set which became A Night at the Village Vanguard and Freedom... > Read more

Sonny Rollins: Till There Was You 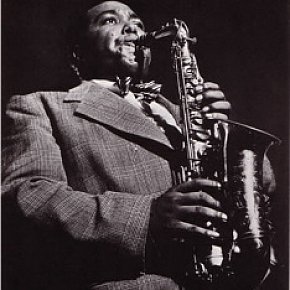 CHARLIE PARKER: A life and musical shards of light

Jazz trumpeter Miles Davis in his characteristically clipped manner once observed that “the history of jazz can be told in four words: Louis Armstrong – Charlie Parker.” In offering those two names Davis highlighted two vastly different lives and two facets of genius. Armstrong was undoubtedly one of the great artists of the 20th century and, although his reputation as... > Read more 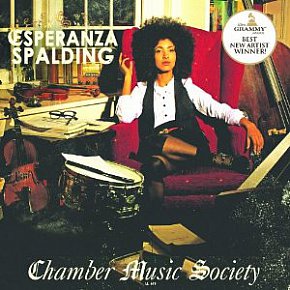 Because we could safely assume few aggrieved Justin Bieber followers will ever come to Elsewhere, it is safe to write about this hitherto little-known jazz singer-composer-bassist who won the Grammy for Best New Artist over the glorious child who has been the sensation of the Twitter Generation. At first blush you can forgive their anger that their man -- boy? -- didn't win because he... > Read more 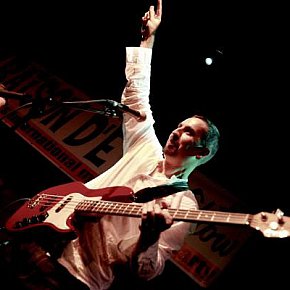 British jazz bassist Shez Raja confounds expectation in the best possible way. A scan of reviews and comments in the British press for the Shez Raja Collective (which included saxophonist Andy Sheppard and trumpeter Claude Deppa on the new album Mystic Radikal) refer to funkmeister Bootsy Collins and Marcus Miller (behind Miles Davis albums such as Tutu), Stanley Clarke and the Mahavisnu... > Read more 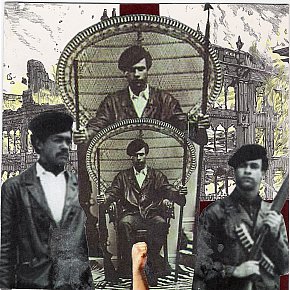 Few people today -- musicians included -- consider rock or jazz as “political”, even in the broadest sense of the word. Yet back in the late 60s and through the 70s large areas of both certainly were. Less than a year after that remarkable year 1968 (student demonstrations, assassinations, political oppression and revolutionary activity) the dialogue changed. Jefferson... > Read more 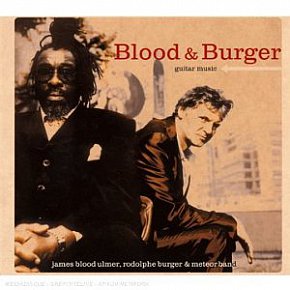 The great jazz, post-Hendrix and entirely Elsewhere guitarist James Blood Ulmer delivered exceptional albums of post-Ornette Coleman harmolodic music such as Tales of Captain Black and Are You Glad To Be In America on John Snyder's short-lived but creditable Artist House label. But then he slowly evaporated from critical sight. His albums on CBS in the... > Read more 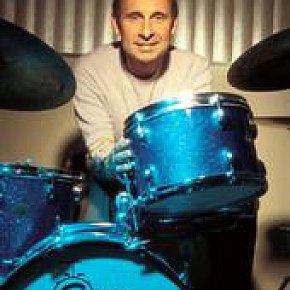 For some reason - perhaps because they work in a loud profession - you expect drummers to shout. Few do, and while Joe La Barbera may have started his career in the appropriately named Thundering Herd led by Woody Herman, the quietly spoken drummer doesn't shout about it, and doesn't bellow about his illustrious career either. For the past decade he has taught percussion at the... > Read more 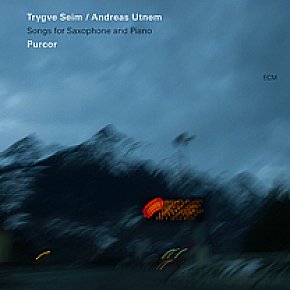 On a blindfold test -- "What record label is this on?" -- my money would be on greater than 90 percent of music-aware Elsewhere people saying immediately "ECM", and about half of those left over making an inspired guess and saying the same. Much as this is all things which its oddly under-claiming promo makes for it ("a thoughtful and reflective album, of great... > Read more 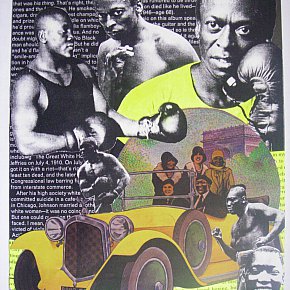 An inch over six feet and usually weighing in just under 200 pounds.  Jack Johnson was perfectly proportioned for a heavyweight fighter. But as a kid in Galveston, Texas in the 1880s, he let his older sisters fight for him. At 12, Johnson jumped a ship for New York, returning a year later to work on the docks where he had his share of beatings.  So he took boxing... > Read more

Right Off (extract only) 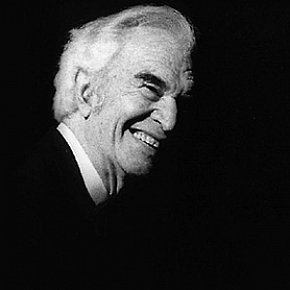 Dave Brubeck, whose hit album in 1958 was Time Out, understands time better than most of us. In December 2010 he turned 90 and although ailing, as expected, he had been playing right up until his late 80s – and been collecting awards and accolades. For many jazz listeners and critics Brubeck was always considered an intellectual rather than an instinctive musician, although the... > Read more

Dave Brubeck Quartet: Three To Get Ready (from At Carnegie Hall, 1963)

Thelonious Monk said, "Jazz and freedom go hand in hand”. We can guess he meant freedom in a political sense, because jazz is about individual expression and in that regard was a vehicle for the aspirations of his people. It's about freedom and post-Monk found its voice in free jazz. Free jazz is much maligned, largely because it’s difficult to assimilate and... > Read more 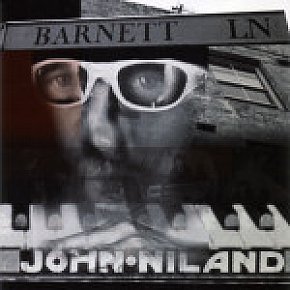 Here's a surprise: I hadn't heard of pianist Niland since his Inside album of the mid Eighties which he recorded with drummer Ross Burge and bassist Rob Mahoney in Wellington's Marmalade Studios. It was nomintaed for Jazz Album of the Year at the annual music awards (I'm sure I voted for it) and then Niland was off to Sydney. And here he is again after al these decades. Although this... > Read more There is something smart about a record label adopting the idea of generic covers: certainly the distinctive Reid Miles design for covers for Blue Note (frequently using Frank Wolff's photos) became a hallmark of quality, and ECM came into the world (after a false start) with those cool, enigmatic photos which gave little away but sugested interesting contents within the sleeve. The Rattle... > Read more 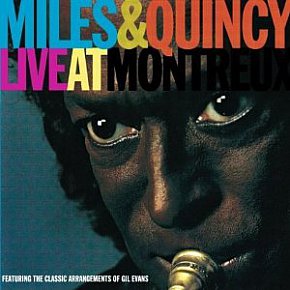 It was emblematic of the soul rebel career of Miles Davis that in his final years he was painting as much as he was playing, had a cameo spot in a movie (Dingo) playing a pre-electric period jazz trumpeter, exchanging tapes with Prince, recorded with rapper Eazy Mo Bee and – most surprising of all turned up at the Montreux Jazz Festival in 1991 to play some classic tunes from his... > Read more 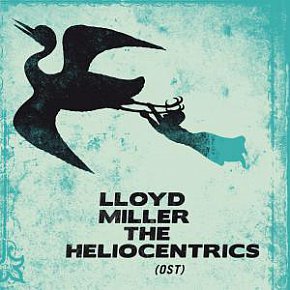 Both London's Heliocentrics and their label Strut have an admirable practice of getting different artists together for projects (see here and here) and sometimes they just soar. This is one such project, the Heliocentrics with multi-instrumentalist Miller who grew up on Dixieland/New Orleans jazz but then, when his dad was posted to Iran in the late Fifties, began to pick up local... > Read more 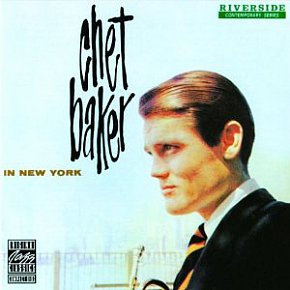 Although you could hardly argue with a line-up which had tenor player Johnny Griffin, pianist Al Haig, bassist Paul Chambers and drummer Philly Joe Jones alongside trumpeter Chet Baker, the result was a fairly mainstream, late Fifties sessions which -- while admittedly pushing Baker in a way he hadn't previously -- don't really separate themselves from the pack. Of course there is fine... > Read more

The opening track on guitarist John McLaughlin's Live in Paris, usefully serves as a microcosm of his career. It starts slow, melodic and considered with McLaughlin peeling off memorable phrases, then picks up speed to hit a furious pace as he skitters around the fret-board like ferret freebasing. Things then cut back to irresistible refinement as it gathers in its melodic sharpness... > Read more 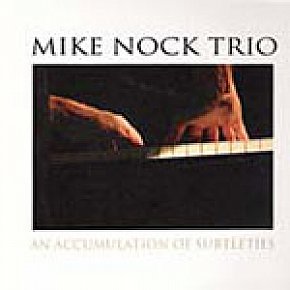 This quite exceptional double disc by New Zealand-born pianist/composer Nock arrives with the advantage of great timing: Norman Meehan's fine biography of Nock, Serious Fun, has just been published (see Elsewhere review here) on the occasion of Nock's 70th birthday. Well, age shall not weary him as the first, exquisite and commanding disc illustrates. With the sibling rhythm section of... > Read more