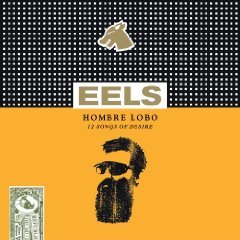 Just as it’s more interesting to follow an actor who pursues demanding roles rather than a comfortable career, so it is with the music of Beck, Radiohead, Conor (Bright Eyes) Oberst and other risk-takers.

They may sometimes falter, but daring missteps are more enjoyable than the pomp-laden predictability and heavy boots of, for example, careerists like U2.

Over almost two decades the Eels – the band name adopted by LA singer-songwriter Mark Oliver Everett and fellow-travellers – have sometimes been wayward, idiosyncratic and, yes, slippery. But always interesting.

Everett/Eels seldom get public or media attention but 18 months ago DreamWorks, with whom they signed in the early Nineties, presented two substantial, well annotated singles and rarities collections – Meet the Eels and Useless Trinkets (both with a DVD, the latter a double disc) – of the kind normally accorded a major band.

The musical diversity on them -- folk, pop, alt.rock, electro beat and more -- illustrated the breadth of Everett’s vision which reaches from rock clubs to writing for films and string sections.

Hombre Lobo is the first Eels studio album since Blinking Lights in 2005 which included guests Tom Waits and Peter Buck from REM – Everett moves in such rarefied and respectful company – and there’s a smattering of Waits’ raucous, blues-grounded style on half this album, subtitled “12 Songs of Desire“.

Desire takes many forms and Everett evokes it in a series of sometimes startling mood swings which slew between tender love, nakedly primal lust and heart-aching longing.

In the most raw songs he connects to the undiluted energy of Muddy Waters and Howlin’ Wolf. The titular character -- the wolfman -- raises his jaws and the album opens with a baying yowl.

It’s a sound and image Everett, now heavily beared and lupine, hauls up repeatedly: in the almost parodic Fresh Blood he draws a line between spooky rural blues, Biblical Bob Dylan, Charles/Marilyn Manson and the television series True Blood; “After the fire, before the flood . . . I need fresh blood”.

At such times he’s also reaching to Waits’ gut-bucket style, Nick Cave’ aggressive Grinderman band and, in the vocal distortion and ragged sonic settings, to a man with a beef in his heart.

Tremendous Dynamite kick starts with a Hendrix signature before heading to the voodoo spirit of Ronnie Hawkins’ menacing version of Bo Diddley’s Who Do You Love.

Lilac Breeze, despite its title, is an urgent lust-filled rocker which equally conjures up outsider, rebel rock of the late 50s.

However if salacious retro-references were all Everett did, then this would be just a courageous misstep: but he alternates the carnal cravings with agonisingly delicate songs which engage sensitive emotions. Where he has sometimes been obliquely philosophical, here lyrics are refined, considered and full of personal frailty. He observes love from a distance, yearns for it, believes a kiss can be redemptive.

The pop-framed That Look You Give That Guy about feeling inadequate may just be the prettiest song Jeff Tweedy of Wilco never wrote, although you could say the same of the sensual ache on The Longing, or the poetic, Cohen-like acceptance on My Timing Is Off: “Believe it or not, we just don’t have a choice in matters of the heart. You just got to be brave enough to love – and be loved.“.

These understated songs are counterpoint to the raw, faux-rock’n’roll, howlin’ wolf songs where Hombre Lobo sometimes overplays its hand, and it would be a hard heart unaffected by Everett’s alt.country, folk-pop ballads.

The closer is the beautiful Ordinary Man, the lyrics offering a variant on the title: Everett reflects on the uniqueness of life experiences which shape us so, without arrogance or special pleading, presents himself to a lover as “no ordinary man”.

The Eels are not a circumscribed or finished project like most rock bands. Their contract is open-ended, the music evolving, taking chances, daring to make missteps.

This may be Everett’s career, but he also chooses interesting roles. And that’s always worth following. 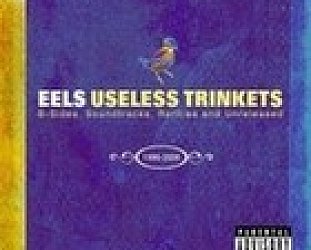 Wherein cult band the Eels get the kind of re-issue/repackage usually reserved for Major Big Name Acts: Meet the Eels is a 24 track compilation of 10 years from 1996 with a 12 clip DVD collection... > Read more 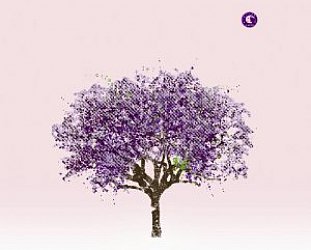 The story of Eels - aka E, or Mark Oliver Everett -- has been one of the most interesting, and often autobiographical, journeys to follow in recent years. There were many, rather too many, dark... > Read more 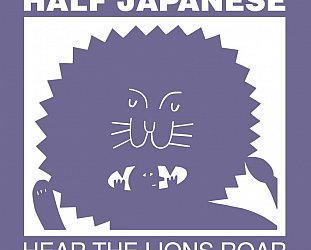 Always something of an acquired taste, the avant-rock, inspired but wilful amateurism, indie cult-cum-comedic sound of Half Japanese – now more than 35 years into a “career”... > Read more