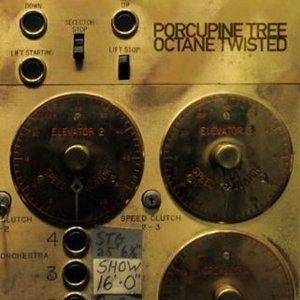 When considering the recent 35th anniversary reissue of the Sex Pistols' Never Mind the Bollocks, it was salutory to look at what had changed since that politically and socially volatile era in which it was released.

Yes, the punk DIY ethic is still adhered to (made even easier by the internet) but Britain has a Conservative government, unemployment recently stood at 2.6 million (around 8 percent of the population) and the Queen is on the throne celebrating her Diamond Jubilee, more than three decades after the other jubilee which prompted the Pistols' anti-monarchist God Save the Queen.

In Dover this year I saw a poster advertising a DJ night celebrating Her Majesty. Huh?

And, against the odds, prog-rock is bigger now than it has been since the young Johnny Rotten wore a handmade "I hate Pink Floyd" t-shirt.

In the vanguard of the new prog -- not hugely different from the Seventies version -- has been the affable and intelligent Steven Wilson who helmed Porcupine Tree through almost two decades of indifference from the rock media to build a steady following of older and young prog fans.

Wilson is enormously prolific (about a dozen PTree albums, some doubles, as well half a dozen under his own name) and the most recent was the very impressive Grace for Drowning. A concept album, of course.

This double disc -- mostly recorded live in Chicago -- comes with a colourful sleeve which shows that when presenting his music, Wilson pulls out all the stops with huge screens, lasers and all the customary visual artillery of any worthwhile prog gig.

Musically however Porcupine Tree do come with some serious metal edge so they have sharp points and on the title track to The Incident album (played here in its entirety on the first disc), he delivers a chorus which wouldn't have disgraced one of the better Oasis albums. 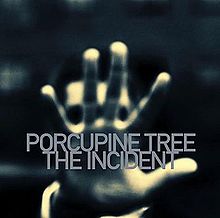 The Incident -- their much acclaimed 2009 concept album based on first person narrations of serious "incidents" lifted from the media -- embodies and exemplifies what PTree do best, oceanic and rather edgy music which ebbs and swells on the back of Wilson's guitars and keyboards, but is propelled by stirling drumming from Gavin Harrison and the keyboards/synths of Richard Barbieri (yes, formerly of Japan and Rain Tree Crow).

As with all prog you are in for the long haul, but given the sudden surges of guitar energy between the ballads and spiralling psychedelics, there's also enough here to hook in the odd Metallica fan looking for something a bit different.

The second disc looks further back in their catalogue -- three songs recorded live at the Royal Albert Hall, see they are that big -- and opens with the chunky Hatesong (the spirit of Radiohead in the house) then picks up songs/soundscapes from various albums including the brusque pop-prog of Stars Die.

Prog-rock isn't for everyone (as the Pistols proved conclusively) but if you are looking for current practitioners who deliver it with a post-metal twist then Porcupine Tree offer the full headphones experience, sometimes in quarter-hour blocks.