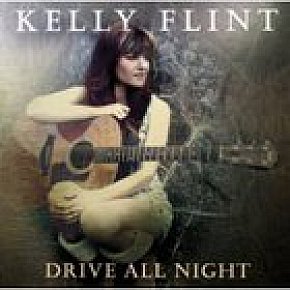 It probably means nothing to most of us -- it certainly doesn't to me -- to know that Kelly Flint was the singer with Dave's True Story. DTS was a New York band various described as hipster/jazzy/witty/cool/cult favorites/sophisticated and so on. Apparently they have made five albums, and not having heard a note they played makes it hard to figure out whether Flint's debut solo album owes... > Read more

Kelly Flint: Story in your Eyes 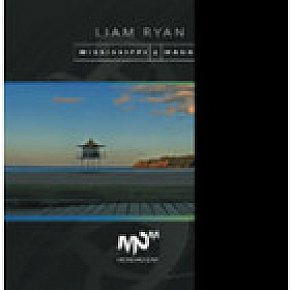 On the release of excellent recent albums by Wellington pianists Kevin Clark and Charmaine Ford, and Auckland saxophonist Brian Smith I have noted what a rare year it is shaping up to be in New Zealand jazz. And here is further evidence -- but something very different to those mentioned. Ryan was once the songwriter/keyboardist in the Narcs in the early 80s who were much beloved by radio... > Read more 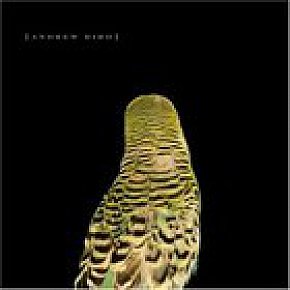 Years ago this Chicago singer-songwriter-violinist helmed his band Bowl of Fire through strange back-alleys of music which referred to blues and jazz of the 20s, circuses and travelling shows, low-rent bars and brothel music of old time New Orleans, and a bit of Tom Waits. After a while I gave up telling people how good he was. It's that time again however -- but for very different... > Read more 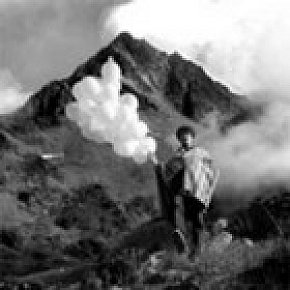 The previous album by this Californian singer-songwriter -- actually a double disc collection of his previously released singles and EPs -- made an appearance on Elsewhere many months ago and I hailed it to the skies. And I've played it with alarming frequency ever since a first hearing. This is his fully-fledged debut album proper, and it follows much the same pattern of his singles:... > Read more

Richard Swift: Most of What I Know 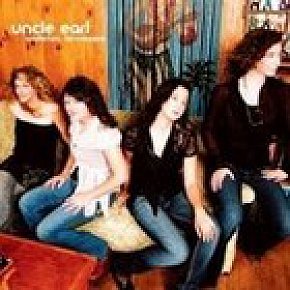 This all-women quartet open this diverse, rootsy and often surprising 16-track collection with a kick-arse bluegrass track which is a real attention grabber. And there are others like it scattered throughout. But there are also Cajun ballads, a barn dance instrumental (with someone's boots clickin' on the floor), some a cappella work, touches of the blues and much more including a nice... > Read more

Uncle Earl: Easy In The Early ('Til Sundown) 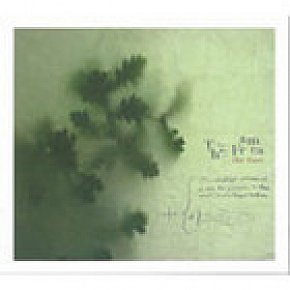 The Frames, The Cost (EMI)

As regular readers of this column will know (I've always wanted to say that!), the lead singer of this Irish band Glen Hansard appeared in Elsewhere last year with a low-key but compelling album The Swell Season (with Czech singer/pianist Marketa Irglova). But, to this one: Hansard excels in heart-aching angst and dramatic vocal swoops, and the band (which can come on like mid-period... > Read more

The Frames: The Cost 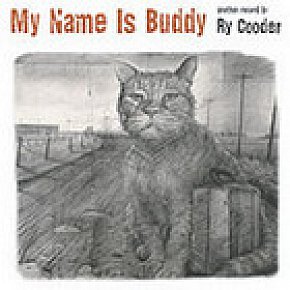 Albums under Ry Cooder's name once only sold in the hundreds. But these days -- through high profile soundtracks such as Paris, Texas, The Long Riders and Trespass, internationally acclaimed work with the Buena Vista Social Club, and superb albums with the likes of fellow guitarist Manuel Galban (Mambo Sinuendo) and the late Ali Farka Toure from Mali (Talking Timbuktu) -- Cooder has become... > Read more 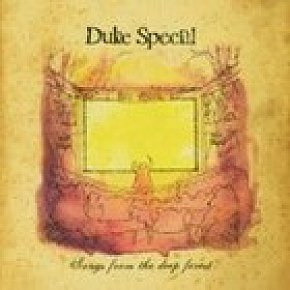 Elsewhere works in mysterious ways, it's wonders to perform. About 10 days ago I got an e-mail from guy in Belfast, Jonny McEwen. He'd seen Elsewhere and suggested I check out an Irish musician called Duke Special, and he provided me with a web-link and a review someone had written. I was curious but figured that while Duke Special (aka Peter Wilson) might be worth checking out the... > Read more 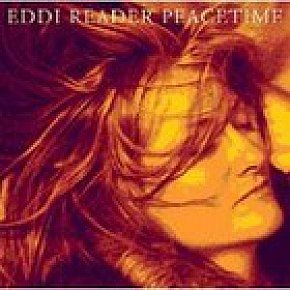 The former voice of Scotland's pop hitmakers Fairground Attraction has been a very credible solo act for many years now, but it's a fair bet not too many signed on for her album of songs by the great people's poet Rabbie Burns, wonderful though it was. This collection of traditional songs rearranged, some adaptations of Burns' poems, and some originals (from the likes of cult-figure Boo... > Read more 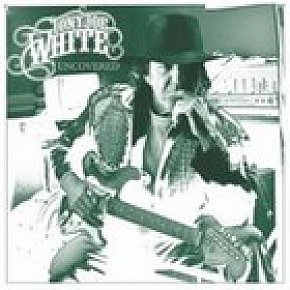 The man who single-handedly created swamp music, Tony Joe White, records and writes new material seldom these days and his last offering -- The Heroines with guests Shelby Lynne, Lucinda Williams, Michelle White, Emmylou Harris and Jesse Colter -- suggested the pace was slackening even further. A glance at this new album might confirm that: he goes back to his '73 album Homemade Ice Cream... > Read more

Tony Joe White (with Eric Clapton): Did Somebody Make a Fool Out Of You 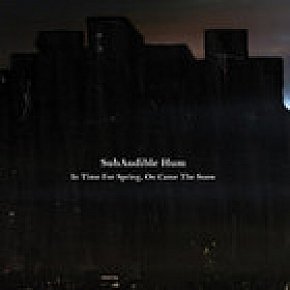 SubAudible Hum: In Time For Spring, On Came The Snow (Inertia)

The Melbourne-based outfit open this, their second album, with a pulsating electronic track which is increasingly dense and chant-like, and sounds like U2's guitarman the Edge has also been roped in while struggling with a hangover. However it is an atypical track from a band that has previously owed more than a little to Radiohead's most out-there efforts. Thereafter they kick in with... > Read more

SubAudible Hum: All For The Caspian 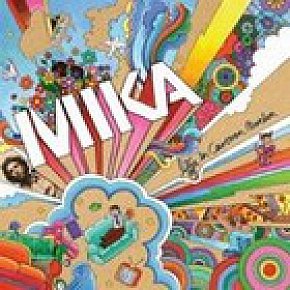 The question which seems to be taxing radio DJs about this Mika -- from the UK, not the Kiwi of the same name -- is whether or not he's gay. The correct answer is, "Who cares?" because this album is just such outrageously good fun -- camp, danceable, singalong, smile-inducing and so on -- that you will be far too busy enjoying it to worry about such trivial matters. Born in... > Read more 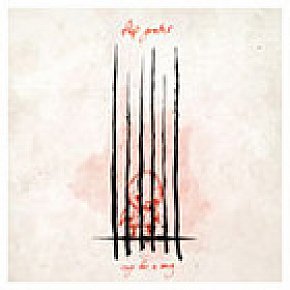 Christchurch singer-songwriter Flip Grater gives you a lot to think about on this impressive if slightly wayward debut album released late last year. Grater flips, we might say, from aggro industrial-sounding rock to fragile folk-framed songs. And has some songs which sit at exactly the mid-point of those extreme ends of a very long spectrum. She also uses a minimalist approach to her... > Read more 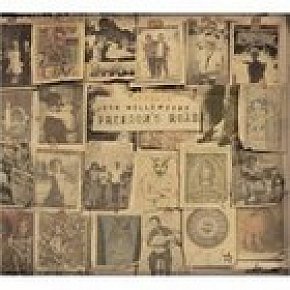 If this guy hadn't been such a dickhead when he was John Cougar in the early 80s, or so arrogant when he became John Cougar Mellencamp we'd probably be falling all over him now as one of the authentic voices of Americana/alt.country rock. He reinvented himself as a man with a conscience and in touch with the spirit of small towns in the Mid-West, the disenfranchised and the working class.... > Read more

The guy who wrote the liner notes for this long overdue album by Auckland singer-songwriter Hunter -- it was me actually -- says he can well remember the first time he saw her perform: it was over 15 years ago and she stood so far outside the self-proscribed parameters that most musicians put on themselves you couldn't help but be stunned. Hunter rocked from powerchords to soft acoustic... > Read more 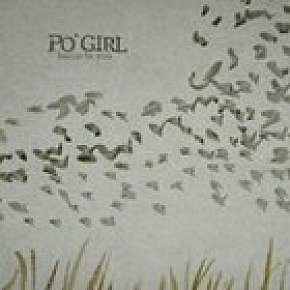 The previously posted Po' Girl album Vagabond Lullabies was actually a few years old and only given belated release in this country. But it was too good to ignore, and allowed me to set you up for this new one by the one-time trio (now-quartet on the cover photo, but a quintet in the credits!) of rootsy singers from Canada which includes Trish Klein, founding member of the Be Good Tanyas who... > Read more 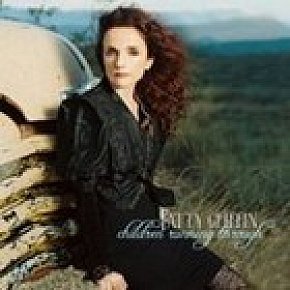 Exceptional. Griffin defies convenient categories: she can convincingly deliver an ethereal ballad, persuasive soul-funk like a Boho Beat, intense country with Emmylou Harris, abrasive and sneering rock which is as vengeful and as score-settling about a former lover as Dylan's Positively 4th Street . . . And those are just the first four songs on this five-star collection which puts most... > Read more 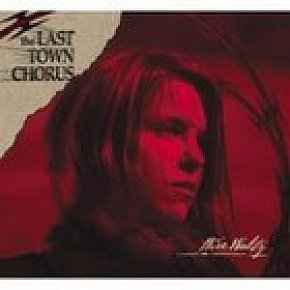 Why don't I step back here and let others tell you about the beguiling voice of Megan Hickey who is front and centre of this alt.country outfit, and whose lap steel playing is stellar? Here is a selection of quotes: "She sings like an angel and plays lap steel like the Devil" -- Village Voice "Hickey spellbinds listeners with her Gillian Welch-meets-Hope Sandoval... > Read more 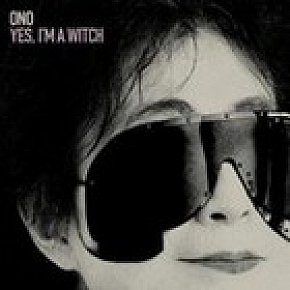 Billed as simply "Ono" this is Yoko's vocals from various albums extracted and new backings added by a cast of luminaries which includes Peaches, Le Tigre, Porcupine Tree, DJ Spooky, Cat Power, Polyphonic Spree, the Flaming Lips and many more. Yoko's singing -- her screaming and childlike ballads -- was always controversial but to be honest I liked what she did, especially the... > Read more 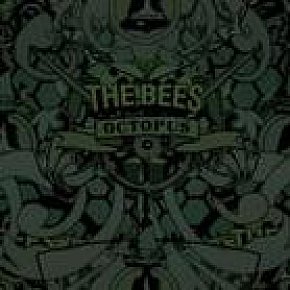 Any number of bands have been influenced by Lennon and McCartney, and a few by George Harrison. But the opener on this quietly terrific album suggests that the Bees have gone the path less travelled, and taken Ringo's jovial country covers as their reference point. That track, the rollicking and likeable Who Cares What The Question Is? leads into a more interesting country-flavoured track... > Read more