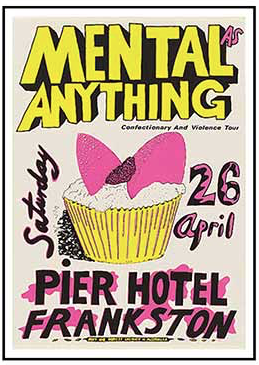 The place was some time in the Eighties and the time was a pub in suburban Sydney . . . and yes, that's how confused the memory is.


But something comes through clearly, the band playing that night were called Nuns in Traction.

I don't know that they played that often, or even ever again.

They just joined that long list of bands with names like A Couple of Jugs of Cold Pork Fat who I heard about but never saw.

I regret that, I think I would have had a good time.

There's something about the way bands name themselves in Australia. Bizarre, offensive, inscrutable . . . and often very funny.

Here follows just a few of them collected for your amusement. 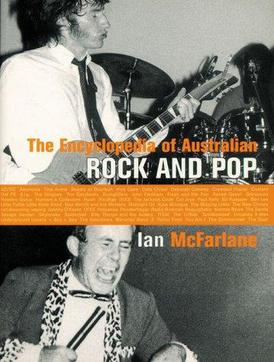 And Elsewhere is unashamedly indebted to Ian McFarlane's excellent The Encyclopedia of Australian Rock and Pop (Allen and Unwin, 1999) for doing the research which we plunder but acknowledge here.

So here, in no particular order (although there are some very weird ones at the end), are bizarre band names from across the Tasman.

And that seems a good place to end this. (And we didn't even mention This is Serious Mum or the Fuck Fucks.)

What can you say about Australian musicians?

That they're mental as anything?

Campbellhad a directness that Dennis had once mistaken for the dourness of the Scots. “You’ll be wanting home, then?” “Yes, just for a fortnight . . . perhaps three... > Read more 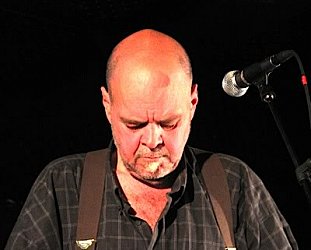