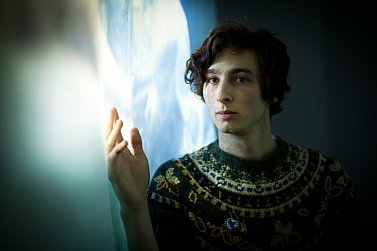 First up is second year student Callum Lee who says he was motivated by Jimi Hendrix, spent a year listening to Led Zeppelin and these days "I create my sound by having an idea, image, atmosphere and then I play around with sounds and textures."

Going to California by Led Zeppelin. No tears. I promise…until I heard it in the movie 'Almost Famous'. Let's just say I'm glad I watched that alone.

As a guitarist it's almost canon that Hendrix should take the throne. I guess the embarrassment would come from not having an embarrassing artist to share right now. Maybe a repressed idolization of Shania Twain. But that won't impress you much.

Sufjan Stevens. From acoustic to electronica, this man pulls my strings.

John Wayne Gacy Jr. by Sufjan Stevens (what did I tell you?)

Castles Made of Sand by Jimi Hendrix

Feel Something by Holy Other, really emotional downtempo instrumental electronica. I was slightly adamant about how poignant electronic music could be, and then I heard this.

Mostly chords, then melody in close second. Writing lyrics can be a nuisance, especially when you create a nice atmosphere with chords and a mumbled melody. You just don't want to sing a wrong word to break all that immersion.

It's definitely a different writing process when making electronic music. Inspiration can be found in a synth you make, or a record sample, or a drum groove. I'm definitely more comfortable in this medium. 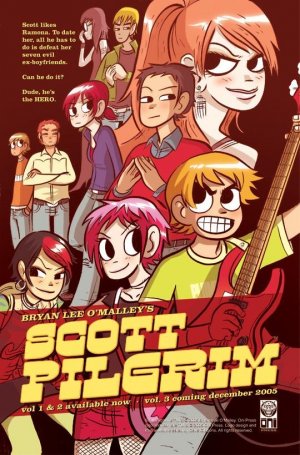 Wow, I work part time at a bookstore and get asked enough of these questions there. Would you mind if I passed? Kidding. Love me some Scott Pilgrim graphic novels. We are sexbobombs!

Sufjan Stevens. It would probably get creepy with the video camera set up, but he'd be contractually obligated to hang with me. And be my friend.

Snow and Taxis by Gold Panda

"And you better wear your shades

The spotlights here can burn holes through the stage

Down through the basement

Past the Indian graves

Where the dinosaurs laid

And out through China

This is pointed at the rhymer

Ricochets off the moon and sets the forest ablaze"

Definitely more perspiration than inspiration. Although, a lot of inspiration comes from perspiration in the form of shear dumb luck. Especially making electronic music. You'll be jamming over a fairly lackluster beat, when suddenly you accidentally insert an effect or you program a rhythm that completely changes the atmosphere of the whole thing. It's kind of exciting and encourages me to keep at a project, even if it's not going too stellar.

Yeah, almost literally. I recently went into a record store and rummaged through old vinyls in the World Music section, and came out with a couple of really old records with traditional Japanese music on it. I converted the records into wav. files so I could edit them on my computer. I then spliced up the music, repitched, slow down, reversed, and added effects to the record samples, and played different combinations of each exert. I had the core structure of a song in a matter of minutes. It's really cool creating a piece of music from music long forgotten.

'Elliot' by Rewind Fields (this is my electronic music project). My best because it's the first song I've actually finished without feeling the need to give excuses for the way it sounds. It was also made under a couple of hours.

On paper, all the ingredients are in place here where the seniors - - the wonderful bassist Steve Swallow and extraordinary composer Carla Bley -- are united with the new generation: guitarist... > Read more