THE BEATLES IN PRINT: HAMBURG DAYS; Before the whirlwind (2002) 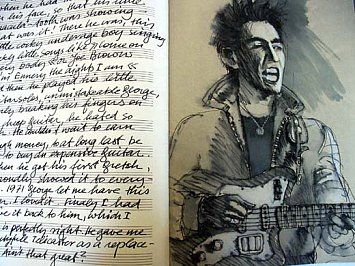 The oldest wasn't yet 20, but they were drunk, pilled to the eyeballs and doing what they loved best: playing rock'n'roll.

In black leather, hair greased back Elvis-style, they pumped out primal versions of Little Richard hits to the drunken sailors, pimps and prostitutes who jostled in the beer-stale club, the sweat dripping down on them as it accumulated on the low ceiling. The air was fetid, fights not uncommon. Back in their filthy accommodation and coming down off the pills they were taking, they would dream: of being bigger than Cliff, bigger than Elvis ...

For three of the five, that would become reality within three years.

It was in the sleazy bars off the notorious Reeperbahn in Hamburg that the young Beatles laid the foundations of their early style, and made friendships only adulthood, other interests and litigation would eventually sever.

Any rock band today looking for clues about what made the Beatles the band they became might consider this: when John Lennon, Paul McCartney, George Harrison, drummer Pete Best and bassist Stuart Sutcliffe arrived at the Indra Club in 1960, the contract stipulated that they play an extraordinary 48 nights straight sets of four hours and a half on weeknights, six on weekends.

"It was Hamburg that did it," said Lennon later. "We would never have developed as much if we'd stayed at home. We had to try anything that came into our heads in Hamburg. There was nobody to copy from. We played what we liked best and the Germans liked it as long as it was loud."

They played off and on in Reeperbahn clubs for more than two years - later, Lennon would say he thought they had two tours of duty, McCartney guessed four - yet it is a largely uninvestigated period in the history of the Beatles.

Promoter and wide-boy Allan Williams who took them there wrote his memoirs, The Man Who Gave the Beatles Away, and the 1993 movie Backbeat explored the relationship between Lennon and his art-school friend Sutcliffe, a promising painter but only an adequate Beatle bassist.

Those years - when they behaved like most hormone-driven, rock'n'roll-fuelled teenagers away from home - have been encapsulated into tidy images: Lennon appearing on stage with a lavatory seat around his head, the group being adopted by a group of German existentialist students which included aspiring photographer Astrid Kirchherr and her boyfriend Klaus Voorman, Sutcliffe and Kirchherr falling in love ... 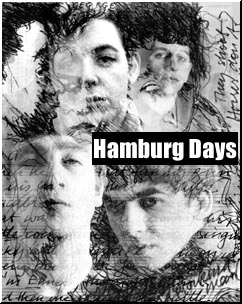 That formative period has now been documented in a set of two handsome books of art and photography by Kirchherr and Voorman.

Entitled Hamburg Days, the books - leather-bound and in a limited-edition, boxed set of 2500 numbered copies worldwide - come with a foreword by Harrison and afterword by McCartney, and are signed by both Kirchherr and Voorman.

One of the pair is of recent paintings, drawings and sketches by Voorman who, after Hamburg, played bass with the Plastic Ono Band and on

Lennon's Imagine album, and did sessions for Harrison and Ringo Starr. He was the cover artist for the Beatles' Revolver and Anthology album series.

Through painstaking sketches, the use of models and reconstructions, Voorman paints five incidents from that Beatles' story of 40 years ago.

In the detached manner of Edward Hopper and the photo-realists, his oils on canvas recreate the young Harrison in a police cell before being deported for working under-age; a stage-weary Lennon asleep, face-down in a plate of bacon and eggs; McCartney buying Preludine pep pills from Rosa the toilet attendant; the Kaiserkeller dressing-room with Beatles contemporary Rory Storm and Starr (then drummer with Storm's band); and an interior of the Top Ten club with the Beatles on stage. Of greater interest is the larger volume of Kirchherr's photographs, many of them moody black and white shots which the band asked Robert Freeman to replicate for the style of their much-copied With the Beatles album cover.

In accompanying text she reminisces about her life as a postwar child in an impoverished Germany and her period of study with photographer Reinhart Wolf. Voorman tells of the frisson of seeing the Beatles for the first time in the Kaiserkeller.

Both speak of the illicit attraction of these working-class kids from Liverpool and their raucous rock'n'roll.

They recall the ambition of Lennon and artistic talent of Sutcliffe, some of whose work is also reproduced. There is also their account of Sutcliffe's death from a brain tumour, probably caused by a head injury sustained in a street fight.

Letters by Harrison and Sutcliffe, set lists and trivia give the picture of a band growing up fast.

By the final pages, the leather-clad rockers of the Hamburg clubs have been supplanted by young men in suits and Starr has replaced drummer Best. Hamburg and Liverpool have been conquered. America and the rest of the world would fall soon enough.

Reading these books, analysing Kirchherr's photographs, which capture the innocence on Harrison's face and the angry determination on Lennon's - and knowing what these people would become - is fascinating for what it tells us of that crucial period of the Beatles' story: it's about sex and drugs and rock'n'roll, actually.

Not a bad apprenticeship for all that would follow. 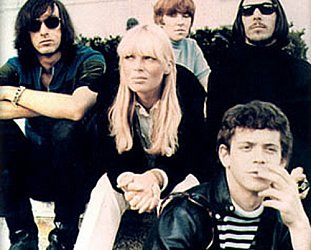 Most reviewers of this well-packaged, 57-track, three-disc set can’t help but comment on the overwrought essay by Clinton Walker who starts with superlatives, then works up to a screech.... > Read more