Satire, parody, weak-minded wit and what passes for humour at Elsewhere. To be taken not seriously . . . unless you care to. 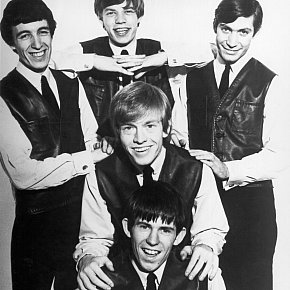 Dr Greil Fong-Doggett is Emirates Professor of Popular Music and Cultural Studies at the University of Bristol and has been writing on papular music for the Guardian on Sunday for more than two decades. Among his acclaimed books are Rock, Pop and Politics in Post-Colonial Knightsbridge, two volumes of The Beatles: Plagiarists of the Western World and The Illustrated Guide to Tiffany; A... > Read more Rather than write about this image for the Art by Elsewhere pages, it was suggested by Dr. Celia Haughty-Smart, senior curator of the Work And New Knowledge gallery in Lower Hutt that she scrutinize it from a more critical perspective. This is what she wrote. – Graham Reid . In the canon of distorted hyper-reality and de-accentuated cognitive imagery as discussed by Jacques... > Read more 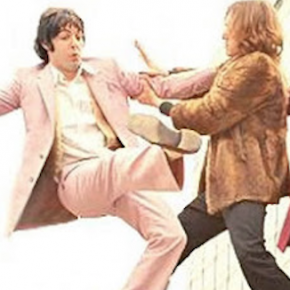 Two hours of previous unseen footage of the Beatles in the studio has been discovered in an abandoned lock-up in Slough and it promises to change opinion yet again of what happened when they were being filmed in January 1969. At that time film director Michael Wernham-Hogg was hired to shoot the band rehearsing and recording for what would eventually become the Let It Back film and album.... > Read more 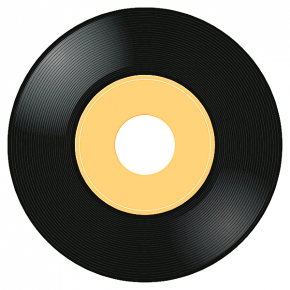 They are found at the back of cartons at record fairs, under beds in long abandoned houses and sometimes stored lovingly -- but rarely played -- in the collections of the obsessives. They are great, and not that great, rare Kiwi singles with an interesting story behind them -- often more interesting than the music. Here are some examples, more as they come to light. . Six60, Drax... > Read more 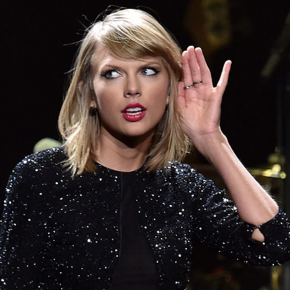 Nashville, NYC – Pop star Taylor Swift has surprised fans twice this year with unexpected albums, Folklorica and Evergreen, but she has one more surprise in store: a 30 CD box set released next week in time for the holiday season. As she told the Country Cousins host Dave 'The Voice' Pilger on WKRP in San Diego, “I saw that the British group King Crimson just released a... > Read more 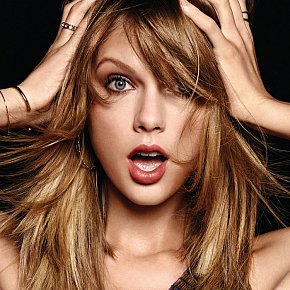 Authorities in the US confirmed yesterday that with the release of Taylor Swift's new album Fauxklore, the number of albums recorded in lockdown had reached 75,000 and rising. “However fortunately there are very few active cases,” said ASCAP head Shondra Baker-Towne earlier today, “and by that we mean albums which have actually had any chart action based on physical sales,... > Read more 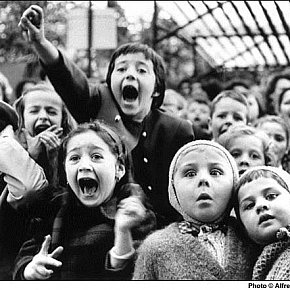 The announcement by the government that some schools will be able to open soon and parents could choose whether their children can attend has drawn sharp rebukes from various teachers' associations. Deidre Utu-Anger of Kakamoana Beach School who spoke to journalists on the understanding on anonymity said, “This is a disgrace and you know what's going to happen. Teachers... > Read more 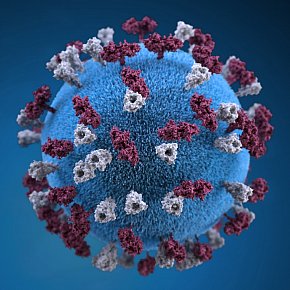 An announcement today by WHO (World Health Officers) has confirmed that the Covfefe Virus is now a global pandemic as it spreads unchecked. The virus – which is considered an extreme and aberrant form of what was called Benito's Disease which appeared in the Thirties in Italy – has spread at an alarming rate in the past five years. It now infects most Western nations, areas... > Read more 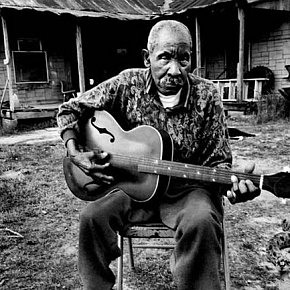 Most people who know the story of the Beatles' success are aware that before they conquered America by appearing on the Ed Skelton Show in February 1964 they had already made their reputation in Britain. Not only had they had hits like Love Me Do, Please Please Me, Hold My Hand and She Loves You, but the Lennon-McCartney songwriting team had written hits for Billy J Kramer, Cilla Black and... > Read more In a recent interview with London's Guardian Sun-Times, the Beatles' researcher and biographer Mark St Lewisham revealed that while listening to studio recordings of the band in 1969 he came across a remarkable and myth-busting discussion between John Lennon, George Harrison, Paul McCartney and their producer George Martin (peace be upon him). In the conversation Lennon starts outlining... > Read more Until recently, so little was known about the bluesman known as Blind Boy Truman that it was widely believed he only existed in the world of myth, if he existed at all. There was only one known but disputed photo of him, no birth or death certificates, no recordings and no accounts of him ever playing live around his hometown of Cross Timbers in Hickory County near the Truman Reservoir... > Read more 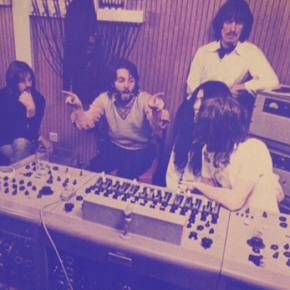 Just as Beatle fans are coming to financial terms with the magisterial expanded reissue of The White Album – seven discs, a book and photos in the Deluxe Edition -- comes news from Apple Enterprises and Incorporated Offshore Unity (AE&IOU) of an unexpected new release next year. It is of the Beatles live in the studio recorded over one day in January 1969 when they were rehearsing... > Read more 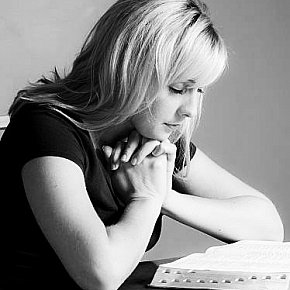 Warning: The following article contains references to violence, sex and obscene language. Reader discretion is advised. When I look back, I think I was always different from other children. They could be distant and stay in their rooms reading, but I was always very outgoing, loved to run and play and actually had quite a lot of friends. I grew up in a very happy home and I loved... > Read more 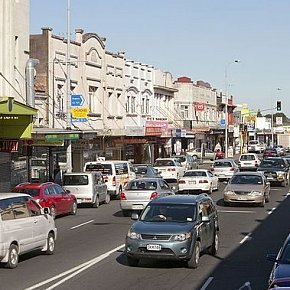 Don McGlashan is one of New Zealand's most respected and successful songwriters. He been awarded the Apra Silver Scroll for songwriting 47 times and has been given honorary doctorates from many New Zealand universities which allow him to practice medicine. He has turned a keen eye onto New Zealand society in songs like There is No Depression in New Zealand in which he hailed the cautious... > Read more 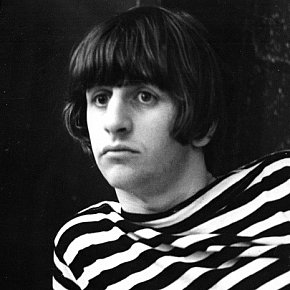 The subtitle of this remarkable, penetratingly insightful and revisionist biography – The Drummer in the Beatles, The Woman in the Drummer – posits a bombshell theory. That during his Beatle years Ringo Starr, now Sir Richard Starkey, grappled with his sexuality and was drawn so much to his feminine side that he actually wanted to be recognised as a woman. The author, who... > Read more 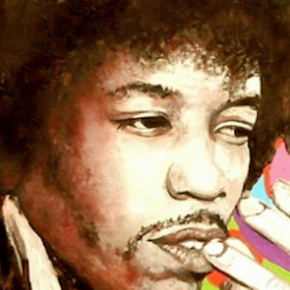 When Jimi Hendrix confidante and studio engineer Eddie Kramer told Elsewhere back in 2013 that there were no more studio sessions by Hendrix to be released what he really meant to say was, actually there were more to be released. The new collection Both Sides of the Sky apparently completes the posthumous trilogy started by Valleys of Neptune and People Hell And Angels. Mixed by... > Read more 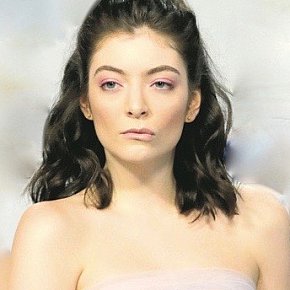 Pop picking is a fast'n'furious business these days and, as Art Garfunkel memorably sang on his Graceland album, “Every generation throws a hero up the pop charts”. But just as important to an artist as a hit single streamed for free or a YouTube clip which can be viewed a billion times (also for free) is the reissue of their classic album with extra tracks. These... > Read more 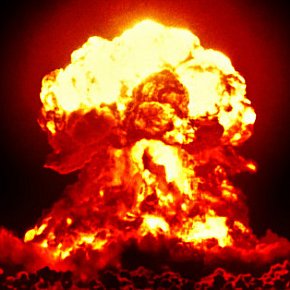 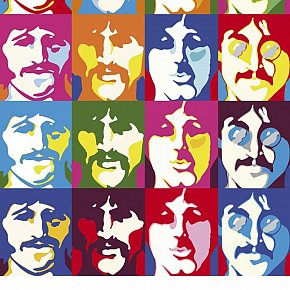 The discovery last week of a previously unknown Beatles' studio album from 1968 – recorded at EMI Studios in New Delhi (formerly known as Delhi) in India – has prompted the band's many researchers and experts to reassess the Beatles' catalogue. And it has sparked excitement among fans that the recordings – 14 songs, only three previously familiar but on the Rishikesh... > Read more 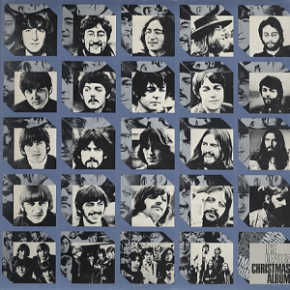 Although the Beatles appeared to have a finite recording career (1962-69) and that everything they ever did has been released, remastered and/or remixed, for the abject Beatle fan there is always going to be the need for more. Of course the famous Carnival of Light track may never come to the surface but some rightly hold out hope for an expanded edition of the Get Back/Let It Be... > Read more