Interviews, overviews and reviews of interesting historic and contemporary jazz musicians and music. 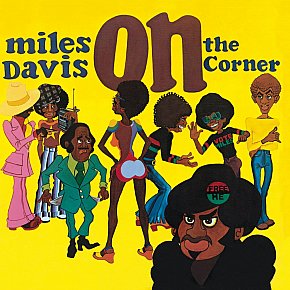 The cliche has become so embedded that hardly anyone questions it: “indie label good, major label bad”. As with most generalisations it doesn’t stand much scrutiny: small indie labels may be more comfortable for musicians because they know the boss, but they can also be woefully amateurish, financially incompetent and unable to get the music to the audience which deserves... > Read more 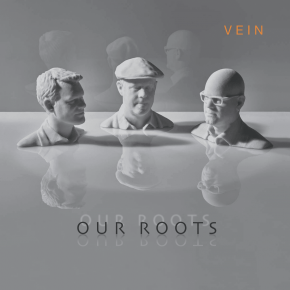 Here's something for those who enjoy that music which falls between classical and jazz as this Swiss trio of pianist Michael Arbenz, his brother/drummer Florian Arbenz and bassist Thomas Lahs brings improvisation to their influences from European chamber music. And punch in This Is Beat-O-Vein which spins off from Beethoven's 5thSymphony. Many decades ago the pianist Jacques Loussier... > Read more 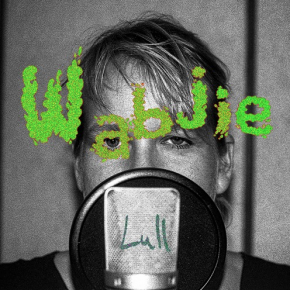 Prompted by Elsewhere's recent article about the Meredith Monk album Dolmen Music, a Swiss jazz-cum-elsewhere trio asked if we might be interested in their work. They go by the name Wabjie -- pronounced Wab-Gee – which apparently is the name of those herbs and mosses which grow through pavement and wall cracks. And that seem appropriate given they too slip between the cracks.... > Read more 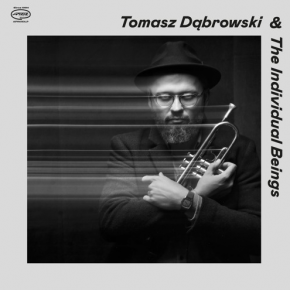 Albums by the late Polish trumpeter/composer Tomasz Stanko have long been among Elsewhere's favourite jazz releases (we interviewed him in 2009 also), as have been albums by his group, Marcin Wasilewski Trio. That trio paid tribute to Stanko on their recent En Attendant album and now this trumpeter (also Polish and who was lent one of Stanko's trumpets for this project by the family) also... > Read more 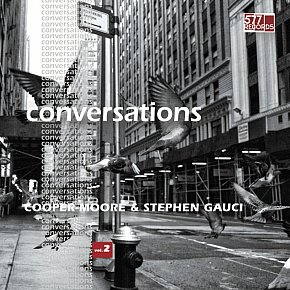 Two years ago we pointed listeners in the direction of the first volume of these aural Conversations between New York pianist Cooper-Moore and tenor player Stephen Gauci. Of the six improvisations on that first volume we said, “if you were to impose a vague concept on this you could hear these pieces charting a dawn to late evening course as the final, slower bluesy improvisation... > Read more 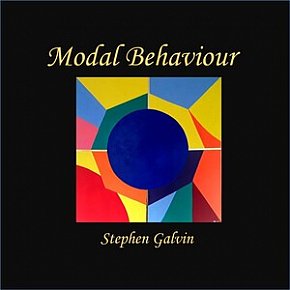 Guitarist, singer and educator Stephen Galvin runs Auckland's ABC Studios and freely admits that this album is a showcase for himself and the many excellent musicians who appear on it. Among them are longtime jazz saxophonist Paul Nairn, percussion player Miguel Fuentes, trumpeter James Guildford-Smith, keyboard player Phil Hornblow, bassist Paul Mouncey and drummer Jacob Randall. My... > Read more 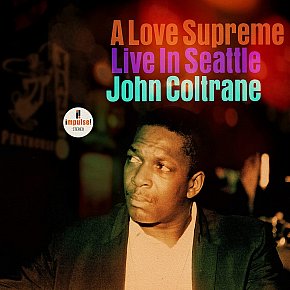 Even those with little knowledge of jazz know to nod sagely when trumpeter Miles Davis' Kind of Blue (1959) and tenor saxophonist John Coltrane's A Love Supreme (recorded in December 1964 and released a month later) are mentioned. These albums transcend the genre and -- the Davis in particular which remains the best-selling jazz album – are often on the shelves of those who find jazz... > Read more 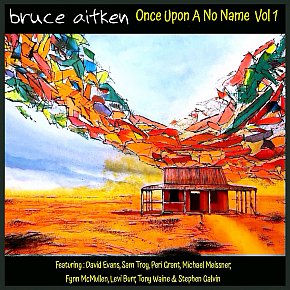 Elsewhere recently took a close listen to The Face Vol 1 by Sydney-based expat Kiwi percussionist Bruce Aitken (and some excellent friends) and were mightily impressed by the improvised diversity on display We look forward to Vol 2 (if there is one, Aitken's a bit eccentric in that regard) but meantime Aitken has started a new series loosely based on the spaghetti westerns of Sergio... > Read more 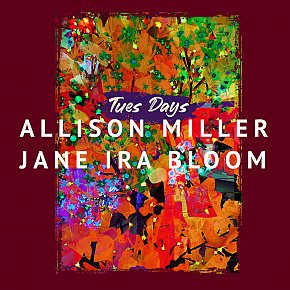 On five consecutive Tuesdays in March and April, New York soprano saxophonist Jane Ira Bloom (who has appeared a few times at Elsewhere) and drummer Allison Miller got together in their respective home studios to record some improvised sax and drum duets together . . . as is the way of it in the 21st century under lockdowns. The idea wasn't to record an album particularly, but once the... > Read more 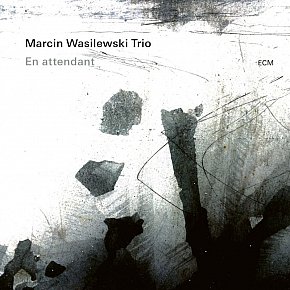 Although this trio have recorded recently with Joe Lovano and under their own name, you can't help but wonder if the subdued mood here is a response to the death in 2018 of trumpeter Tomasz Stanko who this group had a long, profitable and beautiful relationship with. Even their treatment of the Doors' Riders on the Storm is taken at a melancholy, thoughtful pace with few of the menacing... > Read more 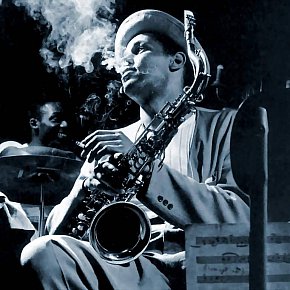 In one iconic photo by Herman Leonard taken in New York in 1948, the cool of Dexter Gordon -- his cigarette smoke coiling up above him -- came to symbolise and codify the image of jazz for many. At that time Gordon was in his mid 20s and his tenor playing had already been heard in Lionel Hampton's band but more recently when he was playing and recording alongside Charlie Parker whose bebop... > Read more 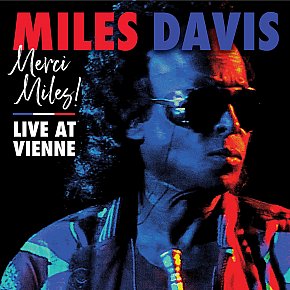 The mercurial directions in trumpeter Miles Davis' career frequently confounded jazz writers. In the mid Seventies one announced Davis' output after the mid-Sixties as of little interest, thereby dismissing Davis' innovative In a Silent Way (1969) and the game-changing Bitches Brew (70). Another wrote of In A Silent Way, “It was like finding a raised... > Read more 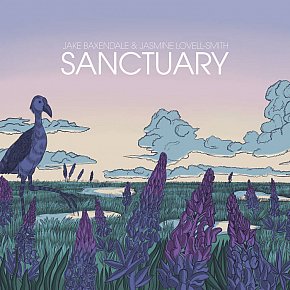 The title of this album lead by saxophonists Jake Baxendale and Jasmine Lovell-Smith became prescient when the world dived into various lockdowns. The two three-part suites here -- Baxendale's Whitman-inspired Leaves of Grass and Lovell-Smith's title piece reflecting on her return to New Zealand after years abroad – were all conceived before those events but were recorded in a window... > Read more 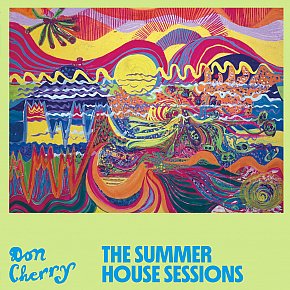 Trumpeter Don Cherry – step-father of Neneh and father to Eagle Eye – was right there in the avant-garde jazz movement on albums in the Fifties with Ornette Coleman (the presciently titled Something Else!!!, Tomorrow is the Question!, The Shape of Jazz to Come and Free Jazz among them). He had a long association with Coleman (one of his sons is David Ornette... > Read more 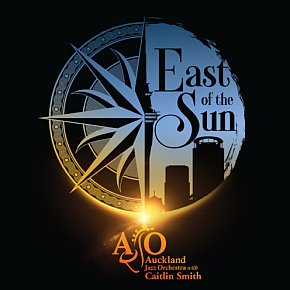 With CD sales in free-fall and jazz a minority music, why would the AJO (with singer Caitlin Smith) even bother with a professionally packaged, gatefold sleeve release like this? Yet this is much more than a vanity project but a warm showcase of these talented players recorded over a couple of days and mastered by Steve Garden (of Rattle). In the line-up are name players familiar... > Read more 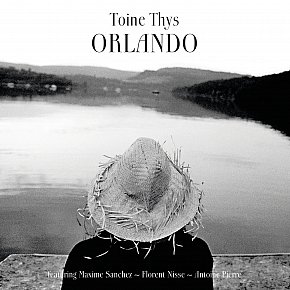 It's a wee bit confusing: It seems this jazz quarter called Orlando but it is lead by saxophonist Toine Thys who also gets his name on the cover, but on digital outlets the album title is Orlando so . . .  And while this came out digitally late last year we bring it to attention now because the French-Belgian group just won the Octave de la Musique jazz award in Belgium, and only now... > Read more 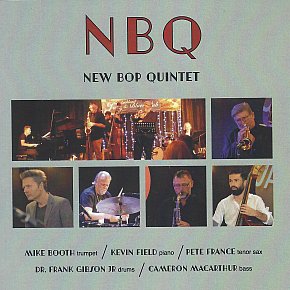 Although jazz morphs and changes as it assimilated other styles and sources, there are few key places it pivots back to, notably the classic bebop era of Monk, Miles and others. That style – born in the Forties and dominant for two decades thereafter – threw out geniuses like Charlie Parker, Dexter Gordon, Dizzy Gillespie, Sonny Rollins and many, many more who... > Read more 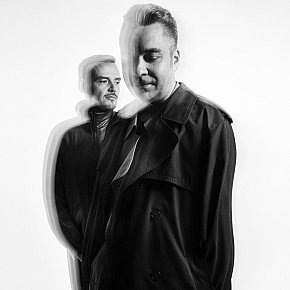 A man walks into a record store . . . and that is his first mistake. My excuse was to buy the new Crowded House album on vinyl (always curious to hear what those Finns are up to) and ending up with even more Fins . . . a single album and a double live by the free jazz duo of saxophonist Timo Lassy and drummer Teppo Makynen from Helsinki. Also on handsome vinyl. It was a costly 20... > Read more

New York-based pianist Richard X Bennett has appeared previously at Elsewhere (and was the subject of some Elsewhere Art) because he has been very different, right from our first hearing of his album New York City Swara in 2013 on which he played Indian ragas. No mean feat! There were subsequent albums which we wrote about and even had him answer a questionnaire... > Read more 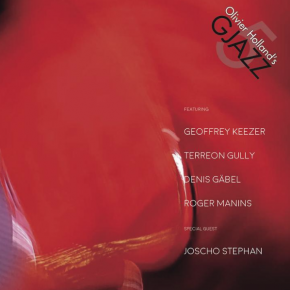 The provenance of this shape-shifting and often ultra-cool post-bop double album is interesting of itself. German-born and internationally acclaimed bassist/composer Olivier Holland is in the very successful jazz department in the School of Music at the University of Auckland where one of the featured saxophonists here, Roger Manins, also teaches. (Holland and Manins are in the group Dog,... > Read more