Important moments from the past . . . and things happening right now. Or about to.

The Elsewhere place if you are curious about music. 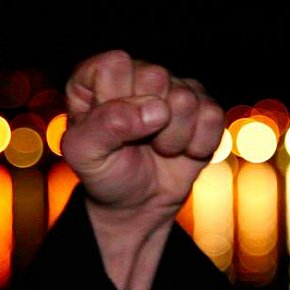 That local reggae at the start of the Eighties and our first hip-hop statements at the end of that decade came from Herbs and Upper Hutt Posse respectively should not have been a surprise. In its original form as it appeared in the Seventies, reggae was rebel music, the voices of those outside mainstream culture (few were more outside Jamaican... > Read more 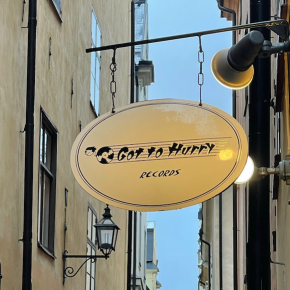 When Kurt Cobain and Courtney Love came to Bo Nerbe's tiny record story Got To Hurry in the old town of Gamla Stan in central Stockholm, he enthusiastically bought all three albums by the local band Stomachmouth, an Eighties garage-punk outfit. “I had released them on my Got To Hurry label and Kurt Cobain bought all three. And half a year later or so there was an American guy in the... > Read more

Got To Hurry, by the Yardbirds (guitar Eric Clapton) 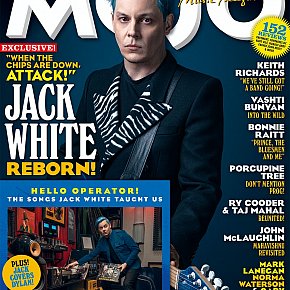 The free CD which comes with the current issue of Mojo, the British rock magazine, is Hello Operator: The Songs Jack White Taught Us. However many of the magazine’s readers would have been familiar with the songs by bluesmen Son House (his spooky Death Letter Blues), Blind Willie Johnson and Robert Johnson, as well as Johnny Cash’s Big River,... > Read more 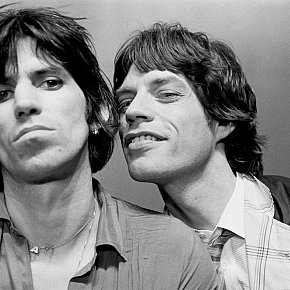 There are many ways to measure the longevity of the Rolling Stones: since their formation in 1962 they’ve rocked on through 14 US presidents, 13 British prime ministers and almost 30 James Bond movies. The only two original founding members – Sir Michael Philip Jagger, net worth about $800 million, and Keith Richards – have outlived half the Beatles, half the Who and any... > Read more 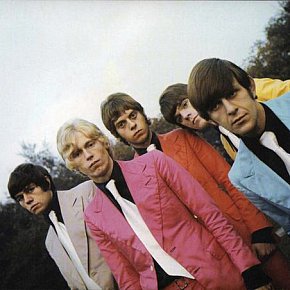 Anyone dumb enough to rely on an encyclopedia of rock or -- worse -- that self-described disgrace which is "Classic Hits" radio, would be forgiven for not knowing that the Move ever existed. Those DJs at "classic rock" certainly would have no clue . . . but we expect them to be clueless, I suppose. Shame on them.  It seems the Move -- despite their... > Read more 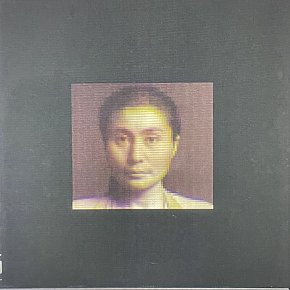 When Marlon Williams sang Nobody Sees Me Like You Do at his sold-out Auckland Town Hall concert in 2018, it’s a safe bet few who loudly applauded knew who had written the song: Yoko Ono. Although she remains reviled by some older Beatle-obsessed fans for her artistic and personal relationship with John Lennon – who she has outlived by more than 40 years – Ono has... > Read more 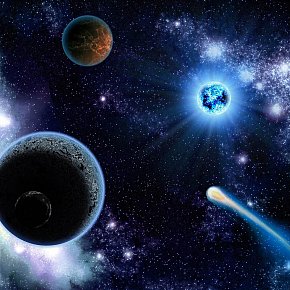 Warning!!!!!  This was big stuff, songs went for 15 - 20 minutes, there were double albums and triple albums, records had linked narratives so you have to listen to the whole thing . . . Whew! So not pop then, huh?  ORIGINS OF PROGRESSIVE ROCK The Beatles extending the contract of pop into Yesterday and Eleanor Rigby (both with strings) and the St Peppers album as a... > Read more 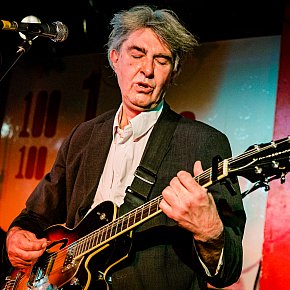 Although Elsewhere profiled Britain's Jazz Butcher (the vehicle for singer-songwriter Pat Fish) in 2017 and 2018, it's likely that Fish's extraordinary output has meant almost nothing in the Antipodes. Perhaps the first some had heard of him was when he died of a heart attack in late 2021, a couple of months short of his 64thbirthday. A literature graduate inspired by the freedom and... > Read more 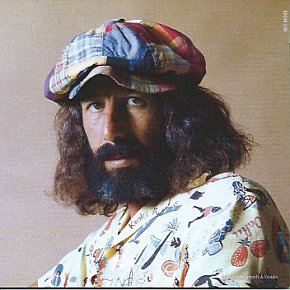 LOU ADLER PROFILED (2022): What a wonderful world his would be

In '69 the producer, songwriter, film producer, club owner and impresario Lou Adler - because he could -- took a bunch of soulful musicians into the studio to record a bunch of Bob Dylan's songs in a gospel style. That long forgotten item -- The Brothers and Sisters, Dylan's Gospel -- was  reissued in 2014 and so Lou Adler's name went back into the wider world as reminder of what... > Read more

Oh No, Not My Baby 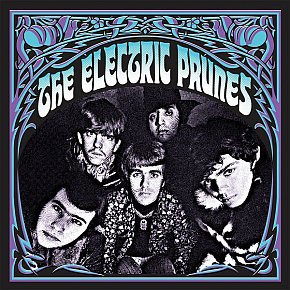 As with the Blues Magoos, LA's Electric Prunes were in the vanguard of psychedelic pop-rock with their singles I Had Too Much to Dream Last Night and Get Me to the World on Time, the latter reflecting them being a bridge between garageband and psychedelia. It's likely most people would be happy with just those two songs by them (both on their self-titled debut album, Dream on the original... > Read more

Get Me to the World on Time 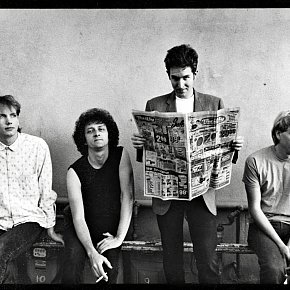 In mid-'86, the LA indie-rock band the Dream Syndicate released their third album Out of the Grey. The critical consensus had it as their best to date – and in retrospect still their finest studio moment – but as so often happens, it didn't sell as expected. And expectation was high because songwriter Steve Wynn (who went on to a very creditable solo career after the band broke... > Read more 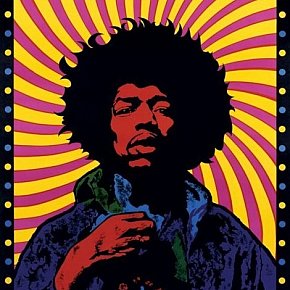 "Tune in, turn on, drop out" -- LSD advocate Dr Timothy Leary THE MUSICAL JOURNEY FROM MARIJUANA TO LSD: '66 TO THE SUMMER OF LOVE IN 1967 after years of British dominance in the middle of the decade as we noted in this article, the focus moves back to the US Psychedelic music inspired or influenced by the consciousness changing drug LSD aka acid becomes a dominant style.... > Read more 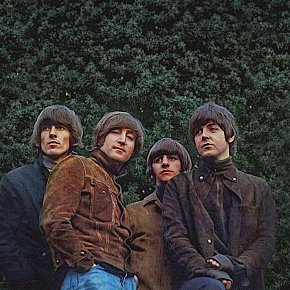 "I've met them. Delightful lads. Absolutely no talent" -- actor/writer Noel Coward on the Beatles. "The thing with them is that almost every track on each of their albums is memorable. When they arrived at the beginning of the Sixties there was a lot of dross in the charts, and the Beatles legitimised coming from England in the face of all this brilliant American... > Read more 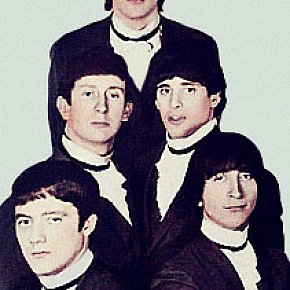 Like their peers the Beat-era Buckinghams from Chicago, the Beau Brummels out of San Francisco formed in the wake of the British Invasion and adopted the look, style and a name which ensured that they would be mistaken for another great UK pop-rock band. Needless to say they would insist that much of this wasn't deliberate – yeah, like naming yourself after an English Regency dandy... > Read more 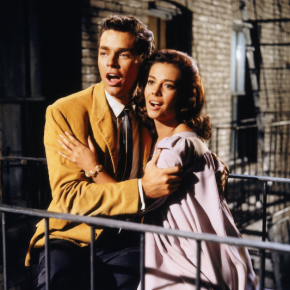 In her 2021 autobiography Last Chance Texaco, Rickie Lee Jones wrote about her affection for the musical West Side Story, a film she saw when she was only nine. She loved the drama of the Jets and Sharks street gangs, from her Arizona-distance she was seduced by the romance of Shakespeare's Romeo and Juliet star-crossed young lovers relocated to tough inner-city New York, and found... > Read more 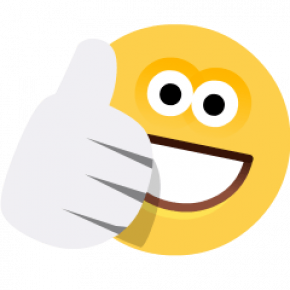 THE BEST OF ELSEWHERE 2021: THE EDITOR'S PICKS

What an odd year in music when the discussion points were the new chart-topping but mundane Abba album, something from Elton John again and the Beatles who – thanks to Peter Jackson – invited us in to their recording sessions 52 years ago. We just needed a new Sir Cliff album to have a retro-fitted villa full of period charm. Nice to have Adele and Tony Bennett back though.... > Read more

Yep, a lousy year for many, especially those like us who endured a seemingly endless and dull second lockdown in Auckland. But we should count ourselves lucky. Very few of our fellow citizens died and, although many fell ill, the message finally got out and people got vaxxed up to protect themselves and their families . . and by extension their fellow citizens. We also had books, TV and... > Read more 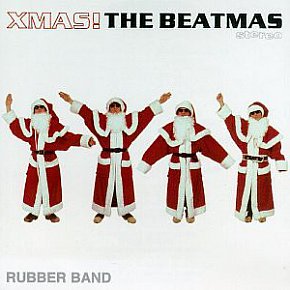 The Warehouse Stationery outlet store near my place in central Auckland is the last place I'd expect to be surprised by the sounds of their muzak. But a fortnight ago when they played the Beatles' Eight Days A Week it was not just a surprising selection but an enjoyable moment when I looked around at the other customers of all cultural and age demographics. Everyone, and I mean... > Read more 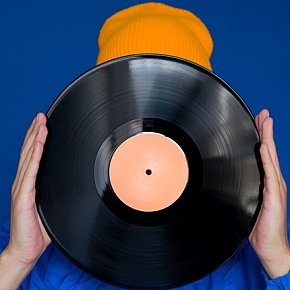 As we sometimes remind, we can blame or thank Bob Dylan perhaps, after all it was his five record, 1985 Biograph box set of rare tracks and unreleased material which alerted record companies and the marketplace there was interest in such things. Five years later the first of his Bootleg Series box sets confirmed it. Since then it has been open slather. Here Elsewhere picks the best... > Read more 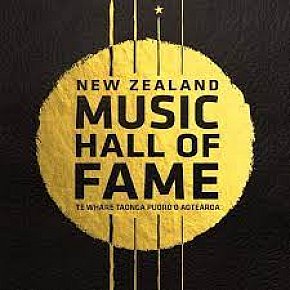 There's a circularity about Annie Crummer, Dianne Swann, Margaret Urlich, Kim Willoughby and Debbie Harwood being inducted as legacy artists at this year's Aotearoa Music Awards. As the group When the Cat's Away in the late Eighties they enjoyed hits, tours, music awards, a best selling live album and an award-winning documentary. But as Urlich told the Listener in January 1990,... > Read more