Interviews, overviews and reviews of classic and contemporary blues musicians and music. 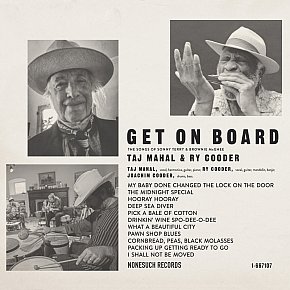 Ry Cooder and Taj Mahal first played together in the Sixties folk and blues band Rising Sons in California, recorded one album (which went unreleased until 1990) and then each went their separate and highly successful ways. Harmonica player/singer Sonny Terry and singer/guitarist Brownie McGhee's relationship began in the late Fifties and last for more than 25 years. Cooder and Mahal... > Read more 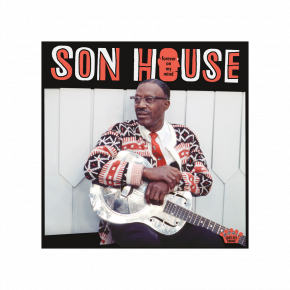 When Mississippi-born Son House was rediscovered in the early 1960s, he was 62 when researchers tracked him down, working as a cook, on the skids through alcoholism, didn’t own a guitar and hadn’t played music for years. But the renewed interest saw him touring again – with medication to control his senile tremors and after having been re-taught his own songs. He... > Read more 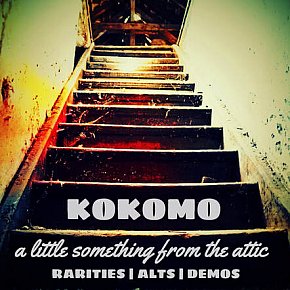 Elsewhere has always been favourably disposed to blues albums by local artists because we know they don't sell in large quantities and rarely get much, if any, mainstream attention. Over time the CDs will tick over on the back of live concerts but in the absence of any concerts for Tauranga's long-running Kokomo (once Kokomo Blues) this 16 song collection of rarities, demos and alternate... > Read more 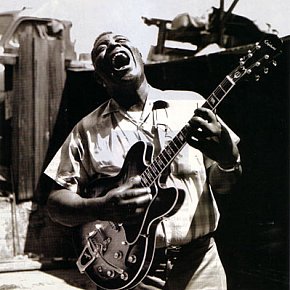 The history of the blues has been written, rewritten, revised, over-written and turned into academic treatises and a subject for analysis. But it remains something which can get lost in the chatter. It is a music. John Lennon, who was hardly a blues aficionado, had a good line: "The blues is a chair, not a design for a chair or a better chair . . . it is the first chair. It is a... > Read more 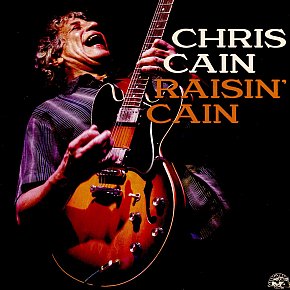 As we've previously noted, to some extent the Alligator label – which recently celebrated its 50thanniversary – picked up the legacy of Chicago's Chess Records, albeit with the hard blues sound wound up to 11. Alligator's Bruce Iglauer was a great spotter of talent . . . but of course in recent decades the label's reputation and roster (Joe Louis Walker, Tinsley Ellis,... > Read more

I Believe I Got Off Cheap 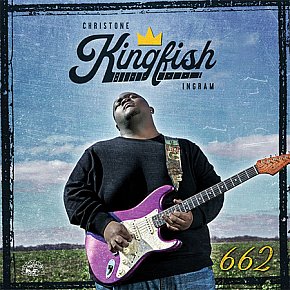 When the then-20 year old Christone Ingram (aka Kingfish) released his self-titled debut album in 2019, Elsewhere was all over it because here was a genuine blues artist (born in Clarksdale, this album's title is the town's area code) who was bringing personal stories, deeply-felt blues tropes, had Buddy Guy and Keb Mo on board and was as comfortable on hard-edge Chicago (and post-Jimi) sounds... > Read more 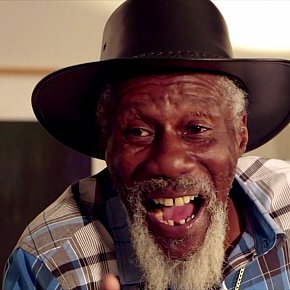 A decade or so ago the soulful blues singer Robert Finley might have appeared on the Fat Possum label out of Mississippi. As a venerable and seasoned figure who had toured with gospel groups and played Southern blues, Finley was certainly the kind of authentic artist the label had specialised in. But Fat Possum was getting out of the Southern soul-blues game (as we noted recently when... > Read more 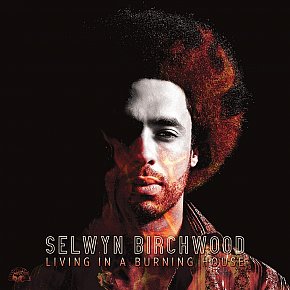 This 35-year old bluesman from Florida sounds much older than his years, and although on Chicago's tough urban-blues Alligator label (which makes sense) at times his brutal guitar playing could have also found a home on Fat Possum. This album – his third for Alligator after two independent releases – comes with authentic fury (the energy doesn't let up until Searching for My... > Read more 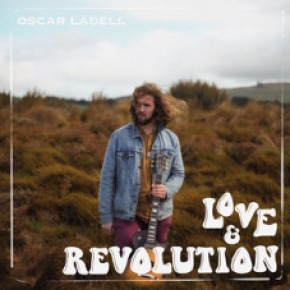 Blues musician Oscar LaDell from Dunedin flew onto our radar in 2020 with his debut album Gone Away where his impressive guitar skills (across a number blues-related idioms) were showcased. That he had shifts into soul and funk, as well as wrote tight originals, was all to the good . . . although we did wonder the wisdom of the female backing singer in places. Still, as a debut it was a... > Read more 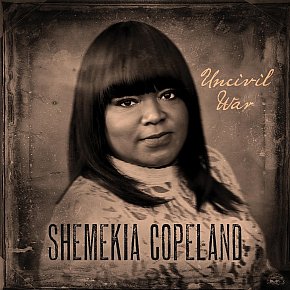 Although this daughter of the great Johnny Copeland had 20 years and more than half a dozen albums behind her, we didn't hear her until her impressive, socio-political America's Child two years ago. Once again she keeps the spirit of the civil rights era and the Black Lives Matter movement alive and on Walk Until I Ride – which comes with a gospel uplift – she extends the hand... > Read more 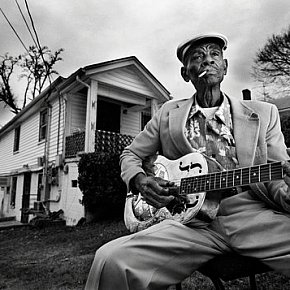 Robert Johnson: The sessions for his few songs took place in Texas in November 1936 and some time in 1937. By the time they became available on 78rpm records Johnson was dead so his life and music became surrounded in mystery and mystique. The album King of the Delta Blues Singers was released on LP in 1961, just as the young Eric Clapton and Brian Jones (later of the Rolling Stones),... > Read more 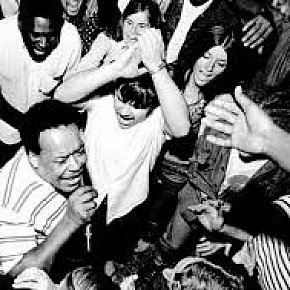 As we well know, history is telescoped by time: something which happened 20 years ago ago can be fresh in the memory but also thought to have been contemporary with something from 10 years previous. Long gone decades implode and blur. We can easily forget, for example – given just how familiar we have become with the blues – that this was a marginal music in the early... > Read more 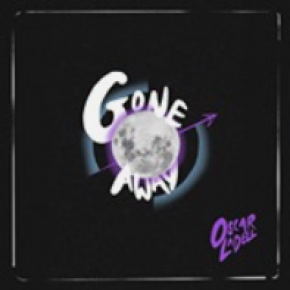 Born in the US and raised in Dunedin, 21-year old Oscar LaDell is a blues-inclusive player whose reach is from deep'n'gruff and convincing Howling Wolf/Chicago blues with brutally distorted guitar (the title track opener), through smoother soul-blues (the Sam Cooke/Jesse Belvin sound of Stone Man, the falsetto, wah-wah funk-blues of Time for Love, pub-pleasing blues like One More Time and... > Read more 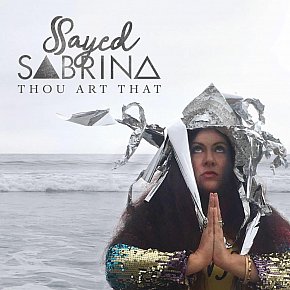 Nominally a blues singer, Sayed Sabrina has been a hard-livin' woman (sleeping rough, juvenile hall, young mother) and was a product of the LA post-punk scene. Nominated for a best new artist at this year's Independent Blues Awards in the US for this album (after four albums, she tartly notes), Sabrina certainly brings something assertive to her wordy songs which are delivered with a band of... > Read more 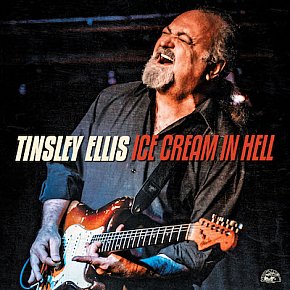 As we've noted previous – in fact probably for about two decades – if tough Chicago blues is your thing then all you need to see is the record label Alligator and all you needs will be satisfied. Usually. Tinsley Ellis – originally out of Georgia who came to the blues via the British blues boom route of the Sixties – is reliable and Elsewhere acclaimed his... > Read more

No Stroll in the Park 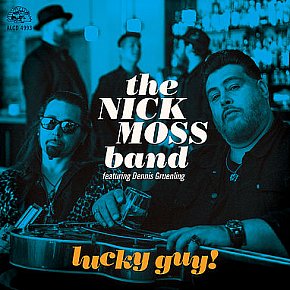 Blues aficionados probably only need to read one word here: Alligator. That's the long-running label out of Chicago which seems to constantly unearth hard rockin' artists, increasingly a number of white musicians alongside greats like Joe Louis Walker, Shemekia Copeland and a catalogue which started in '71 with albums by Hound Dog Taylor and the House Rockers, Son Seals and Koko Taylor.... > Read more

Me and My Friends 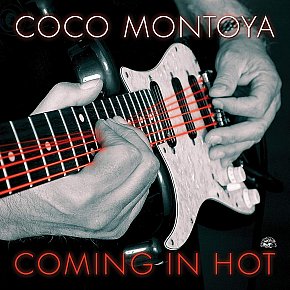 He got guitar tips from the great Albert Collins when he played (drums) in his band in the Seventies and in the Eighties was yet another great guitarist in John Mayall's lineage of Bluesbreakers which started with Clapton, Beck and Page. He's popped up in guest spots but mostly he's had a solid career under his own name for the past two decades . . . but outside blues circles... > Read more 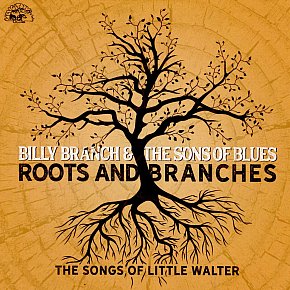 Harmonica player and singer Little Walter – Marion Walter Jacobs – died in 1968 just as the British blues boom was taking off although he'd achieved some career acclaim (he still wasn't 40 when he died after a fight) he didn't live long enough to see how big the blues – and its acolytes – would get in Britain and Europe. A gifted and innovative harmonica player, he... > Read more 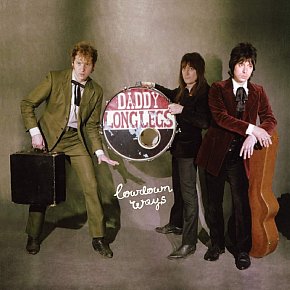 Along the line of rubbed raw blues and minimalist swamp rockabilly which runs from Muddy Waters, early John Lee Hooker and Howling Wolf through the Jon Spencer Blues Explosion, the Cramps and RL Burnside, this New York-based trio of guitar, drums and a honking harmonica/singer have invited acclaim from the likes of Lenny Kaye for their basement punk approach to the idiom. And the now-late Kim... > Read more 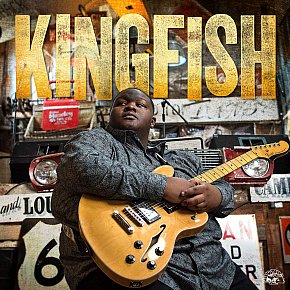 From the scouring and driving opening track on this debut album by 20-year old Christone Ingram – aka Kingfish – you might feel you are in for a pretty familiar electric blues ride out of the Chicago-based Alligator label. But this guy from Clarksdale, Mississippi – Jeez, they are still producing blues artists from there all these decades after Robert Johnson? –... > Read more