Essays and interviews in the world of the arts, architecture, design, journalism, politics and culture. And more, which appeal to the curious spirit of Elsewhere  . . . 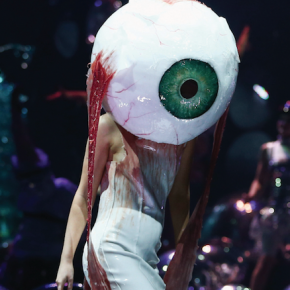 If you haven't seen one, it can't easily be explained to you. But here goes: the World of WearableArt (WOW) has the wow-factor as designers from here and overseas compete to deliver fashion and art to be worn which can be avant-garde, made from recycled material, outlandish or funny. It is an event which has captivated people for whom fashion and style don't often... > Read more 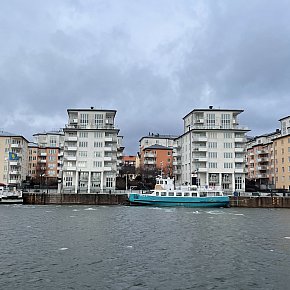 The Stockholm apartment of my son and his wife is modest – one bedroom, bathroom, open-plan kitchen, dining and lounge – but was brand new six years ago when they moved in, has a gas hob and oven, central heating, a train station five minutes away, and the ocean the same distance at the bottom of the street. Down there are walking and cycling tracks, a playground, a couple... > Read more 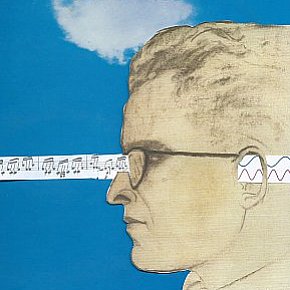 Unlike pop and rock musicians, classical composers can't -- or don't - rely on lyrics ("pie cart rock'n'roll", "goin' down to Otaki") to convey a sense of place or mood. Classical composers (mostly) use pure music for an emotional effect to evoke land, sea, sky and moods. So they think in a different (instrumental) way. Douglas Lilburn (1915-2001) was not just the... > Read more 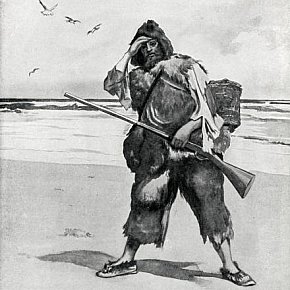 THE VALUE OF BOOKS AND READING (2021): Back to the Islands

Earlier this year Bill Direen approached a number of New Zealand writers for articles, essays, poems or literary reminisences which would be compiled in a book to protest the disposal of books from the National Library of New Zealand. That book has been delayed but the attrition of books continues from the library continues. You can read more at the following sites (Writers Against National... > Read more 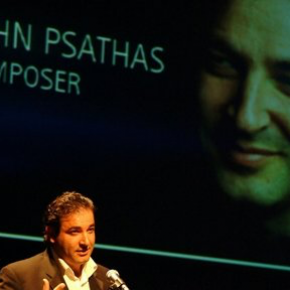 John Psathas is one of this country's most prolific and diverse composers, and the most internationally acclaimed. The New Zealand-Greek composer came to global attention when his music was heard during the Opening Ceremony of the 2004 Olympic Games in Athens. Since then his work has been commissioned by international and local artists, he is a NZ Arts Foundation Laureate and his music... > Read more 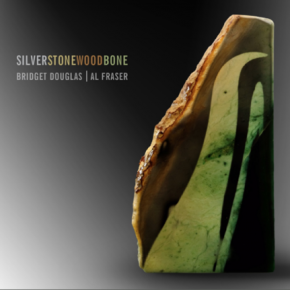 Elsewhere recently added a new chapter to our many already in the “magazine”, it is Further Out Elsewhere and this is where we are placing “sounds beyond songs, ideas outside the obvious, possibilities far from pop”. It's the kind of place you hear sonic experiments, collaborations between seemingly disparate people, unexpected electronic art and . . . well, ideas... > Read more 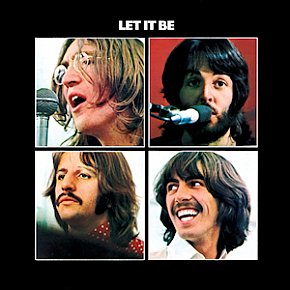 You can't help but note that after their quickly knocked-off debut album Please Please Me (and its cover taking even less time), the Beatles' album covers were considered and became iconic. All except those for their movies. The cover for A Hard Day's Night was just a montage of uncredited stills from the film, Help! was shot by Robert Freeman... > Read more 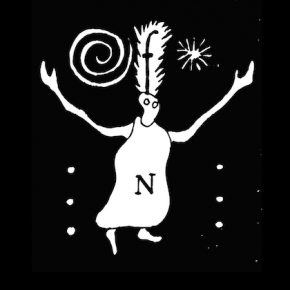 Although late 70s punk invigorated New Zealand music like an angry defibrillator, its most significant legacy – not denying great bands and singles – was the do-it-yourself ethic which handed control to musicians. Independent artists and record labels in the early 80s confronted the complacency of a music establishment relying on international artists and... > Read more 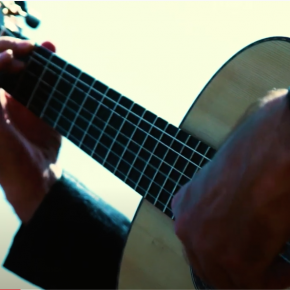 Scottish guitarist Simon Thacker has been a longtime interest/favourite at Elsewhere after we came across him (or he, us?) almost a decade ago. Not many young musicians from a small rural village outside of Edinburgh gravitated to blues artists like Skip James and Blind Willie McTell, worked their way through African and flamenco music, followed the threads back to Rajasthan, the Bauls and... > Read more 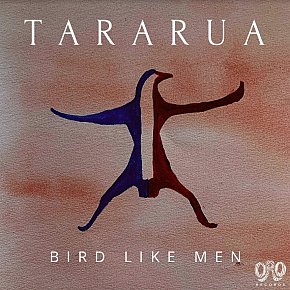 A year ago in a conversation Ruby Solly -- the Pōneke/Wellington-based taonga pūoro artist, singer, writer and film-maker – mentioned how she was of the third, contemporary generation of musicians using traditional Māori instruments. After the kaumatua whose knowledge Richard Nunns, Brian Flintoff and the late Hirini Melbourne drew on as the... > Read more 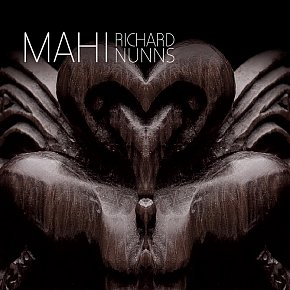 When the histories of the Maori cultural renaissance of the 20thand 21stcentury are written, two musicians will stand proudly alongside the great orators, leaders, artists and writers. They are the late Hirini Melbourne (who died in 2003) and Richard Nunns who, with the guidance of kaumatua, freed traditional Maori instruments (taonga puoro) from the museum cases and brought them back into... > Read more 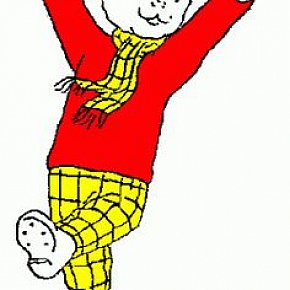 On Sunday, November 8 2020, Rupert the Bear turns 100. To commemorate the occasion Paul McCartney is reissuing the animated film Rupert and the Frog Song in which he voiced Rupert. Produced by McCartney and directed by animator Geoff Dunbar, the 1984 film has been polished and restored with a new audio mix. This is all well and good if you care about it, but what is absolutely... > Read more 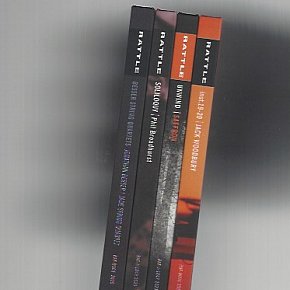 As Rattle approaches its 30thanniversary with something around 160 releases of albums in handsome covers, it is enjoyably impossible to categorise easily what the label does. The shorthand would say Rattle – with more than 40 music award nominations, almost half of which were winners -- captures interesting music from Aotearoa New Zealand, be it contemporary art music, jazz, taonga... > Read more 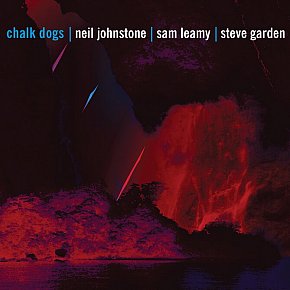 The previous album by Neil Johnstone (synths) and Sam Leamy (guitar) – with taonga puoro player Al Fraser – was the extraordinary Panthalassa which was a powerfully impressionistic series of pieces which conjured up the ancient, fathomless oceans of eons long gone. It was, as we noted, so evocative as to be cinematic. And it is little surprise that here – with... > Read more 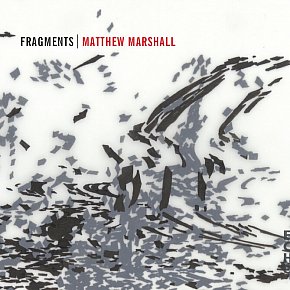 The Rattle label has recently brought back to attention some of the avant-garde music made in New Zealand in the Eighties. But this one from recordings in Radio NZ's archives is very different, although equally welcome. These solo, acoustic guitar pieces by Matthew Marshall were all recorded in the mid-Nineties and they are of works by New Zealand composers from the Fifties to that... > Read more 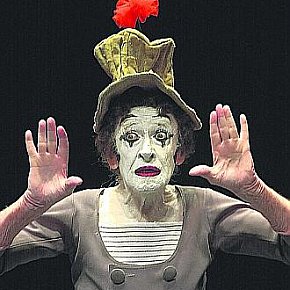 Within minutes, literally fewer than five, Marcel Marceau is back in the unadorned dressing room at Sydney's Capitol Theatre and, still in full pancake makeup, enthusiastically giving an interview after another thunderously received performance.The speed at which this private audience has been expedited and the sheer rush of words from a man whose reputation is built on silence suggests there... > Read more 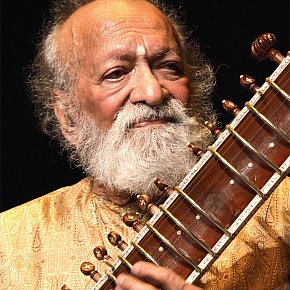 2020 is the 100th anniversary of Ravi Shankar's birth and although tributes had been planned, most have been put on hold. We repost this [ and this personal essay] as our tribute .  The apology couldn’t be more profuse. Three times Sukanya Shankar giggles self-consciously and says, “It's my fault,” each time following it with a litany of “sorry,... > Read more 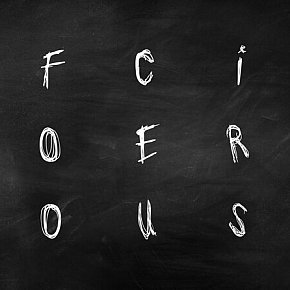 It should come as no surprise to anyone who has followed Bill Direen's diverse musical and literary career that he should record an album for Rattle. He was there before punk, was briefly on Flying Nun then embarked on a career of music (with the Builders/Bilders etc), writing (prose, poetry, journals), theatrical presentations and much more. In the Eighties he flirted with the... > Read more 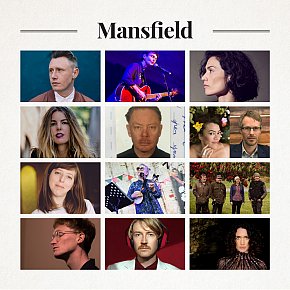 Anyone who endured Katherine Mansfield short stories in high school or is cynical about the growth industry of books, theses, research projects and such around this famous New Zealand author might like to set aside prejudice for this collection. Another project by Wellington singer-songwriter Charlotte Yates – following similar collections of words by Witi Ihimaera, Hone Tuwhare and... > Read more 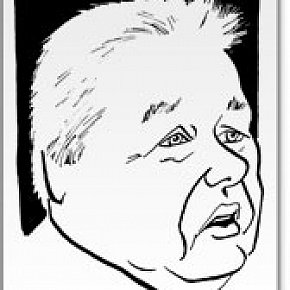 When Billboard magazine – the bible of the international music industry – put classical music on its cover in September '92 with the heading “It’s Cool Again!” there was only one mention of Polish composer Henryk Gorecki in the 18-page insert supplement. And that reference was only to say that despite a stagnant market (unit sales in Britain down 20 per cent... > Read more