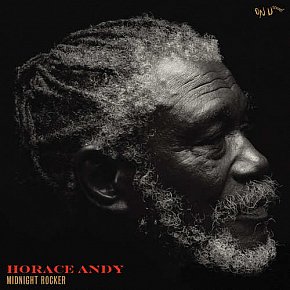 At 71, the great reggae singer Horace Andy needs no House-like rediscovery because he always been active, most familiarly through guest appearances on Massive Attack albums. He brought his stentorian style to their One Love (on Blue Lines) but he also possesses a gentle lovers’ rock style which burnishes his harder edge. Although he has released dozens of albums since his... > Read more 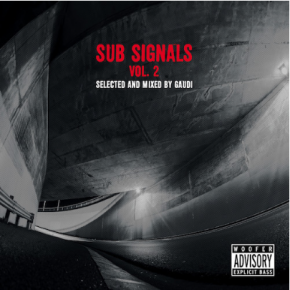 Passing Through, by Aux25 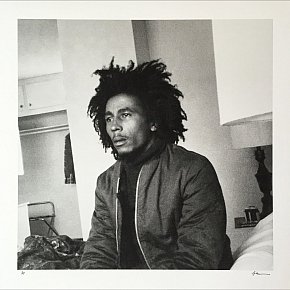 There are two versions of the Catch A Fire album of '73, and both are essential. And the fact that each of these were made and released is a story in itself. The second version – fine tweaked for the international market by Island Records' Chris Blackwell with Marley's approval – might not have sold in the numbers everyone concerned hoped for (#171 in the US, nothing in the... > Read more 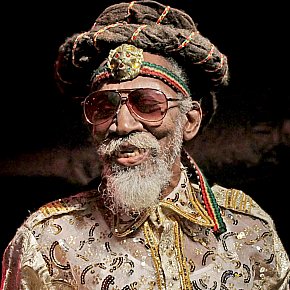 The death of Neville Livingston at 73 – better known as Bunny Wailer – means there are now no surviving members of the famous Jamaican trio the Wailers. Bob Marley died in 1981 and Peter Tosh in '87. Bunny, as we will call him, grew up in the same village -- Nine Mile in the parish of St Ann -- as Bob Marley and they were not just childhood friends but later Wailer's father... > Read more 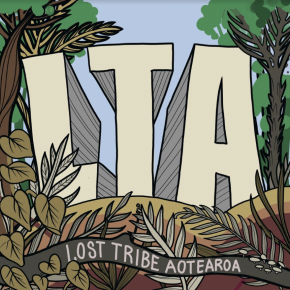 The release last year of the album Holy Colony Burning Acres by Troy Kingi and the Upperclass wasn't just a landmark in local reggae. It reminded – in this land where the genre has devolved into benign and Teflon barbecue reggae – that this music was once (and in the right hands, like Kingi's, still is) the vehicle for messages from the socially disenfranchised, angry... > Read more 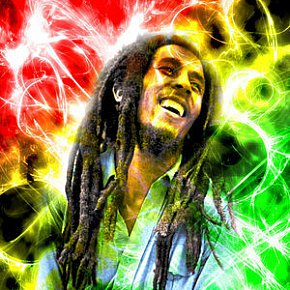 Bob Marley was quite a man . . . nobody seems to have a bad word to say about him. Oh sure, a few wacko reactionaries got het up over the dope thing and tossed him into the Godless Heathen Corrupting Our Youth basket. But here was one spliff smoker who would run 10km before breakfast, was always keen to play a game of soccer and knew more scripture than most Anglicans. Interesting... > Read more 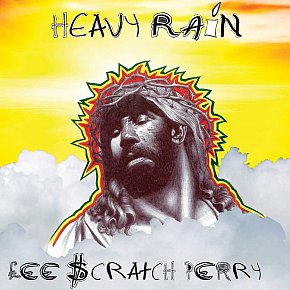 If the renegade Perry's Rainford album of earlier this year – produced by Adrian Sherwood – seemed to signal some final statement from the dub master then it was yet another piece of misdirection. Because he has just released another album (the dub-heavy Life of Plants) and now this, a reworking of Rainford material and other snippets and... > Read more 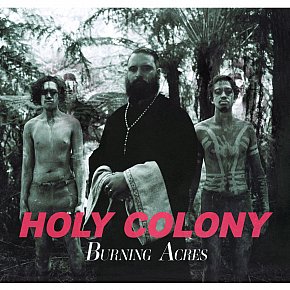 If Troy Kingi's impressive double album debut Guitar Party at Uncle's Bach announced a singer/guitarist and songwriter of considerable breadth and accomplishment, the follow-up Shaky Your Skinny Ass All the Way to Zygertron was a largely shapeless psychedelic journey which, while enjoyably self-indulgent, never quite gripped – unless perhaps you were very stoned. This new one however... > Read more 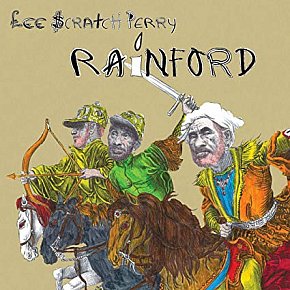 On his 1986 album Battle of Armagideon, the great producer/mixer/ dub magician and studio alchemist Lee “Scratch” Perry opened with Introducing Myself. By that time he hardly needed to, for more than a decade he had been legendary for his approach to a recording studio and had delivered early classic Bob Marley albums, Max Romeo's essential War ina Babylon and Heart of the... > Read more 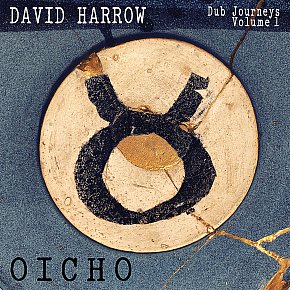 Dubheads rarely need a second invitation because they know approximately what they are getting with a dub album. And the pedigree of David Harrow (aka OICHO) is impeccable: witness his work with Lee Perry, Bim Sherman, Jah Wobble, Salmonella Dub and the Headless Chickens locally, African Headcharge and many more. These 10 deep, synth-heavy tracks – very astute sound collages... > Read more 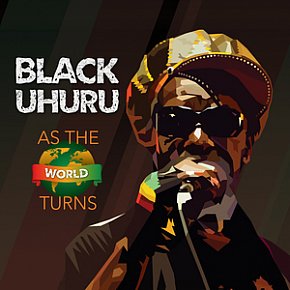 In the late Seventies and early Eighties Black Uhuru out of Jamaica were one of the most important and convincing reggae outfits on the planet, delivering righteous albums on Island Records and spoken of in the same breadth as Bob Marley while bringing an edge of electronics into the genre with Sly'n'Robbie. The classic line-up was Michael Rose, Puma Jones and the band's founder Duckie... > Read more 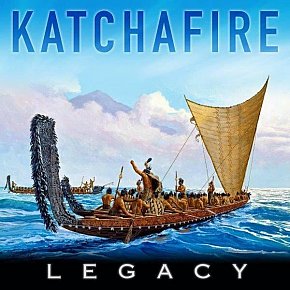 Many contemporary writers with long memories or those with a decent understanding of music history quite rightly point out that when reggae emerged out of the poorest areas of Jamaica it was the rebels' and outsiders' music. And as such was frequently freighted with righteous, indignant and heavily socio-political messages. It had global appeal for the angry, disenfranchised and... > Read more 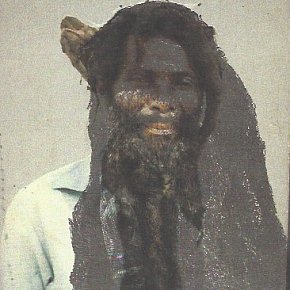 Strange as it may seem, reggae albums – and some pretty rare ones – were not that difficult to find in New Zealand from the late Seventies and throughout the Eighties. British labels were picking up Black British reggae bands like Steel Pulse, Matumbi, Aswad and others; the likes of Linton Kwesi Johnson, Black Uhuru and Culture were on Island Records (Bob Marley's label);... > Read more 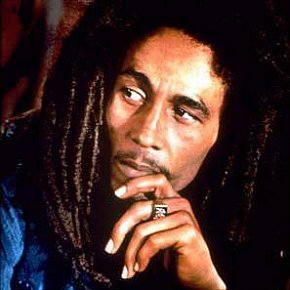 Summertime in the late Nineties and I am walking in the Blue Mountains west of Sydney. Around the corner come two Maori guys who greet me with eyebrow flashes and a hefty, "Kia ora." We run down a quick exchange: "Do you live here?" "Nah, just over for a few days ..." And so on. Finally I ask: "How d'you know I was from New Zealand?"... > Read more 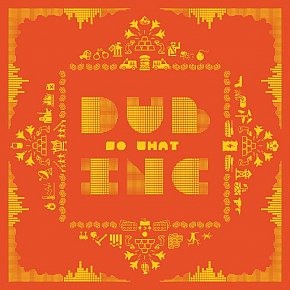 This French outfit – who do exactly what their band name claims – appeared in New Zealand at the 2014 Womad and were rightly acclaimed . . . although selling reggae to a Kiwi audience isn't exactly a stretch. What sets the ensemble apart from many other practitioners in the good-vibe groove is how they co-opt gruff-voiced ragga, sometimes aggressive percussion, allusions... > Read more 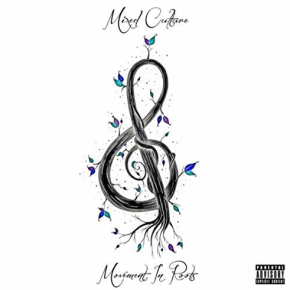 No sentient being could doubt the global reach of reggae which we have essayed previously . . . but it is rarely better evidenced than the existence of this double CD: one disc of the rootsy songs; the other of dub versions. The family of this group's founder, Cisco Lagomarcina, returned to their homeland Peru from New Jersey in the Nineties where he discovered roots reggae (music from... > Read more 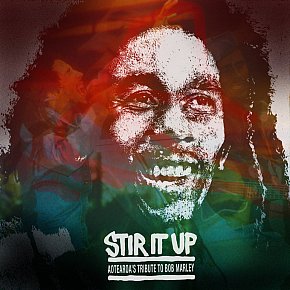 Some months ago when Universal Music wanted to commission New Zeaand artists to interpret songs from Bob Marley's catalogue, I was invited to write the proposal to be presented to the musicians. The musicians responded quickly and a few weeks ago I was invited to listen to a collection of these interpretations and, if I liked what I heard, write a press release and the album's liner... > Read more

Could You Be Loved, by Aaradhna 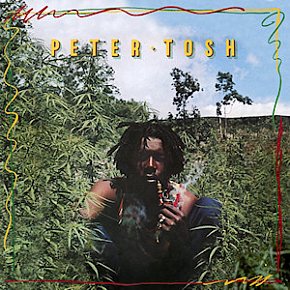 This expanded-to-double-vinyl edition re-presents the '76 debut by the former Wailer who carried a number from that band into the sessions. While Bob Marley delivered the serious Rastaman Vibration and Bunny Wailer dropped the exceptional, dark and roots Blackheart Man the same year, Tosh hit the middle ground, pushed pleasure over the political (although that's here too) and in the... > Read more 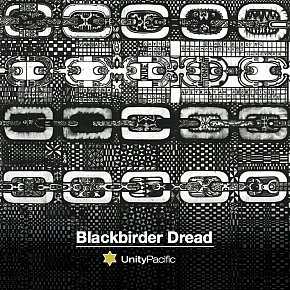 Reggae musician and Rastafarian Tigi Ness -- who helms this long-running band into it's third album -- is a man who walks with the past as his close companion. On Unity Pacific's debut album From Street to Sky he referred back to Springbok tour and the Red Squad, and his faith allows him to take a Biblical long view. But he also knows the sufferings of his contemporary world and one of the... > Read more

We Are All Palestinians 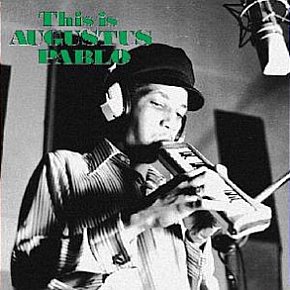 In the mid-Seventies the hypnotic sound of Augustus Pablo pulled 95bFM listeners close to their radio, because host Duncan Campbell used a Pablo piece (the leisurely Up Wareika Hill) as the theme to his groundbreaking roots reggae programme. Campbell's show was appointment listening and if you heard it the memories will flood back with the reissue of this classic album from '73 where... > Read more