This page offers the opportunity for other opinions to be added to Elsewhere. Contributions should be around 600 - 1000 words and can be sent to Graham Reid for consideration. (Use the "contact" link, bottom left.)

And because this is Elsewhere, there are no constraints on the subject matter. A small idea written large or a big idea distilled down are equally acceptable. We invite your contributions. 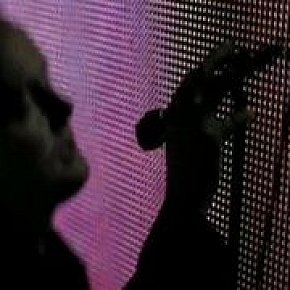 Music and the performance of music are to me a public communion of grace; to share, collectively, in some form of majesty beyond self, of pure surrender and release. Obviously in a post Covid-19 world the luxury of congregation has been temporarily removed from us but Music’s facility to engage multiple minds via the recorded medium means that we can still share and connect. ... > Read more 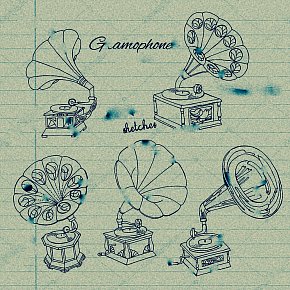 Monsieur Rayon's Gramophone is a collection of commissioned works for the would-be film 'Monsieur Rayon's Gramophone'.  The film-Makers have given me permission to pre-release these 'works in progress' separately as it is now uncertain whether the film will now go ahead. The storyline follows the colourful life of Monsieur Jean-Claude Rayon an unusual French... > Read more 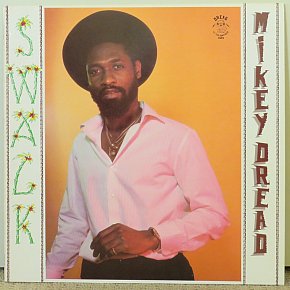 When Mikey Dread was signed to UB40'S label, DEP International in 1984, the label used their very successful radio plugger company to promote Mikey and the other signed act Weapon of Peace. “Plugging” was a term for “promotions” particularly pertaining to radio & TV outlets. Mikey's first single for DEP was Reggae Hit Shot b/w Pave the Way. I was... > Read more

Ed Note: Luke Hurley is a well-known New Zealand musician, prolific recording artist (his new album Happy Isles is reviewed here) and has been a common sight as a busker. He is everywhere, and yet few know of his fascinating upbringing which he shares here. Rather than change Luke's words, spelling and style we leave it just as he wrote it. . Born Kisumu Kenya moved to Zanzibar... > Read more

One of the most important skills every guitarist has to learn is guitar tuning. It is necessary to tune the guitar almost every time you play, and trust me, you don’t want to give your axe to the guitar master every day for that. Why? Cause it’s not as tricky as you think! Tuning is no rocket science, and here I’m gonna cover all the important things you need to know to... > Read more

This we know: the Sixties in America was a period of cultural, political and social change. The decade brought historic counterculture movements, led by the new liberal generation. The counterculture movements included the Civil Rights and Feminist movements, the freedom of sexuality, and the demand for peace as the American government was sending troops into the Vietnam... > Read more

Well, home now in the peace and tranquility of Tasman, between Nelson and Motueka where I reside, from what has been a full on 10 days in Sydney. This has been the beginning of a huge process of recording my third album at Asquith Studios, in another amazing setting on the edge of the Australian bush, being woken by the kookaburras, and feeding the rainbow lorikeets by hand between... > Read more

When you say the words ‘music city’, thoughts naturally go to the most famous of those: Nashville, Memphis, London, NYC, Austin… But the term Music Cities is more frequently used now as a descriptor for cities which have switched on to the transformative power of music, and are harnessing that power to not only improve local music communities, but to use it as a social... > Read more

While attention has doubled back onto the late singer-songwriter Harry Nilsson thanks to the integral use of his 1971 tune Gotta Get Up in the Netflix hit Russian Doll, his knack for getting inside your head and capturing the zeitgeist with his music has been happening for more than half a century. In 1967, he created a sort of Russian doll of his own, embedding multiple... > Read more

Travis Scott plays the magician in his 2018 album Astroworld, crafting an underworld of slurred auditory hallucinations for his audiences. A Houston rapper true to his roots, Scott’s musical success led to unhindered access to the drugs and alcohol he has been glorifying along the way. His most recent album leaps beyond his previous solo work and numerous features on fellow... > Read more

Editor's note: Longtime Elsewhere subscriber David Trubridge is well-known in New Zealand for his range of lights and designs. But over recent years he and his company have produced a wide range of installations and commissions both here and overseas. He shows us here some of his recent work and also a short film about his ethos and ideas. The header image shows a lighting... > Read more

Editor's note: Dudley Benson is unique in the musical landscape of Aotearoa New Zealand, his musical projects stretch from pop sensibilites to sonic landscapes, from European classical traditions and choral work to respect for Maori waiata and traditional Maori instruments. It is music which is consciously artistic and even consciously art music, but is also reaches into deep emotional and... > Read more

As music lovers around the world celebrate the 50th anniversary of the Band’s landmark Music From Big Pink debut, MAGNET’s Mitch Myers digs a little deeper to introduce you to some lesser-known, sonically similar, mostly non-American artists from that time period, and the You Tube clips to back them up. . When the Band released... > Read more

Rael Died for Our Sins: A new analysis of The Lamb Lies Down on Broadway The Lamb Lies Down on Broadway by Genesis – written by Peter Gabriel and released in late 1974 – begins with an instrumental opening passage. The piano is playing a virtuosic pattern, faint echoes of a moving guitar, distant chimes. We’re being welcomed into a mystical world and a fictional... > Read more

Fly on A Windshield

From the Elsewhere editor: It is in the nature of change that music venues come and go but a new music and relaxation space – sophisticated, central, slightly secluded and very tasteful – has just opened in Auckland, and it is more than just a venue. It is the project of rock photographers Robert Knight and Maryanne Bilham who – separately and as a couple – have... > Read more 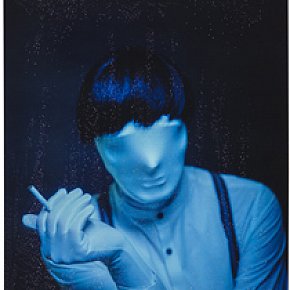 In keeping with the Jonathan Bree’s idea of anonymity and a no-image images as seen on cover of his third album Sleepwalking, we here introduce “an inside source” to comment on the songs which are heavy orchestrated element featuring real strings, horns, celeste and soprano vocals. Elsewhere has reviewed the album here but are happy to present a more detailed track-by-track... > Read more 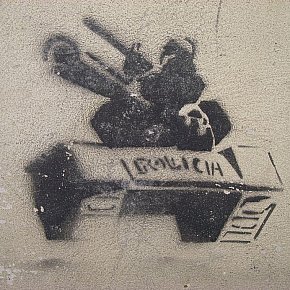 Editor's note: The late David G Brown was born in Tuakau, a small town south of Auckland in New Zealand. In the course of his life -- he died in Helsinki, Finland in 2015 -- he travelled to 100 countries and among them some of the most blighted, damaged and dangerous on the planet. His collection of journeys to these places and his impressions has been posthumously published as Hellholes of the... > Read more 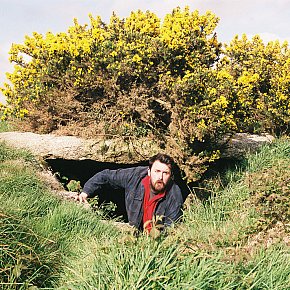 When writing the last Red River Dialect album, which was called Tender Gold and Gentle Blue (2015, Paradise of Bachelors, through Southbound in New Zealand), my everyday was infused with a magnificent, radiant sadness. A sudden space of loss had opened up and swallowed all sorts of exhausting but addictive inclinations: to hunt for volatility, nurture delusions and... > Read more 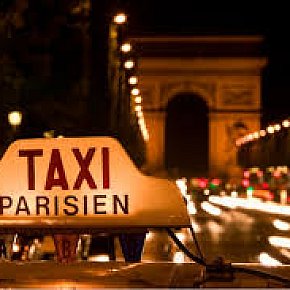 That day in the early Nineties did not begin on a high note. An associate at Partridge & Storey, the music PR company I worked at in London, had to cancel going on the trip with me and forgot to hand over the envelope containing the cash funds for the taxi driver who collected me. But I picked up radio station Kiss FM journalist Lisa I’Anson on the way to Heathrow, running... > Read more 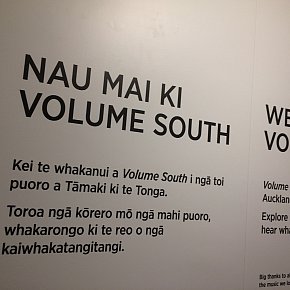 Editor's note: Dr Stuart Middleton has been a longtime educator and academic and is currently Specialist Advisor to Chief Executive and acting dean in the Faculty of Creative Arts at MIT (Manukau Institute of Technology). This is his speech on the opening night of Volume South, a free exhibition which runs until Friday August 31 in the atrium of the MIT campus building. For more on the... > Read more