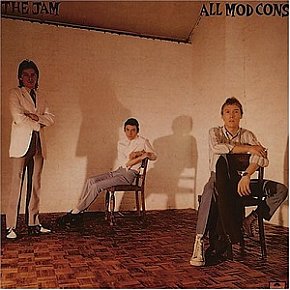 If Liam Gallagher yearns for Oasis again and brother Noel still wants Paul Weller's career, then we need only go back to this '78 album by the Jam to hear Weller aspiring to be the post-punk Ray Davies. And largely succeeding. “To be someone must be a wonderful thing”, as the second track says. This third album by the Jam steered by singer-songwriter Weller... > Read more 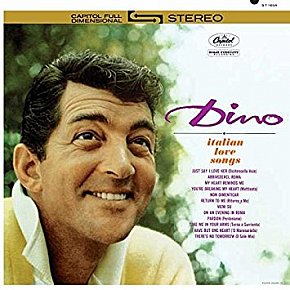 The fact is that every home should have a Dean Martin album or two, and those with a sense of humour will go for one in a really stupid cover (like this). Dean Martin was, as we have mentioned previously, profligate with his gifts and never really felt the need to stretch himself or prove anything to anyone. He would walk into a studio or onto a movie set, do his bit and then go the... > Read more 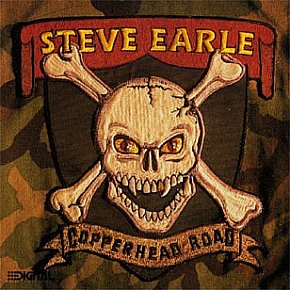 In some ways Steve Earle is still much as he ever was, full of righteous anger, on the side of the working class and downtrodden and bristling with great songs. This 30-year old album has long been an Essential Elsewhere selection (there is an essay about why here) and also apperaed as a Bargain Buy on CD at one point. But we bring it to your attention again, not just because it's a... > Read more 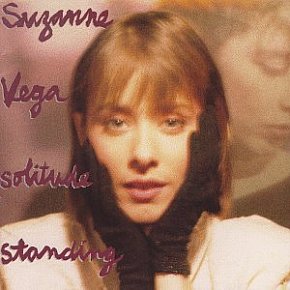 In recent years Suzanne Vega -- who came to attention wth the beguiling Marlene on the Wall song on her self-titled debut album in '85 -- had taken to going back into her catalogue and re-recording her songs as part of her themed Close-Up series. That was in part a response to her former record company stil retaining owneship of her master tapes. That the project didn't do as well as she... > Read more 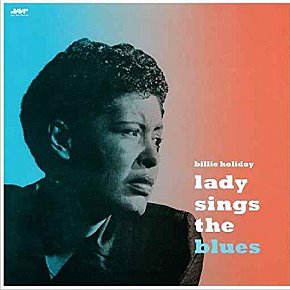 Anyone who has followed this fairly frequent column where we suggest reasonably priced records to expand your collection knows that, as a consumer service, we try to aim wide. In the past we've recommended Motorhead and Miles Davis, Bjork and Bob Marley, Nick Cave and Chuck Berry, and Fatboy Slim, The Band, The Who, Soundgarden and more. That's seemingly a scattershot, but if you look... > Read more 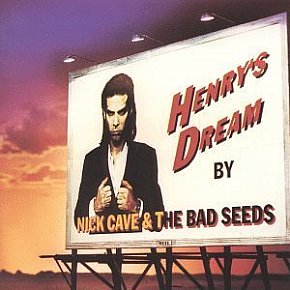 By the time Nick Cave and the Bad Seeds got to Henry's Dream in '92 much had changed in their world: the band line-up had stabilised with bassist Martyn P Casey also officially joining the recording team, Cave had moved to Sao Paolo and found new inspiration in the streets and as well as his new-born son and their move from cult status to more mainstream acceptance was well underway.... > Read more 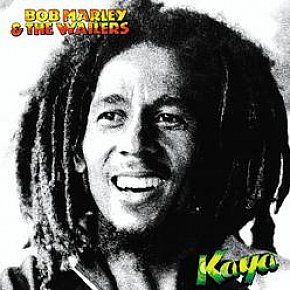 Coming between the mighty Exodus of '77 and the subsequent studio album Survival (also equally political and righteous), Kaya was a breathing space where Marley mostly engaged with the One Love side of his personality and let the Get Up Stand Up be set aside for a moment. Tellingly it was around the time when he got Jamaica's two political rivals on stage at the One Love Peace Concert... > Read more

This album from '93 remains one of the most extraordinary debut albums of the past 30 years, where Bjork announced herself as a singular talent outside of the Sugarcubes which had fallen apart the previous year. It wasn't actually her solo debut (there'd been one as far back as '77 in Iceland when she was about 12) but this is where her journey really started, in the company of... > Read more 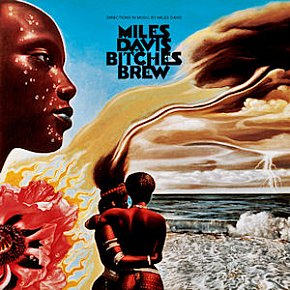 It's a somewhat embarrassing confession for Elsewhere to make – especially given the couple of dozen Miles Davis records on the shelves – that we've never a copy of Bitches Brew on vinyl. A ratty cassette tape recorded from a friend's album, yes. An early but not very good CD copy, yes. The damn fine Legacy Edition CD set with extra and unreleased tracks, yes that too.... > Read more 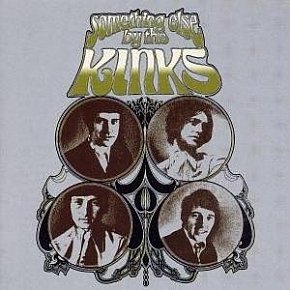 While most of the world was losing its head to psychedelia and day-glo, Kinks' songwriter Ray Davies burrowed even deeper and deeper into his domestic observations of English life on this album, in part self-produced and the rest by their longtime producer Shel Talmy. Despite -- or perhaps because -- his classic single Waterloo Sunset which had come out previously, the Dylanesque hit Death... > Read more 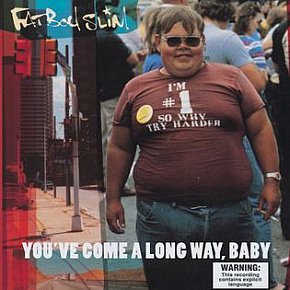 Slightly funny and true story: Back in the distant past Fatboy Slim -- aka famous DJ Norman Cook -- was coming to New Zealand and at the Herald we arranged for one our feature writers -- who'd expressed interest in doing something rock'n'roll rather than another worthy health story about children -- to interview him. The time was arranged (about 9am as I recall) and right on the dot he... > Read more

Most bands have at least one defining song and for Motorhead – if it isn't their idiot-classic Killed by Death – it is the title track of the '80 album. Their sound was by this time, their fourth studio album, an archetype of metal with furious punk energy which birthed thrash metal but was angry enough to hook in the middle class British punks alongside their working... > Read more 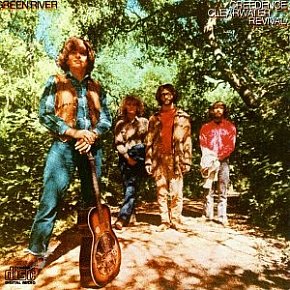 In a freewheeling and enjoyable interview before a solo show in 2005, John Fogerty -- mainman behind CCRevival -- laughed about how at the height of the counterculture in the late Sixties bands like the Greatful Dead and Quicksilver Messenger Service openly expressed envy at his band's success. They wondered how they couldn't get hit single on the radio, he laughed, but of course they... > Read more 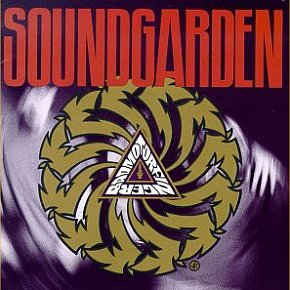 Although some defer to this band's earlier EPs and, somewhat perversely to their SST album Ultramega OK, the Soundgarden story really started here in terms of their ascent to fame and some kind of world domination in the grunge era. If their location and the media labelling -- grunge = Seattle -- was as annoying as it was largely incorrect, it hardly mattered because the singles Rusty Cage... > Read more 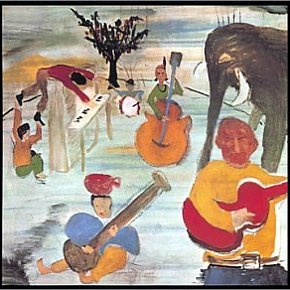 Although it might be drawing a long bow to suggest alt.country started about here with this '68 album by The Band (with Bob Dylan within ear-shot), it certainly – along with Dylan's John Wesley Harding of the previous year – made many people think about an older style of music, imagery and songwriting in the heady days of hippiedom. And it came at a time when America... > Read more 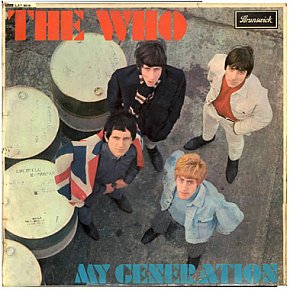 In a classic cover -- bassist John Entwistle sporting the famous Pop Art-referencing "Union Jacket" -- the Who's debut album of '65 captured the youthful energy, anger, self-doubt and generational unity of the moment. There had been a massive socio-cultural shift with the success of the Beatles and all who followed in their wake: London was the centre of popular culture for... > Read more 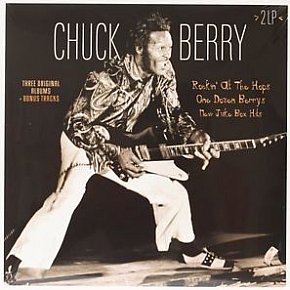 With only one notable exception – his godawful '72 hit My Ding-A-Ling – nearly all of Chuck Berry's greatest songs came in a rush on the Chess label in a five year period from August '55 when he released Maybellene. This digitally remastered collection of three original albums onto high quality double vinyl includes Sweet Little Sixteen, Reelin' and Rockin', Rock and Roll... > Read more