Elsewhere recommends interesting or Essential Elsewhere albums -- or useful collections by important artists -- which come at a low price. Build a real world collection of discs beyond what you have invisibly in your iPod, laptop or memory stick. 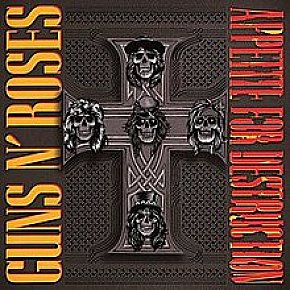 People say the most stupid of things about rock music – “The Stones are greatest rock'n'roll band in the world, maaan” – so let's join the herd by stating this unequivocally: If you don't get off on Guns N' Roses debut album Appetite For Destruction then you are not genetically disposed to “fckn' rock, maaan”. No matter which way you cut, Appetite in '87... > Read more 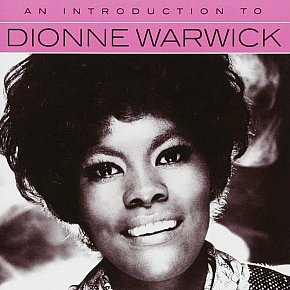 Yes, she was sometimes a little flaky (adding an “e” to her surname at the recommendation of her astrologer, infomercials on the Psychic Network) and sometimes had a troubled life (marriages, big problems with the tax department) but at her peak in the Sixties – and in truth often enough since then for her to always be of interest – Dionne Warwick was a sophisticated... > Read more The recent re-screening the complete seasons of Flight of the Conchords on a Sky channel allowed a bit of distance on this decade old series and the chance to see if it still stacked up. It did, very much so. It is entirely possible there are people out there who missed this droll comedy show which made hilarious jokes about New Zealand, the music business, New Yorkers and so much more.... > Read more 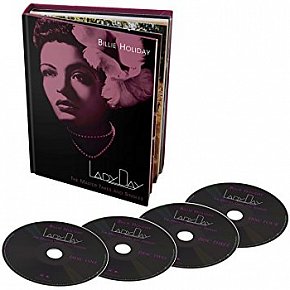 Although we have previously drawn attention to the excellent and modestly priced record ($25) of Lady Sings the Blues as one of our Hi-Fi Vinyl selections, we can't help but point to this four CD set with a 40 page booklet. As with many jazz singers, the great Billie Holiday probably recorded too much and so some of the tracks here don't enhance her reputation that much, if at all. But... > Read more 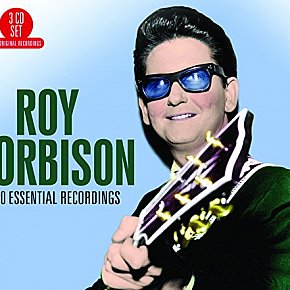 Now that Roy walks among us again – or at least appears on stage as a hologram almost 30 years after his death – lets throw a spotlight on his early catalogue which was when he made his name with classic, almost operatic and dramatic songs such as Only the Lonely, Running Scared, Crying and Leah. He also delivered some fairly vacuous stuff (Ooby Dooby) alongside the classy pop... > Read more One of the more interesting developments in the past decade has been the rehabilitation of disco and many artists in their Thirties – especially those with tastes so eclectic to point of being musically ADHD – are incorporating the mirrorball grooves in what they do. And in most instances it isn't even ironic. Disco, boogie, dancefloor funk or however you style it – as... > Read more

You, by Samuel Jonathan Johnson 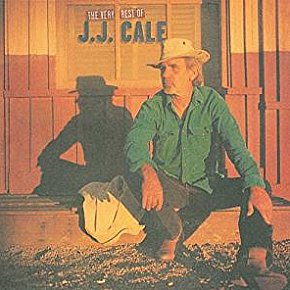 Detailed though it was about many aspects of Eric Clapton's personal life and musical influences, the recent doco A Life in 12 Bars did have some key omissions, not the least the influence of reggae and JJ Cale on him. Cale, who died in 2013 aged 74, was also a major influence on Mark Knopfler. But he was such a pivotal figure in Clapton's musical life (Clapton covered the low-key... > Read more 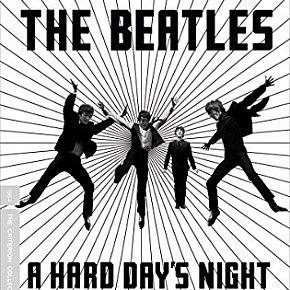 What can you say about this classic, funny, cynical and joyous movie other than that every home should have a copy. It is the gateway DVD into the Beatles for most teenagers who might wonder what all the fuss was about but can easily be swept up in the excitement of the opening scenes, or the smart ones picking up on Lennon in the train carriage sniffing the Coke bottle, a joke that went... > Read more 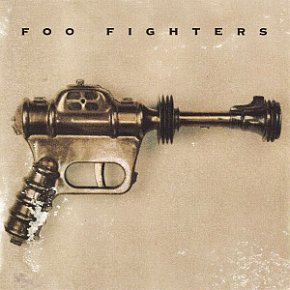 Hard to believe but it is getting close to 25 years since the release of the first, self-titled Foo Fighters album, essentially a solo album because former Nirvana drummer Dave Grohl recorded it himself playing just about every instrument. It remains a classic pop-rock album -- some felt it not grunge enough but that door was closing after Kurt Cobain's death a year previous -- and was a... > Read more 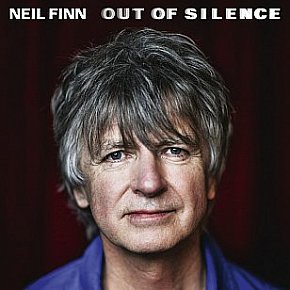 Our long-running Bargain Buy column -- cheap-as-chips CDs through JB Hi-Fi -- has somewhat taken a back seat lately because so many people are streaming and more and more are looking to vinyl. That is why we instituted our Hi-Fi Vinyl column. But . . . we also came upon Neil Finn's most recent album Out of Silence. Now it might not seem like our traditional cheap-as CDs but -- at... > Read more Our regular Bargain Buy series has most recently given way to our Hi-Fi Vinyl pages because we get that people are moving from CDs (still good in the car though) to streaming. But there is always a place for cheap DVDs in this NetSkyFlixYouTube world. And the other day at JB Hi-Fi we came upon this four DVD set for a paltry $22. It's a broad synopsis of the Beatles' career... > Read more 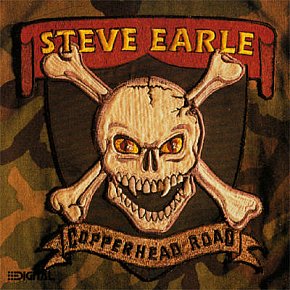 Because Steve Earle's gritty Copperhead Road of '88 has long been an Essential Elsewhere album there's probably no need to re-address it here. You check this link for the details of why it is such a standout. But in brief it is that marriage of political and social engagement, an outsider's view of the path most travel, comes with real world drug references and had contributions from... > Read more 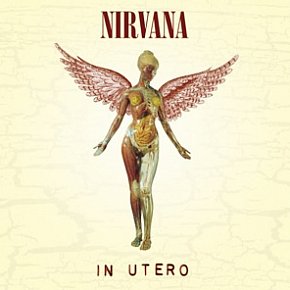 Has it been almost 25 years since this, Nirvana's final studio In Utero? After the unexpected success of Nevermind, Kurt Cobain wanted to re-establish their outsider and gritty position and so this was originally recorded with producer Steve Albini. After that the story gets a little more complex (Scott Litt coming in to make some sonic changes) but from the cover inward this was a... > Read more 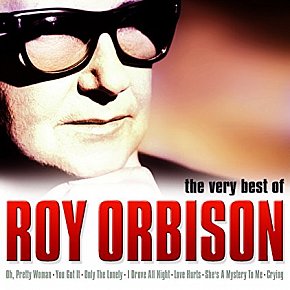 It goes without saying, surely, that everyone should own some cornestone Roy Orbison songs, if not the excellent Monument Years box set. Orbison was a genius when it came to conveying pain, hurt and even self-pity (but without the lachrymose overkill of someone like Johnny Ray). Orbison's hurts were mature and deep, but also just below the surface. And with his dramatic voice he conveyed... > Read more 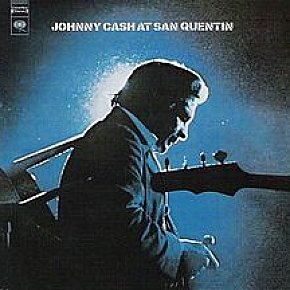 The reputation of the late Johnny Cash is supported by such strong poles that even his worst moments cannot shake his legacy. Those hefty props include his early Sun sessions, his themed albums of train, Indian and cowboy songs, his inclusive television shows, the performances and recordings at Folsom and San Quentin prisons, the American Recordings with Rick Rubin and a few more.... > Read more With the imminent release of the remixed Sgt Pepper's on its 50 anniversary (released May 26 in various versions from single CD and vinyl to box set), it's timely to listen again to Jeff Lynne's ELO, widely considered the band which picked up the mantle of the Pepper/Magical Mystery Tour style and took it off into a series of pop hits. This 20-song collection reminds you just how many... > Read more 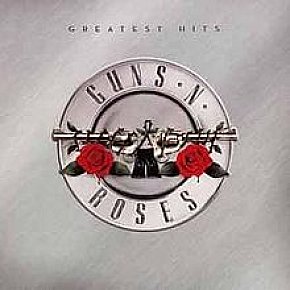 As rock and pop culture goes about celebrating anniversaries (and the inevitable expanded edition reissued albums) here’s one to consider: it was 30 years ago when Guns N’ Roses sprang out of LA clubs with their debut album Appetite for Destruction which topped the US Billboard and New Zealand charts, and launched their career on the back of great songs like the glorious six... > Read more 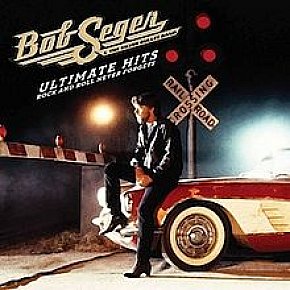 Elsewhere is a place with few rules but there are two: that Cher be worshipped as the goddess she is, and that Bob Seger should be spoken about in the same breath as other great Michigan rockers like Mitch Ryder, MC5, the Stooges and the White Stripes. Bob Seger should have been as big as them all and he certainly had his shots at fame from time to time. His... > Read more Although the late Leonard Cohen had numerous fans in this country who flocked to his concerts (and were rightly rewarded) some of his albums in the past decade went past most people. Hardcore Cohenites – which sounds very Old Testament when you write that – would have heard albums like Popular Problems of 2014 and this one from 2012 where he embraced the impending darkness... > Read more When Bruce Springsteen released this thumping great three CD set ("over three and half hours of live music" and "eight previously unreleased tracks") his many naysaers were delighted when it seemed his record company had misjudged demand and record stores were returning the boxes by . . . umm . . . the boxload. But that was some months later and the set had sold four... > Read more