Graham recalls the stories behind some of the many hundreds of music interviews he has done with artists like Henry Rollins, Rod Stewart, Quincy Jones and Mick Jagger.

And many lesser talents. 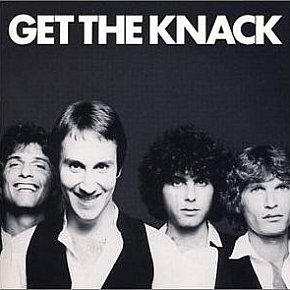 Okay, this is how I remember The Knack and its lead singer Doug Feiger, but it was a long time ago so the memory may be dodgy. It was August 13, 1979 to be exact and the ads boasted "biggest band in the world in NZ at their peak". They were playing at Mainstreet in Auckland. That claim was true, oddly enough: at the very time The Knack from California were playing in... > Read more 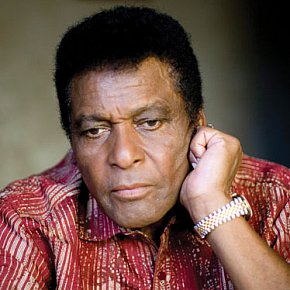 The phone call was going to be a simple one. The gentleman in question was truly one of country music's real gentleman, Charley Pride, the black singer who had conquered the whitest music genre in America and won fans over with the comfortable demeanor as much as his warm baritone. So I was prepared to ask about the colour lines in country (secure in the knowledge he would polite to... > Read more 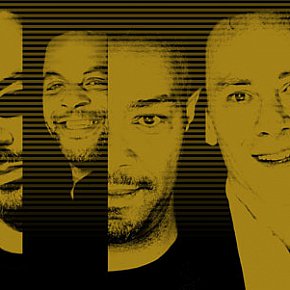 It was a few years ago now, but UB40 were back for another New Zealand tour. Well pardon my lack of enthusiasm. It's not that, like most critics, I don't have much time for their MOR reggae. I don't, but with me it's much more personal . . It was my misfortune to spend a day with the band in Birmingham many, many years ago. But the memory is etched into my brain. My time in... > Read more 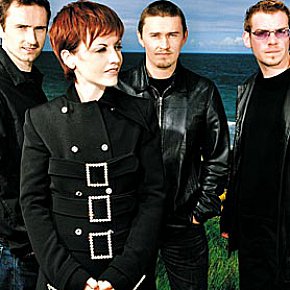 At the time, flying from London to Tokyo to interview the Cranberries seemed like a good idea. It was May '96 and they would be coming to New Zealand for a show shortly afterwards. My job -- at least in the mind of the record company and promoter who were footing the bill -- would be for me to interview the band, see the show, get excited, and have the article out so ticket sales would get a... > Read more

Aside from meeting some interesting (and ocassionally odd) people, interviewing musicians gets you into some different places. In another life I doubt I would have ever been backstage at the Village Vanguard and Carnegie Hall in New York, inside Abbey Road, in expensive hotel rooms in places like Tokyo or Los Angeles, or sitting in a BBC studio while the Foo Fighters recorded together for the... > Read more 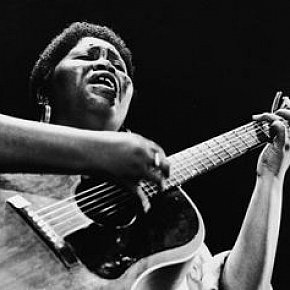 To be honest, I had largely forgotten about Odetta until she died in 2008 at the age of 77. I imagined her as much older actually as she seemed to have been around since Biblical times, or at least all of my life. The great folk singer and activist had been an influence on the young Bob Dylan and Joan Baez, had sung in small halls and cafes, and when Rosa Parks was asked what songs meant... > Read more

Odetta: God's Gonna Cut You Down 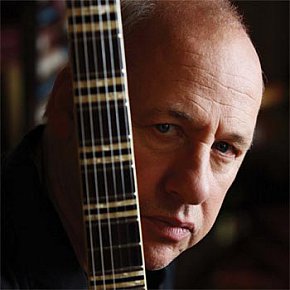 When former Dire Straits man Mark Knopfler came to New Zealand to play in 2005 I read the interview in the Herald about his terrible motorcycle accident . . . and burst out laughing. Not because of his injuries but about how he was described. He sounded like he was still the same miserable, awkward cuss I had met a few years previous. The hilariously unintentional subheading in... > Read more 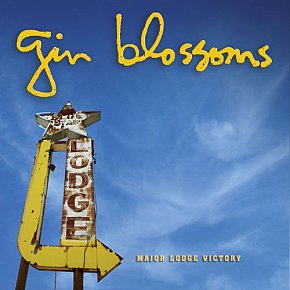 Sometimes just getting to a gig can be a mission -- and I don't mean waiting for a cab to get you across town. My cab arrived exactly on time, it was the rest of it which was haywire. Just as the taxi pulled into the driveaway to take me to the airport so did the courier with my airline tickets and rock'n'roll itinerary for a sprint around the US doing interviews and seeing shows. The first... > Read more 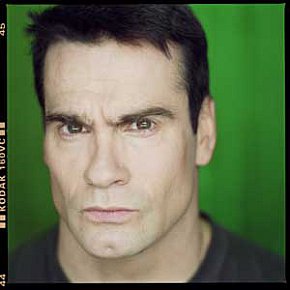 There are some musicians you don't want to meet. For me Neil Young is the never-again category for rudeness, and Henry Rollins just as matter of personal safety. He was a nice guy actually, but he almost broke my hand. Deliberately. It was on his first tour to New Zealand and he was in his ranting-poet mode rather than fronting some noisecore band. I was asked if I wanted to... > Read more 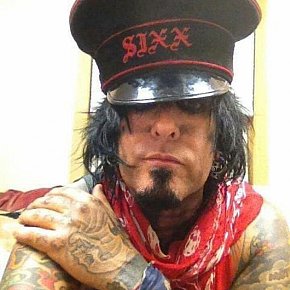 To tell truth, out of the many hundreds -- indeed thousands -- of musicians I have interviewed very few have been downright stupid. Sure some fumbled for words, others said slightly silly things, and most just blathered on about The Album or whatever. But that's fine. We shouldn't ask anything of musicians other than they make great music. I never thought Motley Crue did.... > Read more 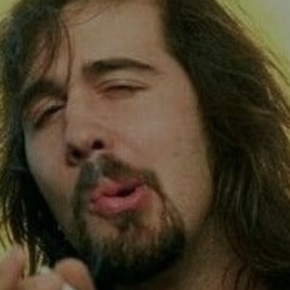 Some people just aren't that smart. At least that's what I thought about Nirvana bassist Krist Novoselic when he tossed his bass high in the air at an MTV awards show and failed to catch it on its way back down. It hit him on the nose (see clip below) and he was felled in a pool of blood. Rock'n'roll, huh? I met some people who were in the green room backstage at those awards and... > Read more 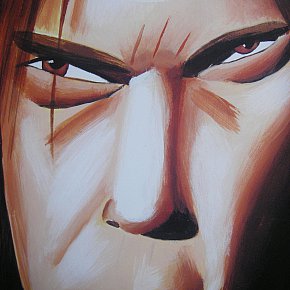 Nothing showy here, but I've spoken to Neil Young three times. And the man was boring and awkward every time. But that's just my opinion. I've never understood why musicians -- especially those with as many track miles as Neil Young -- bother with interviews if they don't want to talk. Why do they subject themselves, let alone anyone else like a working journalist, to the indignity of such... > Read more 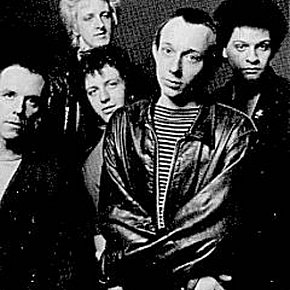 Back at the dawn of time -- for two periods in 1980 and 1981 to be precise -- I had a programme on Radio Pacific on Saturday evening, sandwiched between the Rugger Buggers sports show and, of all people, Hollywood gossip David Hartnell. It was all free-format music (not a term used in radio these days, it means you could play what you liked) and so I had great fun. The second period was... > Read more

Magazine: Shot By Both Sides 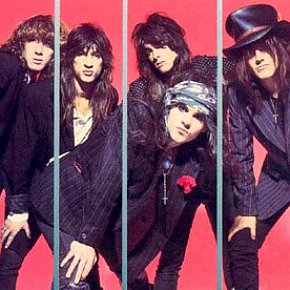 The press didn't rate them at the time, they had a solid and loyal following of largely uncool fans, and they themselves seemed to take it all as a joke. It was only rock'n'roll, but they liked it. My friends either didn't know of them and didn't care to, or did and hated them. I liked 'em. They were the Quireboys and we met in a London rehearsal studio in the early Nineties. ... > Read more

The Quireboys: My Saint Jude 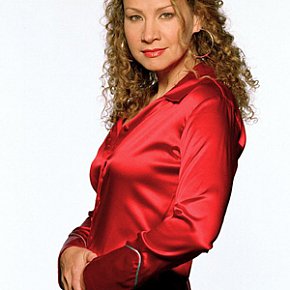 Burlington in Vermont was just starting to take on the complexion of winter when I dropped out of the sky into its verdant beauty. Little wafts of snow were blown around the trunks of the trees and I pulled my collar in close as I left the small airport and looked for a cab. I liked the place immediately and the cab driver was a friendly guy who took me to my modest motel at a leisurely pace... > Read more 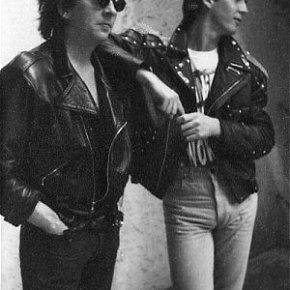 Climie -- or maybe it was Fisher -- almost had me. The conversation was, in the late Eighties, about why so many pop duos were turning up with little or no live experience, and why record companies were signing them. Climie -- or Fisher -- said that, if you thought about it, the Beatles were essentially just two guys and so were the Rolling Stones: so as a record company you would sign the... > Read more 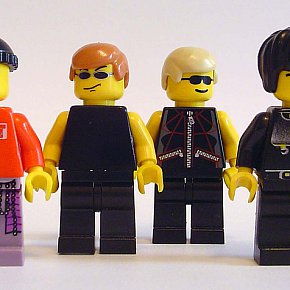 It was quite a few years ago now but I'll never forget it. U2 damn near killed me. Them, the Arizona sun, a famous architect and tequila actually. It was during their Pop-Mart tour -- the one with the giant Spinal Tap-like lemon -- and I happened to be driving around America. They were scheduled to play at the huge Sun Devil Stadium in Phoenix and so I figured on making my way there to see... > Read more 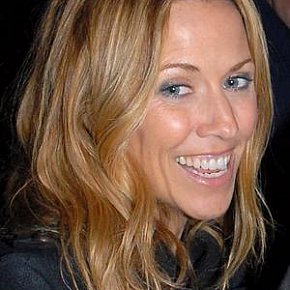 For many years in the States doors would open for me when I said, "Hi, I'm Chris. I'm with the band". Apparently I look like a "Chris" and with long hair I guess it seemed feasible I might be somehow "with the band". But this ploy worked more often than not, and so through I would go, into media conferences, backstage sometimes, to where they kept the food... > Read more 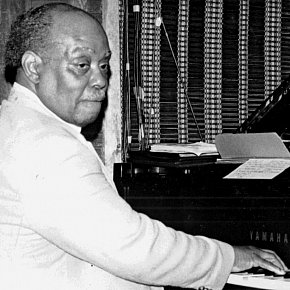 Sammy Price, who had been the house pianist on Decca sessions in the Forties (and played with the likes of Sister Rosetta Tharpe) among many other things, told me a very funny story which I remember to this day. He'd been in Chicago and after a recording session the manager of the European record company wouldn't pay him. No money, Sammy, forget it. So Sammy said he went out and got his... > Read more 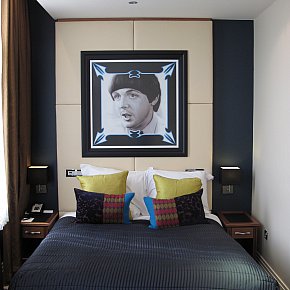 Mostly when I travel I don’t much care about the room I stay in other than hoping for a decent bed and a functioning shower. If you are doing your travel right, you never spend any time in the room anyway. But in Liverpool I set some kind of world record for transience. I’d barely been in the room a minute when the phone rang and I got the message I had to leave. So... > Read more