These pages - with sample tracks and videos posted - introduce and review new music which may otherwise go unheard and unnoticed. Music from Elsewhere reviews new albums (and some important reissues) you'll play more than once at home or in the car, and will want to tell friends about.

If you do, pass the word: you heard it first at Elsewhere.

Subscribers to Elsewhere (free, here) receive a weekly e-newsletter with updates on what's new at the ever-expanding site . . .  and are in to win weekly CDs, DVDs, concert tickets and so on.  Elsewhere: an equal opportunity enjoyer. So enjoy. Gramsci: In Formation1: A Shift in Prospects (bandcamp)

About 8 months ago Gramsci – Paul McLaney, Greg Haver and Marika Hodgson – released The Hinterlands, an album we described as existential rock, cinematic yet personal. It joined a long line of albums by McLaney – some as Gramsci, some as his more ambient persona Impending Adorations, a few under his own name – which have found considerable favour at Elsewhere.... > Read more Spiral Stairs is Scott Kannberg – co-founder of Pavement but now in semi-retirement – and his solo albums have always had an easy charm and, as we noted previously, sounding closer to the Saints/Chris Bailey in rock ballad mode. They can sound undemanding in the best way – the sound is familiar, tight and melodic – but there have always been layers of meaning.... > Read more 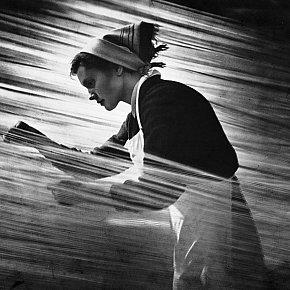 When considering Jack White's often demanding album Fear of the Dawn in April we noted it was the first installment of a paired release, Entering Heaven Alive completing what could be seen as a double album. But where Fear of the Dawn was a tumultuous and disruptive collection of heavy rock, hip-hop and dubby funk-rock, Entering Heaven Alive is a much more muted affair from the newly... > Read more 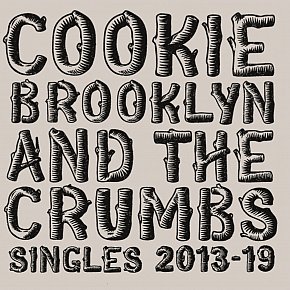 The members of this Wellington-based trio have some prior form and have appeared at Elsewhere in the past: singer/guitarist Mark Williams has been in Marineville and Erika Grant (bass) and drummer Nell Thomas were in Orchestra of Spheres. So, left-field pedigrees where nonsense lyrics and avant-poetry are woven into slightly bent pop-rock. Is There Logic in Pop? here sounds like a... > Read more Drum'n'bass doesn't appear at Elsewhere that often, not for any aversion to it but . . . Well, there's just such a lot of everything out there. But we'll always stop for MC Tali, who has sustained an international career for almost two decades and still manages to come up with something special and different. This time out – on her eighth album – she brings in some emerging... > Read more From a seaside village in County Donegal, 46-year old Stephen McDaid grew up playing bass in his dad's country and western band, moved into the metal and alternative scene in Dublin, moved to New Zealand in 2006 and has been playing in covers bands and My Famous Friends in Christchurch. Trail Maps is his debut album of originals recorded in a couple of takes on acoustic guitar. He's... > Read more 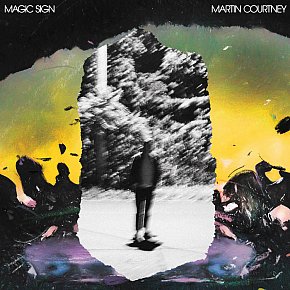 For some musicians, the most interesting thing they do is the interview: there they get to blabber on about their struggles, divorce, fears, emotional state, loneliness, social concerns, global warming and so on. Uh-huh. The album they're promoting is often just the consequence of all that -- or even incidental --and as we've called it here many times, “the album as... > Read more If guitarist Brett Adams approaches the studio as a laboratory for experimentation on his debut solo album Black Clouds in Stereo, Pacific Heights sees it as a test kitchen where ingredients are mixed, refined, balanced then plated up. Pacific Heights is songwriter, producer and Wellington academic Devin Abrams (formerly of Shapeshifter), whose 2016 album The Stillness was a seamless... > Read more Facing down an avalanche of releases, requests for coverage, the occasional demand that we be interested in their new album (sometimes with that absurd comment "but don't write about it if you don't like it") and so on, Elsewhere will every now and again do a quick sweep like this, in the same way it does IN BRIEF about international releases. Comments will be brief.... > Read more Emily Fairtlight's previous album of 2018 recorded in Austin came under the unpromising title Mother of Gloom, but as we noted in our generally favourable review – “more elegantly monochrome than downright 'doom-folk' (her description)” – it didn't live down to that definition. But on this album with Mike McLeod (aka The Shifting Sands), the folk here is distilled... > Read more This Christchurch duo of Hideto Kobayashi (Joy) and Natalie Joselen perhaps play their most obviously referential – and therefore weakest – song up first on this otherwise impressive six song, 33 minute debut album. The trip-hop opener Human, good though it is – and you are immediately taken by Joselen's voice – is so perilously close to Portishead it might prompt a... > Read more 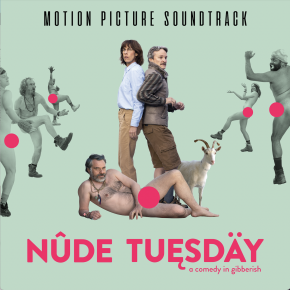 The jury will always be divided over whether a soundtrack should be able to stand independent of the images it accompanies. And “soundtrack” has become a very flexible description. Some are simply collections of songs (many already released) and so exist in the same world as any other compilation. We're thinking of everything from Footloose and Saturday Night Fever to Yesterday... > Read more

Time of the Season, by Moniker w Reb Fountain 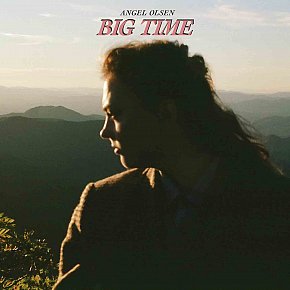 On previous albums American singer-songwriter Angel Olsen has traversed broad territory from subdued, downbeat Brill Building pop to alt.country, glacial rock and influences from Fifties ballads. But her heart often expresses an ineffable sadness, an emotional torpor brought on by life's defeats. She writes from an unalloyed honesty, and – raised in a foster family, moving through the... > Read more Elsewhere was pleased to introduce readers to the Canadian Inuit artist Tagaq many years ago as far back as 2006, and publish a fascinating interview with her in advance of her Taranaki Womad appearance five years later. We do concede however she is not an easy proposition for her throat singing and sonic experiments, and were hardly surprised when she teamed up with Bjork and the Kronos... > Read more 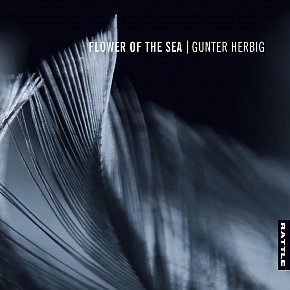 While it doubtless expanded understanding, it wasn't necessary have any prior knowledge of the music of the philosopher Gurdjieff to enjoy the interpretations of his songs by electric guitarist Gunter Herbig on his previous album Ex Oriente. Similarly this new programme of pieces by John Cage, Isaac Albeniz, Carlo Domeniconi, Peter Sculthorpe and Douglas Lilburn. The Cage opener In a... > Read more 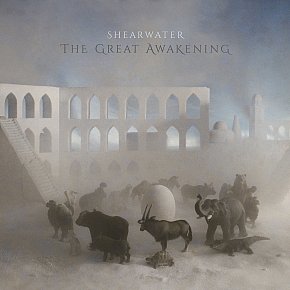 For more than a decade we have dipped into the beguiling and extraordinary – if sometimes bewildering and even infuriating – catalogue of Shearwater, the Austin band lead by Jonathan Meiburg (also of Okkervil River). Although one we missed a few years ago – which is a pointer to their Anglo-framed drama – was their cover of Bowie's Lodger album. You can certainly... > Read more 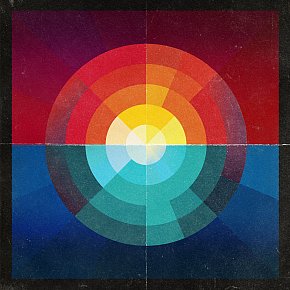 If Barnaby Weir didn't exist it might be very difficult to create him. The Wellingtonian is a musician, producer, songwriter and guitarist. Okay, that might describe quite a few people. However he has also been a DJ and presented radio programmes, is the mainman behind the long-running Black Seeds (coming close to its 25thanniversary) and has his hand on the tiller of Fly My Pretties... > Read more 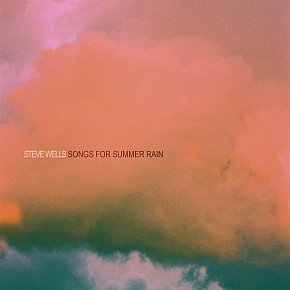 This artist's name will be familiar if you remember the hugely popular rock band Fur Patrol who had a number one single with Lydia in 2001 and relocated to Melbourne. They started at the bottom over there, but still toured and recorded. Guitarist Wells quit the band in 2004 and went to Paris with his family where he started a successful career as a fashion photographer. But here he is... > Read more 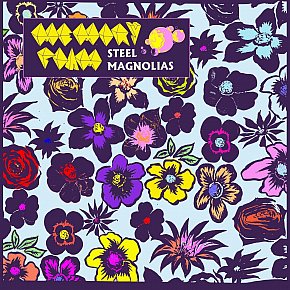 Coming out of the gate like a dragster in flames intent on setting a land-speed record, this album by an Auckland five-piece is a collision of flat-tack and driving drumming, metal-edge guitar and Yuko Miyoshi's declamatory, yelping post-punk vocals It will certainly not be to most people's taste. But their confrontation is admirably energised (if somewhat incoherent) and inescapable... > Read more 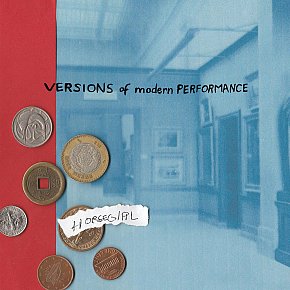 Sometimes you just want to hear an enthusiastic young rock band played loud by those who know their history but play like they just discovered this joyful noise. Meet Horsegirl, three teenage women from Chicago (singer/guitarist Penelope Lowenstein still in high school) which means – to get some perspective here – they weren't even born when the Strokes reinvented sleazy VU/New... > Read more