Fifteen revealing questions submitted to well-known musicians or newcomers to the game which they can answer seriously or as silly as they please. 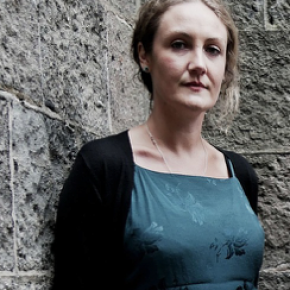 Lara Robertson is one half of the Dunedin rather tall folk duo called Tall Folk alongside Jack Ringhand. Because their debut album Wiser is so impressive we invited each of them to answer two different Elsewhere questionnaires. Jack from the US got the highly personal version and Lara here answers the songwriter version. Although, of course, each could have answered the other.... > Read more 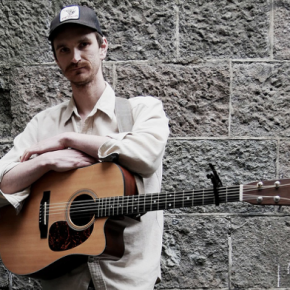 Elsewhere readers will know that we have sung high the praises of the Dunedin-based folk duo Tall Folk (whom we noted in our review are indeed very tall folk). Jack Ringhand and Lara Robertson not only have exceptional solo voices but nail down classic country-folk sounds on their excellent original songs on their debut album Wiser. We invited Jack to answer this questionnaire and Lara... > Read more 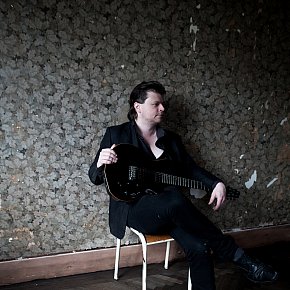 With Wood & Waste, Auckland singer/guitarist and songwriter Tom Rodwell gave us one the most interesting, engaging, witty and thoughtful albums of the year. He is nominally a blues musician – that's his background as you will see – but the album roamed freely into the Caribbean and West Africa, pulled together the swamp sound of Tony Joe White and laidbackk JJ Cale, the... > Read more 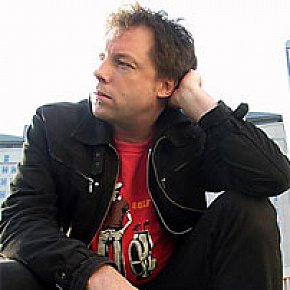 Rob Mayes was a musician in Christchurch, however his more abiding legacy to New Zealand music was the fact he recorded dozens of local artists (and Kiwi bands who passed through town) on his Failsafe label. The label was prolific in the Eighties and NIneties but Mayes has been living in Tokyo for the past 11 years where he works in audio mixing for film. He recently worked on the... > Read more 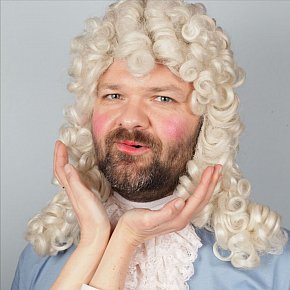 To describe Luke Buda as “of the Phoenix Foundation” – which we have doubtless done in the past – is to diminish him. He gets up to much other musical mischief. He has another band Teeth, there have been film soundtracks (among them Hunt for the Wilderpeople with other Foundation members), production work (notably Dave Dobbyn's Harmony House on which he also... > Read more 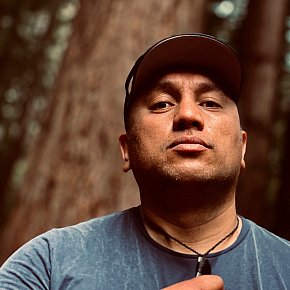 There are plenty of very good albums and every now and again one which is excellent. But there are rather fewer which you would describe as “important” This is what Elsewhere said recently about Heritage Trail , the second album by Tipene Harmer (just Tipene to his public) which, as this is being written, sits in our Favourite Five Recent Releases. “There is a... > Read more 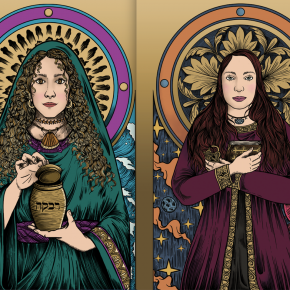 We'd never heard of the Rocky Bay Midnights from Waiheke Island, Auckland until a very polite and professional e-mail message from the band's singer-songwriter Meredith Wilkie introduced them. Listening to the first two songs on their debut album Songs About People We Know made us immediately curious: here were strong and empowered songs with smart lyrics, great arrangements and playing... > Read more 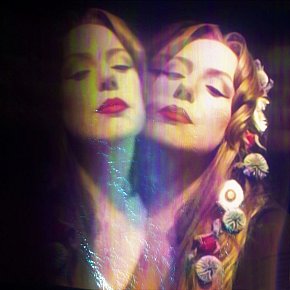 Now in a sense we have passed this way before with Auckland singer-songwriter Kendall Elise. Three years ago we interviewed her when she released her debut album Red Dirt. Her tour supports for the likes of Tami Neilson, Larkin Poe, Gin Wigmore and Bic Runga tell you something about where she is on the musical spectrum: intelligent story-telling country-kissed songs which on that album... > Read more 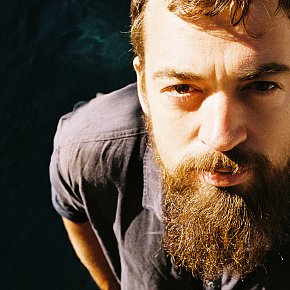 It's been three years since singer-songwriter last released his music (the EP Traveller) but forgive him, he's been busy. In the interim he took that EP title seriously and toured constantly then two years ago settled down into fatherhood and recorded his debut album, the fittingly titled Time to Bide, at Lee Prebble's Surgery in Wellington. Some men take fatherhood in their... > Read more 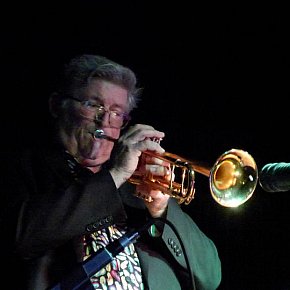 Trumpeter, arranger, composer, educator and much more, Mike Booth has been a pivotal figure in New Zealand music, notably in jazz. His CV includes time in the Rodger Fox Big Band, the funk outfit Collision, more recently with John Key on his Dune Dancing album, Sola Rosa's terrific Chasing the Sun and in the past month with Frank Gibson Jnr and others in the New Bop... > Read more 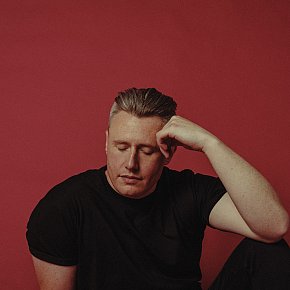 Louis Baker has been one of the country's most feted, awarded and successful artists of the past decade, despite only one album and one EP in that time. He was nominated for three Silver Scroll (songwriting) awards, a couple of Tuis (New Zealand Music Awards) and won a Red Bull scholarship to New York. His smart, sophisticated and soulful style has won him a huge audience (as has his... > Read more 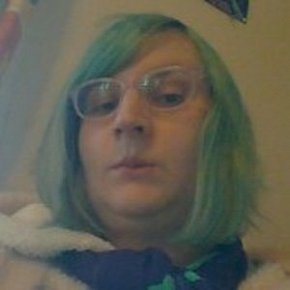 The mysteriously-named noemienours from Sweden is in fact the very interesting Noemie M Nours (aka Noemie Dal) who has a PhD and is a freelance translator fluent in French, German, English, Swedish and Dutch. She came to Elsewhere's attention when she sent a short and polite email asking if we'd be interested in writing about her fourth album Tardigrade Bounding . Her name and the... > Read more 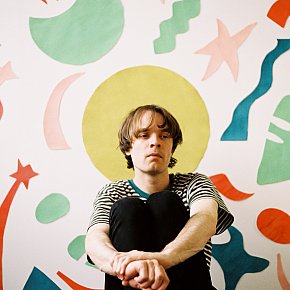 Some albums are enjoyable, some are accomplished and some are important. It's the rare one – such as Infinite Youth by Auckland's Merk (Mark Perkins) – which is all three. A beautifully realised collection of songs around the loose theme of facing the threshold of adulthood while wanting to cling to the innocence and heartbreaks of childhood and teenage years it deals with love,... > Read more 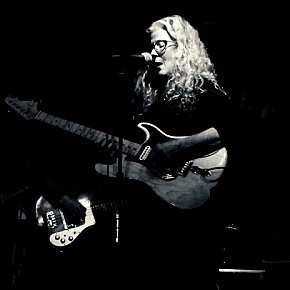 Francisca Griffin has not only been a longtime Elsewhere subscriber (reason enough for us to be interested?) but has had a very long association with Dunedin music, right back to her days in the rather wonderful Look Blue Go Purple, an all-women band in the Flying Nun boy's club. Back then she was Kathy Griffin then Kathy Bull after her marriage to the Chills' Martyn Bull, who died in mid... > Read more 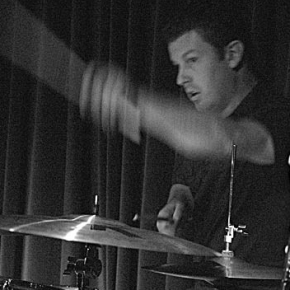 Jazz drummer Mark Lockett has appeared previously at Elsewhere, notably on a couple of quite different albums: The Buck Stops Here with the Australian saxophonist Paul Van Ross and on Redaction with taonga puoro player Richard Nunns. His debut album Sneaking Out After Midnight (recorded in New York) was also on the Rattle label almost a decade ago. His new material betrays the influence... > Read more 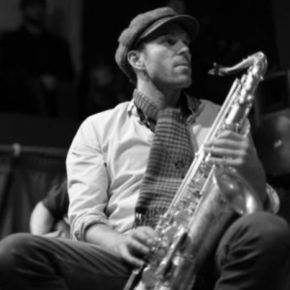 On the totem pole of under-acknowledged New Zealand musicians, composer-saxophonist Lucien Johnson would be very near the top. KNown and respected by musicians, but only acknowledged by those who have caught him in concert or on his recordings. As we write his acclaimed Strasbourg 1518 collaboration with choreographer  Lucy Markinovich is wowing audiences at Circa in Wellington for its... > Read more 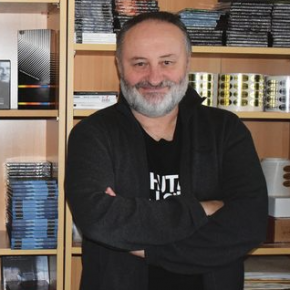 For three decades now producer/engineer Steve Garden has been the guiding force behind Auckland's Rattle label and presenting a catalogue of music unequalled by any other label in this country, and ahead of most internationals. Rattle has brought contemporary classical music, taonga puoro, jazz and idiosyncratic sounds to attention in beautifully packaged CD booklets. The hallmark... > Read more 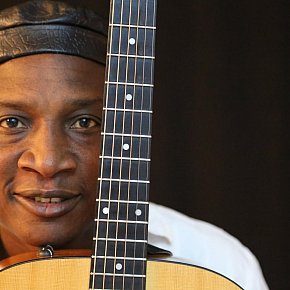 As we noted when we reviewed Adjiri Odametey's wonderful album Ekonklo/Other Side, it just came at us out of nowhere. . . or through the mysteries of the global network. He found us from the far side of the world, and we are very happy he did because Ekonklo/Other Side is wonderful album: it is refreshing, thoughtful, discreet and crafted. It is also very personal and this... > Read more 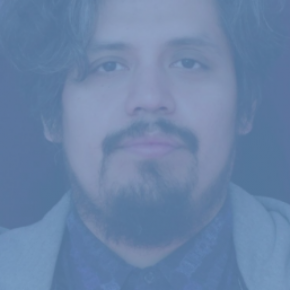 Readers of Elsewhere will doubtless be aware of our passion for widescreen shoegaze, and may have noted our recent review of the album Collider by Citrus Clouds out of Phoenix, Arizona (a place which literally burned itself into my brain). We reviewed their previous album Imagination and also their subsequent EP Ultra Sound. Quite how this trio found Elsewhere all those years ago... > Read more 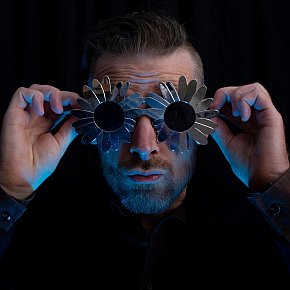 We Will Ride fast out of Tauranga (Kyle Sattler as the one-man noise machine) obviously don't much help in sourcing review quotes. Sattler writes some impressive descriptions of his music anyway: “Driven bass Alt Pop with Vocals that howl red fumes somewhere on a reservoir of gnarled and desperate snakes,” reads pretty well. And the new WWRF album Emotional... > Read more