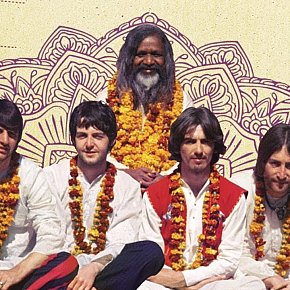 The title of this 90 minute documentary is interesting in itself: it is not “The Beatles in India” (because that would be largely confined that period in early 1968 when they attended the Maharishi Mahesh Yoga's ashram in Rishikesh, Northern India. The title being “and India” means it can look at the broader influence of the Indian instruments, music and philosophy... > Read more 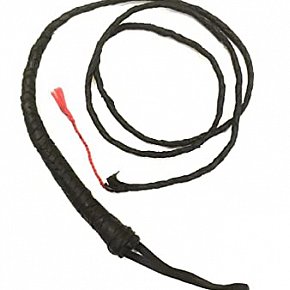 "When God hands you a gift, he also hands you a whip; and the whip is intended solely for self-flagellation"   -- Truman Capote .  Poly Styrene: I Am A Cliché When Marianne Elliott-Said reinvented herself as Poly Styrene to front her band X-Ray Spex she was – even in Britain's punk era – someone different: a sassy, street-smart woman in her late... > Read more 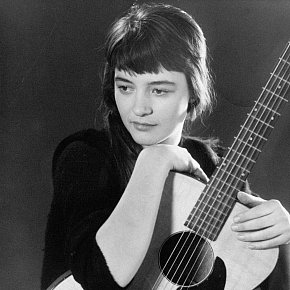 KAREN DALTON: IN MY OWN TIME a doco by ROBERT YAPKOWITZ and RICHARD PEETE

"When God hands you a gift, he also hands you a whip; and the whip is intended solely for self-flagellation"   -- Truman Capote Popular culture has never been short of cult figures to resurrect and Karen Dalton certainly qualified. Just two studio albums in her lifetime – she died in 1993 age 55 – but a steady decline into obscurity, dependencies and Aids from... > Read more

Reason to Believe (from the posthumous album 1966) 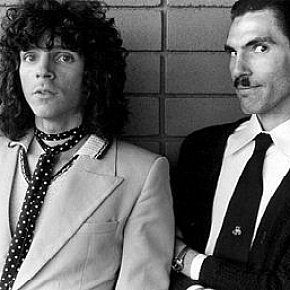 In The Sparks Brothers – a documentary about Sparks, the idiosyncratic band of brothers Russ and Ron Mael – British television personality Jonathan Ross says they had “a punk sensibility, a desire to shake things up and make you think”. The irony is – despite Steve Jones saying in pre-punk days he and fellow Sex Pistol Paul Cook loved Sparks – gobby punk... > Read more 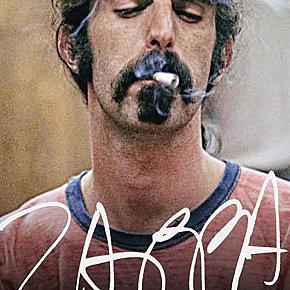 The further we get from Frank Zappa, who died in late 1993, the closer he seems to come. His late wife Gail ensured his vast catalogue was given reissue (more than 60 albums in his lifetime, more than 50 posthumous releases), his son Dweezil tours his father's music as Zappa Plays Zappa (in early 2018 he and his cracking band played Auckland), there have been books and academic... > Read more 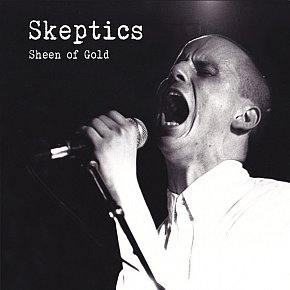 When this film -- Simon Ogston's stylish, thorough and often moving documentary about New Zealand's Skeptics -- appeared briefly in cinemas many years ago it vindicated longtime Skeptic fans who, rightly, believed them to be one of the most important bands ever to emerge in New Zealand. Uncompromising, intelligent, visceral and often compellingly thrilling, the Skeptics existed in a context... > Read more 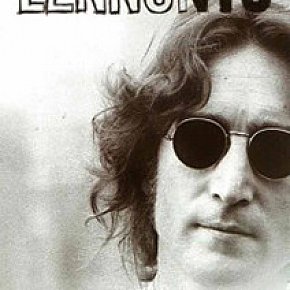 Released 10 years ago and now on DocPlay, this two-hour documentary shines a spotlight on John Lennon moving to his newly adopted home in New York City and the disturbing politics of the period. Threatened with deportation (ostensibly for a British drug conviction) and followed by the FBI, Lennon refused to lay low and took to television to make his case and delivered the highly uneven (if... > Read more 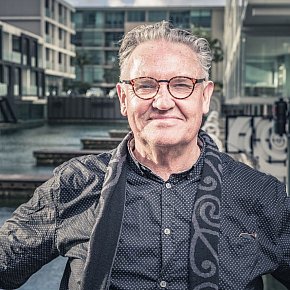 Kim Hegan throws his head back and lets out a hearty laugh. I've just said to him, “It's an ill wind . . .” We're sitting in an Auckland cafe on an almost-post-Covid morning talking about his film Return to Gandhi Road which he produced and appears in, and was directed by his daughter Yeshe in her first full-length documentary. The project has taken 10 years, involved four... > Read more 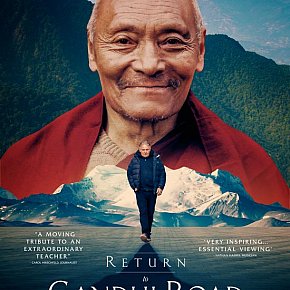 The story at the centre of this remarkable 90 minute documentary is so intricate and interwoven in terms of geographical, spiritual and biographical layers that it deifies easy synopsis. So let us alight on a simple image and tease that thread out. Imagine a wooden block about the length of your forearm. On it is carved a text written in the 6th century.... > Read more 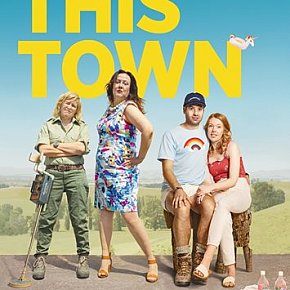 As an elevator pitch, a script draft and even on the screen, this film by first time feature director David White shouldn't work. It channels – sometimes without much repurposing – just about every trope in recent New Zealand comedy. You can tick them off if you care to: the small town populated by sometimes slightly eccentric or stereotypical characters where it seems to be... > Read more 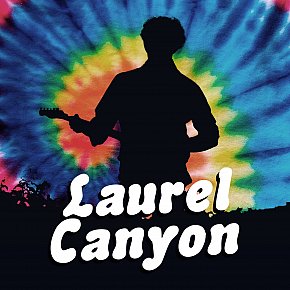 In 2009 the producer, music journalist, radio consultant and album compiler Harvey Kubernick wrote an interesting book Canyon of Dreams: The Magic and Music of Laurel Canyon, the story of the area where he lived in Los Angeles. It came with a foreword by the Doors' Ray Manzarek and an afterword by producer Lou Adler (The Mamas and The Papas etc) In 360 heavily illustrated pages, this... > Read more 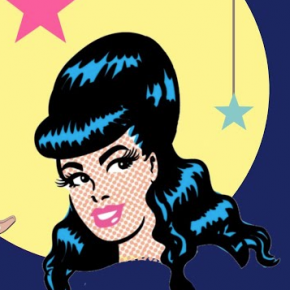 Given that last year was a pretty lousy one for many people (self included) many were looking forward to a fresh start in 2020. Well, then that happened . . . Few musicians were looking forward to this year as much as singer-songwriter Tami Neilson who had a fine album ready to go (Chickaboom! reviewed here), had the backing to tour internationally to consolidate... > Read more 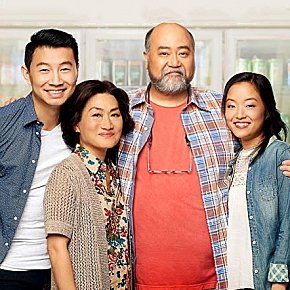 Round Elsewhere's way when we aren't diverted by drug cartels (Narcos, the incredibly tense Ozark) or being taken on some bleak journey with a detective posted to some snow-blown remoteness to investigate a murder in Iceland/Norway/Canada/Alaska etc we like to take comfort in a gentle comedy series . . . like Kim's Convenience. This series – set in and around a Korean family's... > Read more 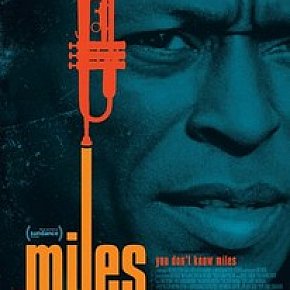 When I interviewed Miles Davis in 1988 in advance of his Auckland concert, I punched in an improbably long line of digits to a New York number and after confirming it was him on the other end – the hoarse grunt was enough – I introduced myself and asked him about his most recent album Siesta. After a long silence the distinctively raspy voice grumbled,“I dunno what... > Read more

In the shorthand of pop culture, some would have you believe there was nothing going on between the death of Buddy Holly and the arrival of the Beatles. Certainly there were a lot of bland, production-line pretty-boy pop stars as we noted here, but there was also much more happening. As we said in that piece, “there were surf bands and Motown, Phil Spector, doo-wop... > Read more 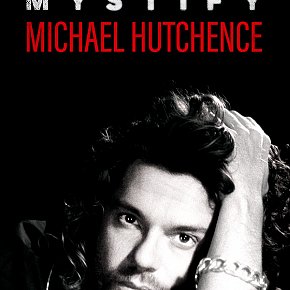 Here's the briefest of encounters with the Australian superstar. It was at a fund-raising concert in Sydney in '92 and there were big acts aplenty on the bill. Backstage I chatted with Neil Finn (then of Crowded House) and the charming Johnny Diesel who should have been massive but instead had an excellent career. The catering tent was open to all, kids and partners ambled... > Read more 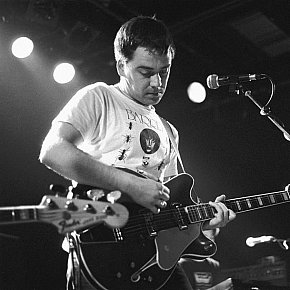 About two-thirds the way through this revealing, sometimes disturbing and occasionally (unintentionally) funny 95-minute doco Martin Phillipps is seen going through his scrupulously archived Chills clippings and comes on one from '92 written when he returned to New Zealand after announcing onstage in the US – to the surprise of his bandmates – that the Chills would be no more.... > Read more

Even in the too-near future when fancy rockets from President Trump's visionary Space Force are shuttling Russian oligarchs and wealthy white billionaires off to the safety of Mars as the polluted Earth chokes and dies, people will still marvel at the technical genius and singular courage which took Man to the moon in July 1969. As we labour today under social division, fake news, the... > Read more

Well intentioned – and necessary – as this documentary is as a salute to one of the most important bands in Aotearoa New Zealand's music history, by never having a clear focus or trajectory it falls well short of the marks it seems to be aiming for. Herbs were this country's first overtly political group and the 1981 debut EP Whats' Be Happen (referred to as an album these days)... > Read more

NZIFF has kicked off in Auckland and this year's festival boasts an eclectic mix-tape of music-themed films.  A major highlight is the stunning film Amazing Grace – featuring the undisputed queen of soul, Aretha Franklin, as you’ve never seen her before. This spine-tingling film captures a two-night recording session in a Los Angeles Baptist church in... > Read more