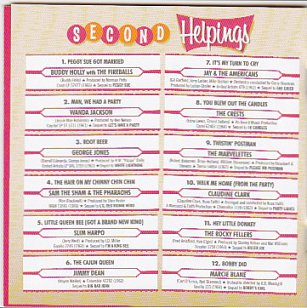 In the late Fifties and early Sixties the idea of answer songs (Dodie Stevens' Yes I'm Lonesome Tonight for example) was pretty common, as were sequel songs.

The most obvious sequel song was Peggy Sue Got Married by Buddy Holly and most in the genre were cash-ins, replication songs (Wanda Jackson's follow-up to Let's Have a Party was the photocopied Man We Had a Party) and pretty gimmicky.

Like the great Sam the Sham and the Pharaohs who opened The Hair on My Chinny Chin Chin with "Oow, it's me again" and thereafter worked his way through the dreary sequel to his sultry Little Red Riding Hood, which was a genuine classic.

These songs were irony free in a way a sequel song probably couldn't be today.

Teenagers of course lapped these up, but not so much as to send them rocketing up the charts in the way the originals might have done.

This sub genre of pop is not without precedent of course. The blues is full of sequels and answer songs, and blues musicians seemed to have a carefree attitude as to who might actually "own" a song.

No surprise then to find that Slim Harpo followed up his blues classic I'm a King Bee (covered by the Stones) with Little Queen Bee Got a Brand New King. 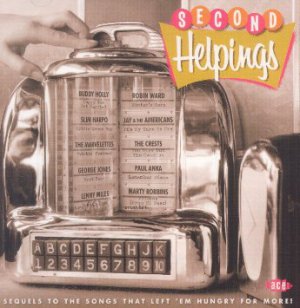 All these songs mentioned open the 24-song disc Second Helpings; Sequels to the Songs That Left 'Em Hungry For More (Ace, through Border in New Zealand).

Of course songs like The Cajun Queen by Jimmy Dean will mean nothing to you if you've not heard the prequel Big Bad John. And if you had you'll wonder why Dean would want to taint the memory of the original.

Or why he would subsequently do Little Bitty Big John (which fortunately isn't included on this set).

This was the era of girl groups and they were far from immune to sequels: the Marvelettes did well with Please Mr Postman (covered by the Beatles) with Twistin' Postman (which got to number 13 on the US r'n'b charts) and the Angels followed up the terrific My Boyfriend's Back with the payout on the pestering guy in the original with The Guy With The Black Eye which is a slight variation on the original tune. Very slight.

In fact, all of this stuff is slight.

Whether it be Paul Anka spoiling the memory of the aching Diana with Remember Diana, or Jennell Hawkins' More Money That's What I Want, also written by Motown boss Berry Gordy.

Aside from the obvious question (Why?) what holds all these songs back is that they have to be so musically similar to the original they can only suffer in the comparison.

Although Booker T and the MGs Mo' Onions isn't too bad . . . because it is a variant on a classic groove. So, why?

Finally though, a hats-off to one outfit represented here. Jan and Dean who rejigged their story of The Little Old Lady From Pasadena and her hip-like pals on . . . take a big breath . . .  The Anaheim, Axusa and Cucamonga Sewing Circle, Book Review and Timing Association. 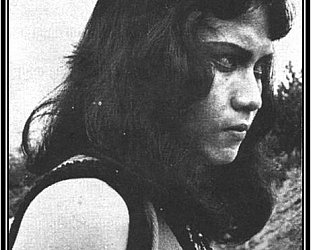 BENNY SOEBARDJA PROFILED (2012): The godfather of the Indonesian prog-rock underground

Even today with better access to information, the excavation of musical vaults around the globe and the acceptance of world music, it still seems to come as a surprise to many that countries such... > Read more