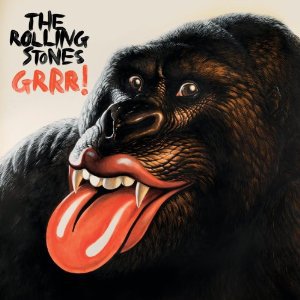 One of the more unusual aspects of critics and commentators carping about the Rolling Stones still recording and touring after 50 years, is that much of it comes from a generation perfectly happy to get nostalgic for its own soundtrack and troop off to see New Order, the Buzzcocks and so on.

The Stones, of course, have the perfect defense (if one is required) in that they were founded on the blues and all their early heroes -- and even so today -- were people who just kept on doing it.

Howlin' Wolf, Muddy Waters and Willie Dixon were in their 50s when the Stones were just starting out and soaking up their music, and so the notion that there was an age limit on being a musician just seemed silly.

Whether One Direction and Taylor Swift feel the same and want to keep doing it is over to them . . . and the attention span of their audience.

When the Stones released a new single recently there was understandable trepidation but, and this seems to be the consensus, Doom and Gloom was a remarkably raw and persuasive sliver of classic Stones' styled r'n'b rock with Jagger at his sneering best.

It sounded like it might have first been conceived back in the early Seventies but given a sudden and contemporary political skew. Yet it didn't sound calculated.

The more recent follow-up One More Shot isn't quite as convincing so is a slightly lesser note on which to close this three CD set which pulls together 50 tracks from five decades opening with their first single Come On, nailing down all the crucial singles from the Sixties (but not their second, a raw version of I Wanna Be Your Man gifted them by Lennon-McCartney which wipes the floor with the Beatles version), those seminal tracks from the Seventies (you know the ones) and starting to wobble a little after that.

After all this time even casual collectors of the Stones will have most of these songs and loyalists the whole lot (except perhaps Don't Stop, added to the similarly conceived Forty Licks collection in 2002, and the two most recent ones).

So the Grrrr! of the title might just refer to the sound of fans looking at what an obvious money-spinner this is, especially when the memorabilia book of photographs from the archives is slender and uninteresting (Gee, the flight case for Ronnie Wood's coffee machine! Hold me back).

The five postcards of tour posters are hardly an enticement either.

But if you haven't ever caught one of the many many many previous Stones collections here is the almost-chronological most recent. And at just $25 for the three discs from JB Hi-Fi stores here, that qualifies this as a Bargain Buy.

Buy one for a young person then stand well clear.

Hey if the lads retire, fair enough, who wants to see some BB King embarrassment. I have long maintained they could only play into their 70s with some dignity if they returned to being a pure blues band.

Be nice to see Bill W and Mick T at the finals. Darryl is a very good bass player though and even one stones classic would have made a career for most musos.

Are these the nice cleaned up remastered tracks released on the Forty Licks compilation a few years back? GRAHAM REPLIES: Yep, seem to be . . . but compare tracklistings on this and 40 Licks collection of a decade ago and you could just fill gaps on iTunes. You do need Doom and Gloom though.