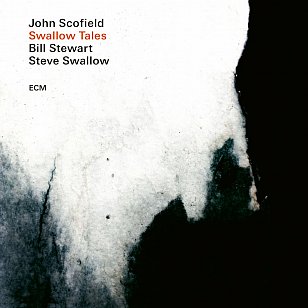 Anyone who has even a modest collection of ECM jazz albums will have encountered bassist Steve Swallow, most often on albums with his longtime partner Carla Bley but also with vibes player Gary Burton, and with guitarist John Scofield with whom he has an almost intuitive understanding born of four decades of playing and recording together.

This album of Swallow's compositions is a salute to the 79-year old by Scofield – who shares Swallow's humour when it comes to quirky song titles, like Awful Coffee here – and drummer Bill Stewart which not only recognises his compositional skills but sparkles with typical Scofield wit.

Check his fretboard descents on the nine minute-plus opener She Was Young, inspired by a Robert Creeley poem which appeared on Swallow's recently reissued Home album of '80 with Sheila Jordan and the late Lyle Mays among others.

But Scofield also explores Swallow's melodic subtlety, as on the delicate and barely there Away and his minor classic Hullo Bolinas which was played as far back as the Seventies by pianist Bill Evans.

There are delightful pieces here such as the melodically fluid Eiderdown and the brightly swinging Radio which, among others, confirm the more musical than metronomic approach Stewart takes to playing.

This is typically thoughtful, assured and enjoyable jazz from players who have decades of experience together and, as on Away, know the value of understatement.

Elsewhere has a considerable amount about Steve Swallow here,  and John Scofield including this interview.