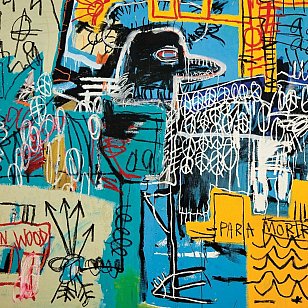 When the Strokes broke through at the start of the 21stcentury I was asked to write a critical essay about them for a major rock magazine.

And so I did, at length noting waspishly that here was a group out of New York which was winning immediate acclaim from male rock critics in their 40s (and over) who heard in them some yearned-for spirit of “authentic rock'n'roll”.

In large part that was because the Strokes conjured up – and grave-robbed – Lou Reed, the Ramones, Television and other Noo Yawkers of the late Seventies, a period and place most critics had not been familiar with at the time but which lived on in rock myth.

By evoking the gestures, style and swagger of their reference points (alcohol, cigarettes, drugs, famous friends and models etc), the Strokes delivered what many wanted rock'n'roll to be when it was somehow more pure and street.

Their debut album Is This It – in a suitably evocative cover – wasn't too bad, but hardly the newly-minted classic that many writers held it up to be.

Anyway the Strokes had their time and acclaim and there was another album then the inevitable lengthy break after their third and weakest album, and of course their resurrection after five years with the ho-hum Angles.

Their next album Comedown Machine went past most people because they didn't publicise it but that worked well enough as a ploy and critics were once again keen.

And now this, their sixth studio album and first for about seven years which begins on a downbeat mood and mostly stays there for a collection of rather excellent, crafted and quite poppy songs which capture a mood of disillusion and thoughtfulness rather than that adolescent stroppiness of their early years.

That figures, mainman/songwriter Julian Casablancas has a couple of kids, is now in his divorced Forties and his solo work erred in this direction anyway.

It moves from the gentle Feelies-like taut guitars and driving beat (which edges towards the Cars) on the opener The Adults Are Talking through some dreamy pop ballads (Selfless), adult dance-pop on Brooklyn Bridge to Chorus (not bangers but hip-shakers) a neat reference to Billy Idols' Dancing with Myself on Bad Decisions . . .

Yes, more personal, reflective (Why Are Sunday's So Depressing) and in songs like the truly lovely Not the Same Anymore – a few lyrical cliches but a nice sentiment – this is quite a return to a new form.

If the Strokes planned some reclaiming of their crown with a tour – as seemed the intention – that is all on hold now, but as an album for these quieter and more home-bound times the appropriately titled New Abnormal (in a vinyl frame-worthy throwback Jean-Michel Basquait cover) actually speaks to us right now.

Although the seemingly interminable Endless Summer at the midpoint and which takes out the first side of the vinyl gets a skip almost every time.

Other than that, this is the first Strokes album this waspish writer has liked just about everything about.

The Strokes' The New Abnormal is available on Spotify here but we recommend the vinyl edition with that frame-worthy cover and a huge Basquait poster (plus download code) through JB Hi-Fi stores here.