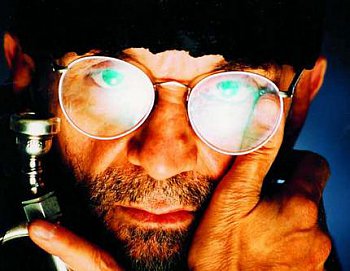 Rock audiences have a forgivable problem with jazz groups: the membership of jazz outfits can just keep changing. If you like the Arctic Monkeys chances are you can expect the line-up not to change much over the years. Rock bands -- for the most part -- have an enviable stability which they guard jealously.

Consider how long it took for Rolling Stone Ron Wood to be accepted as fully-fledged member entitled to a cut of the earnings, rather than just a guitar man on a salary. Seventeen years was a long time to be on wages, and to not even be acknowledged for your song writing contributions.

Rock bands are -- as rock musicians keep telling us to enhance their allure -- like gangs, and you don’t just leave the gang for another when it suits you. Rock line-ups seem carved in stone, especially when compared with jazz groups.

You would need a fat Rolodex for the names of all the people who played with Miles Davis or Duke Ellington down the decades, but that is in the nature of this sometimes difficult music.

Jazz feeds off new inputs and personalities, it may actually require personnel change to bring out different tones and directions, to create important shifts in the character of the music itself. This explains why jazz can be so boring on radio when the tracks are back-announced: it can take a minute to get through the names of who was on that track whereas on rock radio all you need hear is, “Yeah, OpShop. Cool.”

The ECM label founded by the German producer Manfred Eicher over 35 years ago has a reputation for a number of things: pristine and sometimes austere production; hypnotically ethereal and occasionally esoteric music; and a permanently revolving roster of players. For rock people used to filing their albums alphabetically the ECM label offers a mind-boggling difficulty because Eicher encouraged the idea of a cross-fertilisation of musicians within the label.

A few groups have maintained a relatively stable line-up: notably the Tomasz Stanko Quartet who have done three fine albums for the label recently, although trumpeter Stanko headed a different quartet at one point under his own name, and some members of the current quartet (Stanko included) hived off with percussionist Manu Katche for one album.

But the group known as the Tomasz Stanko Quartet -- Stanko with pianist Marcin Wasilewski, bassist Slawomir Kurkiewicz and drummer Mical Miskiewicz -- have been one of the most interesting on ECM in recent years.

It would be a wise man or a fool who would attempt to categorise their music, so here goes: it is spacious, comes from the European romantic tradition, and you would be right in hearing more than a whiff of early Miles Davis in Stanko’s style where he does indeed seem to be walking on eggshells. It is atmospheric music, and some might say the pivotal player isn’t the leader but pianist Wasilewski who can take the undercurrents of the music into free and angular directions.

Stanko from Poland is now in his mid 60s and this band has played together with him off and on for decades, but latterly they have refined their sound down to almost emotional elements, as you can hear on their excellent new ECM release Lontano. The album title is well chosen: it means “as from a distance” and this music often seems to come from an emotional and physical distance.

A piece like the eight minute Song for Ania whispers at you from the across a long room and reflects on whole areas of jazz from Davis’ Kind of Blue to the more esoteric quasi-classical work on the ECM label.

The quartet’s previous albums -- Suspended Night of three years ago and the earlier Soul of Things I - XIII -- were however conservative affairs when lined up against this new album. Lontano is more loose and free, and there are long passages (especially belonging to pianist Wasilewski) which are clearly improvised with a confidence that has only been hinted at previously. Lontano is a breakthrough album in many ways, but it also sent me back to the appealingly austere Trio album of 2005 which was this group without Stanko.

Imagine frosty, poised European romanticism filtered through Miles Davis’ Kind of Blue, and recorded in a warm climate by people intuitively in touch with each other‘s style. Beautiful.

Let’s hope they hold this line-up for a little longer. Although don’t count on it, it’s in the nature of jazz that things change. But remember these names: Stanko, Wasilewski, Kurkiewicz and Miskiewicz.

And isn’t that the great difficulty/pleasure of jazz right there? 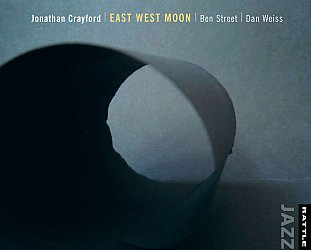 Jonathan Crayford has long been considered one of New Zealand's finest jazz pianists and his range is wide, from Latin flavours to touring with Trinity Roots, playing acid-jazz with New York's... > Read more