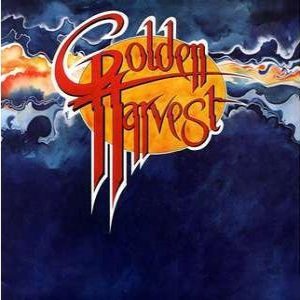 With six out of 10 music purchases now being downloads, Elsewhere is happy to recommend albums now available on iTunes which have no physical release (or which may be hard to find or prohibitively expensive).

The good people at www.recordedmusic.co.nz who look after licensing, copyright and so forth have a major project underway of trying to get every New Zealand album up online and available through iTunes and/or Spotify.

So Elsewhere is going to occasionally pick out a Kiwi album from iTunes and put the spotlight on it, and we start with this hugely popular album from '78 by a band which had a pop sensibility but also a guitarist in Kevin Kaukau who could effortless peel off Hendrix licks.

The singer was Karl Gordon but the rest of the group were the Kaukau brothers of Kevin (guitar), Gavin (guitar/vocals), Eru (bass) and Mervyn (drums).

They only released this one album but they had considerable success with the singles I Need Your Love (released in advance of this record) and Love is Everything.

According to the promo sheet I still have inside my vinyl copy the Kaukau brothers were from Morrinsville and were discovered by promoter Benny Levin while practicing in a garage. They called themselves Brother at the time but the name change came through a competiton run through the Sunday News.

They opened for ELO (a crowd of 20,000) in January '78 and topped the bill at the Hinuera and Kimiora festivals.

Gavin wrote the singles Love is Everything and I Need Your Love (the latter won single of the year).

The album was recorded at Stebbings with producer Rob Aickin and engineer Ian Morris, and a guest player was Mike Harvey (keyboards). Peter Woods did the string arrangements.

Live they were an impressive force, especially when Kevin was let loose on Hendrix's All Along the Watchtower (on the album).

As far as I can recall the band split up around 1980 when Karl went into a solo career.

Elsewhere previously pulled Give A Little Love onto our From the Vaults pages (here) and they drew many favourable comments from those who remember them fondly. But now we can point you to the whole album of smart radio-friendly pop on iTunes.

Key tracks: Love is Everything, Mrs G, I Need Your Love and Give a Little Love. Check out the posted track All Along the Watchtower too.

The 2010 debut album Pauper's Field by this 22-year old traveler from the dark side of alt.country was quite the quiet killer with its broody-noir quality leaven by flickers of Southern soul.... > Read more