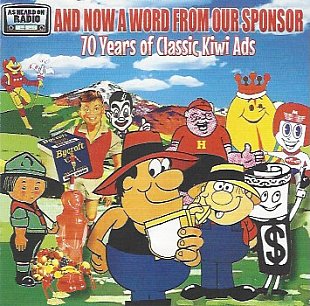 What a remarkable line-up of local talent on this CD: from singer Pat McMinn and jazz pianist Crombie Murdoch in the Fifties through Larry's Rebels, Dinah Lee, Ray Woolf, Hogsnort Rupert, Tommy AdderleyAlison Durban and others in the Sixties up to John Hanlon, Jenny Morris, Tim Finn with Don McGlashan and Eddie Rayner, John Rowles, the Warratahs, the studio genius Mike Harvey, Bunny Walters, Annie Crummer and many more.

Actually quite the opposite.

Because these 99 tracks – and there's your clue – are radio and television ads sung by some of our finest, and many by writers who made their name in bands like Original Sin (Steve Robinson), the Rumour (Shade Smith), DD Smash (Scott Calhoun) and clever writers like Larry Killip and producer or arrangers such as Gary Daverne and Wayne Senior who understood the requirements of the short, punchy and hopefully memorable ads within the constraints of something around 30 seconds.

Some of these manage to be distilled pop songs at the same time, the one minute Larry's Rebels song for Coca Cola and similar-length ballad by Allison Durban for the same product, the Warratah's 90 second Interislander ad (Sailing to the Other Side) and Mike Harvey packing thrills into the instrumental Crusher for L&P.

Some of these are of course gimmicky little pieces, others irritatingly nagging (a good ad perhaps?) and others find the artists really giving their all such as Adderley, Walters tossing himself into the Uncles' Fun on the Run produced by Gary Daverne, Jacqui Fitzgerald coming over all sensual and Donna Summer-orgasmic for Tip Top Trumpet.

Many are time-locked, the pop-girl/London sound of Rochelle Vinsen advertising Ginger Group by Mary Quant, the calypso sound of Lee Humphries in the Fifties for Nestles chocolate and so on.

There are some hilariously rude and offensive outtakes too as posted). Worth the price of admission.

Some omissions of course (pity Fitzgerald's Dear John ad – was it TEAC? – isn't here but you can't have everything. And towards the end are disorientating, rapid-fire medleys of works by Killip and Robinson.

And with 99 tracks brought together by archivist Grant Gillanders you've got more than enough to be encouraging you to go shopping.

Although a lot of these products (Dinah Lee advertising Cling, sort of early Glad Wrap as I recall) are no longer on shelves.

Oh . . . and what did Finn, McGlashan and Rayner advertise? 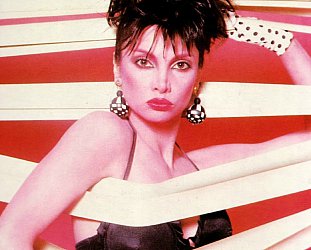 Is there a more annoying song than Toni Basil's inanely catchy Mickey ("Oh Mickey you're so fine . . . hey Mickey" etc)? It's the kind of song you wake up with banging around inside... > Read more