To be honest, to this day I couldn't tell you what it was all about, but I spent the best part of an afternoon trying to figure it out.

It was in Amsterdam and I had done all the right art galleries and museums, and had been to one of the hidden churches in the red-light district. Tomorrow I would leave so on this warm afternoon I settled in at Rasta Baby, a popular coffee shop on the corner of Singel and Prins Hendrikkade, not too far from the railway station.

I had Italo Calvino's marvellous story of Venice, Invisible Cities, to read before I went to that magical city again so pulled up a seat in the sun outside with Bob Marley bubbling quietly in the background.

And then I saw him out the corner of my eye.

He was short, had wild woolly hair and was literally hopping from foot to foot in nervous excitement. His back was to me but I guessed him to be in is 20s, and the tall, well-dressed gentleman he was talking to might have been his landlord. Or probation officer.

The guy, whom I chose to call Marcus for some reason, was in faded black jeans and a faded green t-shirt, so I was surprised when he suddenly hugged the tall fellow as if he was a long-lost friend. They parted and hunched-up Marcus looked furtively around, then walked quickly to the rundown building next door.

From where I sat I could see the entrance clearly as he ducked inside. The building looked like a squat and there was cardboard over the broken window. I picked up my book, then Marcus suddenly re-appeared, looked around the street and skittered quickly to a seat under a tree on the other side of the road. He sat fidgeting for a while, then ran back to the house.

The tall man returned, knocked on the door, exchanged a few words with Marcus and left. Minutes later Marcus came out, walked to the footpath and waved down two unfeasibly tall Dutch girls on bicycles. An animated conversation took place with one of the girls pointing this way and that. Then the other girl pointed to the sky, the two of them laughed and they pedalled around him and off.

Marcus stood looking around, glanced at the sky as if that were also a possibility, then went back inside.

I went in to Rasta Baby and bought another beer and smoking supplies to settle in and watch what was becoming a very curious little drama.

By the time I returned Marcus was across the road in the park, carrying a small box which he nursed under one arm as if it were highly valuable. Then he walked over to a rubbish bin and dropped it in.

Ah-ha, I thought, now someone comes along -- the tall man? -- and retrieves it, perhaps then pushing an envelope through Marcus' letterbox.

But no, nothing like that happened. Not that I saw in the next hour or so.

Marcus spent the rest of the afternoon nervously going in and out the battered building, at one point disappearing for 20 minutes across the park and returning with another man.

Surely this guy would go to the rubbish bin?

But no, they just chatted then shook hands very formally and Marcus went inside again.

Then he came out and wandered up and down looking agitated, went inside, then came back out again. And so it went.

It was late afternoon when I left Rasta Baby, my book unread, my curiosity piqued. I walked past Marcus' place but it was impossible to see in.

I still have no idea what it was all about.

But it was Amsterdam, so I can guess -- and recommend Rasta Bay. It has a great floorshow.

travels in elsewherepostcards from elsewhere 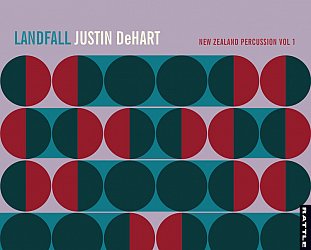