WE NEED TO TALK ABOUT . . . STRINGBEAN: Long lean banjo picker 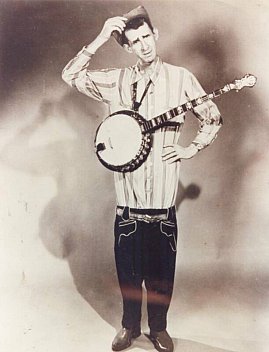 If Truman Capote hadn't already written his brilliant “non-fiction novel” In Cold Blood (about the collision of two murderers and their victims in rural Kansas in '59), and he was still sober enough to focus, he might have found a great story in the 1973 murder of country music star Stringbean, David Akerman to his parents.

Stringbean was one of those idiosyncratic stars who played wonderful banjo and sang well . . .  but looked considerably worse.

He was tall anyway but emphasised his height by wearing unfeasibly low and short trousers (the belt somewhere around his groin, and this was decades before lo-rider hip-hop streetwear) and he was beloved, not just for his playing and modesty, but his dry, downhome humour – which was beamed out to millions of households through his regular appearances on the programme Hee-Haw in the late Sixties and early Seventies.

His murder shocked people because it was so senseless as much as it was tragic. It was a robbery in which the killers stole only a chainsaw and some weapons. 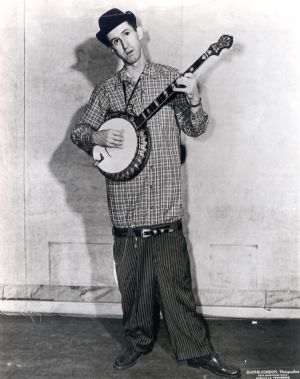 The case became known as The Stringbean Murders and there was a book about them in '75 by journalist Warren B. Causey . . .  and a novelisation of the story as The Grand Ole Opry Murders by Marvin Kaye published in '74.

There were also a number of tribute songs to the picker and his murdered wife, notable the recent The Ballad of Stringbean and Estelle written by Verlon Thompson, Guy Clark and Sam Bush which was nominated for Song of the Year in 2010 at the International Bluegrass Music Association awards.

Stringbean had been born in smalltown Kentucky in 1916 (1914 in some sources) and came from a family of farmers who were also competent musicians. He got his first banjo before he hit his teens – it's said he traded a pair of chickens for it – and learned from his father.

His was a typical country music climb to fame where his talent commended him to local stars (one of whom forgot his name and, sizing him up, called him “String Bean”, a name which Akerman happily adopted). 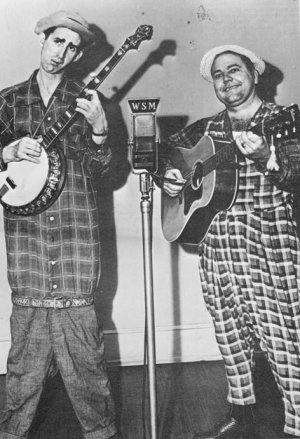 Because he played a better than average game of baseball he got signed up to the team formed by bluegrass star Bill Monroe, who didn't know Akerman/Stringbean was also a musician.

Stringbean subsequently joined Monroe's famous band as a musician but was also quickly given a comedy spot adopting the look of the comedian Slim Miller (some say Little Jimmy Dickens who also had a similar style) which gave the effect of an absurdly tall man with very short legs.

And by '50 he had a regular spot at the Grand Ole Opry.

One of his most popular songs – after I Wonder Where Wanda Went and Chewing Chewing Gum – was I'm Going to the Grand Ole Opry and Make Myself A Name.

Stringbean certainly did that . . . and then came the television series Hee-Haw in the late Sixties where he appeared alongside his friend, mentor and neighbour Grandpa Jones. He was considered one of the greatest of all country banjo pickers alongside Jones, Ralph Stanley and Uncle Dave Macon.

Away from the spotlight Stringbean was a quiet man who liked fishing and hunting, had married Estelle Stanfill in '45 who drove him around (he never learned to drive) and, after surviving the Great Depression, had a mistrust of banks. 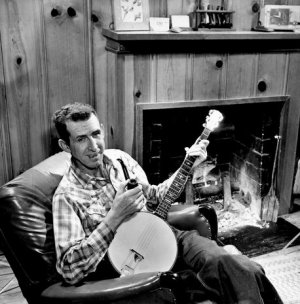 The latter lead to his undoing.

Two 23-year old cousins – John and Marvin Brown – heard the rumour that country star Stringbean kept wads of cash in his remote Tennessee cabin (the same misguided motive as the killers had in Capote's book) and one night went there while Stringbean was performing at the Opry.

When Stringbean and Estelle returned home, he was shot instantly and Estelle – who was parking the car – was pursued and gunned down also.

A Nashville police detective Tommy Jacobs is credited with cracking the case (although the killers bragged about it, even though it was a disaster in terms of it success as a robbery) and the Browns went on trial for murder. They were found guilty (each blamed the other) and sentenced to life. There was a public outcry demanding the death penalty.

Ironically in 96, around US$20,000 was found in a deteriorated state inside a chimney in Stringbean and Estelle's cabin.

The minister of Wingate Church of Christ made what Nick Tosches describes in Country; Living Legends and Dying Metaphors in America's biggest Music, as the most trite eulogy on record.

Minister Maurice O'Neal is reported have delivered these deathless lines: “String had a string of friends. Now there is a string of sadness.”

But oddly enough, Stringbean lived on . . . because he had pre-recorded so many segments for Hee-Haw that for four months after his murder there he was in the fictional Kornfield Kounty, a-pickin' and a-grinnin' in the bizarre costume which had endeared him to millions.