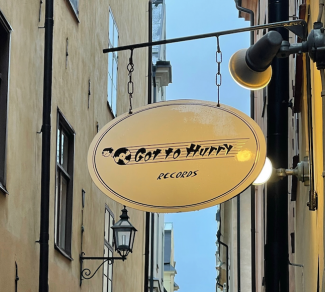 When Kurt Cobain and Courtney Love came to Bo Nerbe's tiny record story Got To Hurry in the old town of Gamla Stan in central Stockholm, he enthusiastically bought all three albums by the local band Stomachmouth, an Eighties garage-punk outfit.

“I had released them on my Got To Hurry label and Kurt Cobain bought all three. And half a year later or so there was an American guy in the shop and he told me Kurt Cobain had been on a radio station in Seattle playing these albums and saying this was his favourite Swedish band.”

The late Rolling Stones' drummer Charlie Watts also came in one day when the band were in town and bought a bootleg collection of the Stones', The Mick Taylor Years, and asked Nerbe if he preferred Taylor or his replacement Ronnie Wood.

Nerbe said Taylor, but Watts quietly observed that Taylor was a soloist and Wood was more of a team player.

Ask Nerbe – whose father was a composer – what other famous names have come into cramped store in a narrow lane just off the main tourist street of Stora Nygatan and he goes quiet, “Just so many . . . so many”. 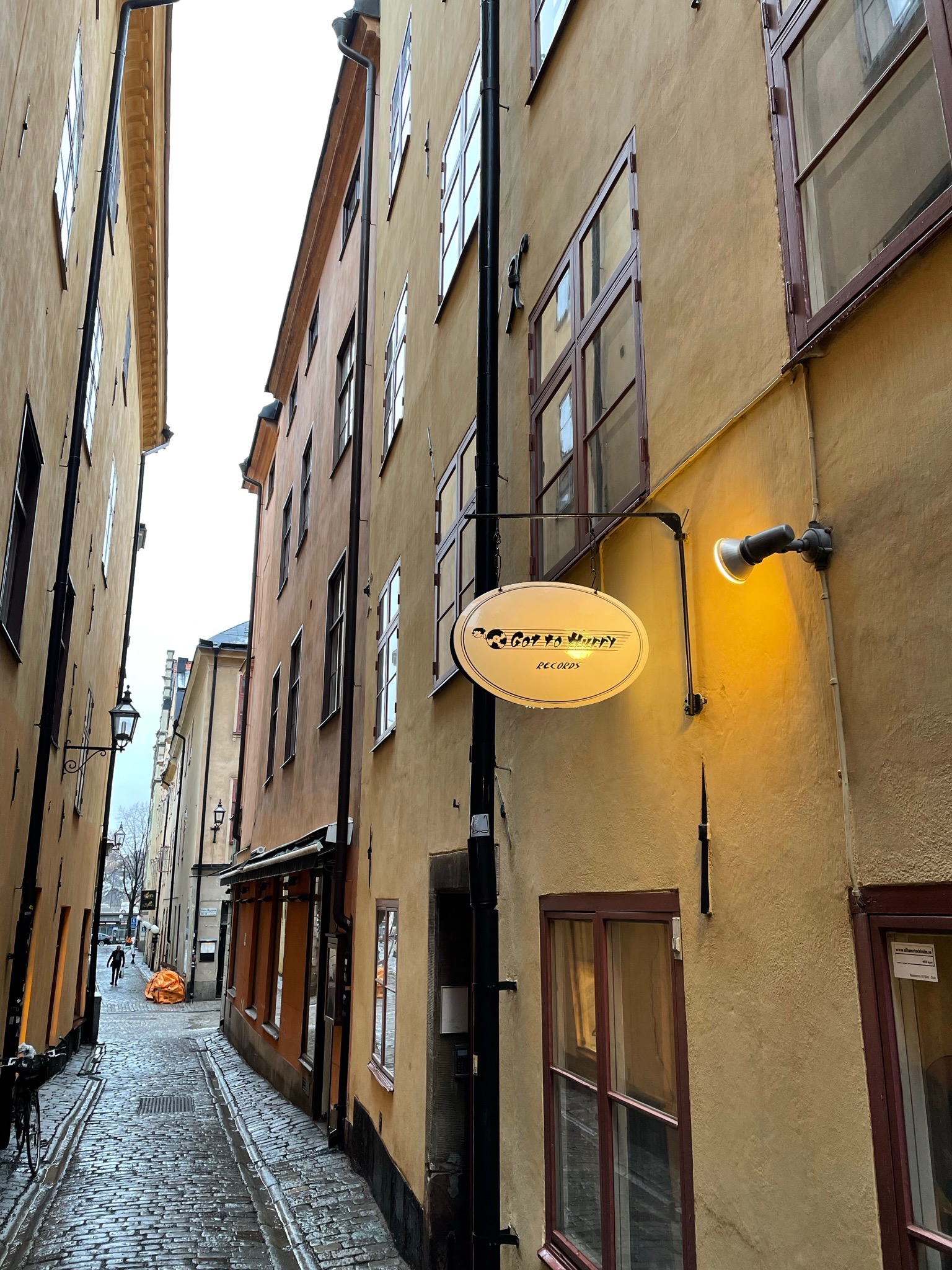 Hardly surprising since he opened this store in 1983 and it is the longest-running record shop in Stockholm, perhaps even in Sweden, still in the same location.

“I know Stefan who has Pet Sounds,” he says referring to a much better known shop in Stockholm, “and has been in business for longer. But Pet Sounds has been in different places.

"I have always been right here."

Now 69, Nerbe says the music of the Sixties and Seventies which his shop is exclusively devoted to, has been a lifelong passion.

“I have been interested in records since I was a kid and was planning to open a store for a long time before I opened it. I was collecting stuff to put aside, not for my own collection but for a shop when I had one.

“The music of this period that was my interest. If you work with the music you don't love you might as well sell toothpaste or whatever. I wanted to do something that I really cared for.

“It's always like that, the music that you listen to when you are a teenager and up to 20 maybe 25 it gets stuck on you.

“For me [the Sixties and Seventies] was when the music exploded, it came from r'n'b with the Stones and the Pretty Things, then getting harder and harder, the blues and so on . . .” 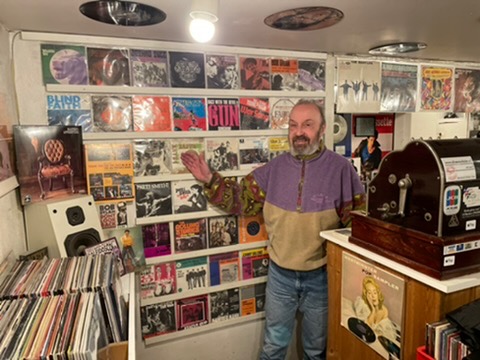 The two rooms of his Got To Hurry store bulges with albums and singles, CDs and DVDs, books, copies of The Beatles Monthly, rarities and reissues, posters . . .

Aside from a couple of Beatles bootleg albums and Swedish pressing of singles I hadn't seen before (was All Together Now b/w Hey Bulldog ever a single outside o Sweden?), I am seduced by a five-record box set of unreleased Rolling Stones studio sessions: Trawlin' the Vaults; Studio Gems 1967-2002.

Nerbe says the limited edition run of 250 copies (mine is #185) on The Godfatherecords imprint out of Italy came about when Keith Richards handed the tapes over to a photographer friend and gave him permission to release them.

This seems an unlikely story, but bootlegs which was once an important part of his business have faded: “These days the bootlegs are not a big thing, rarities are. These days they release a lot of radio concerts which are legitimate, often the same thing but in different covers,” he laughs.

But he has a long track record in selling precious, sought-after original vinyl? 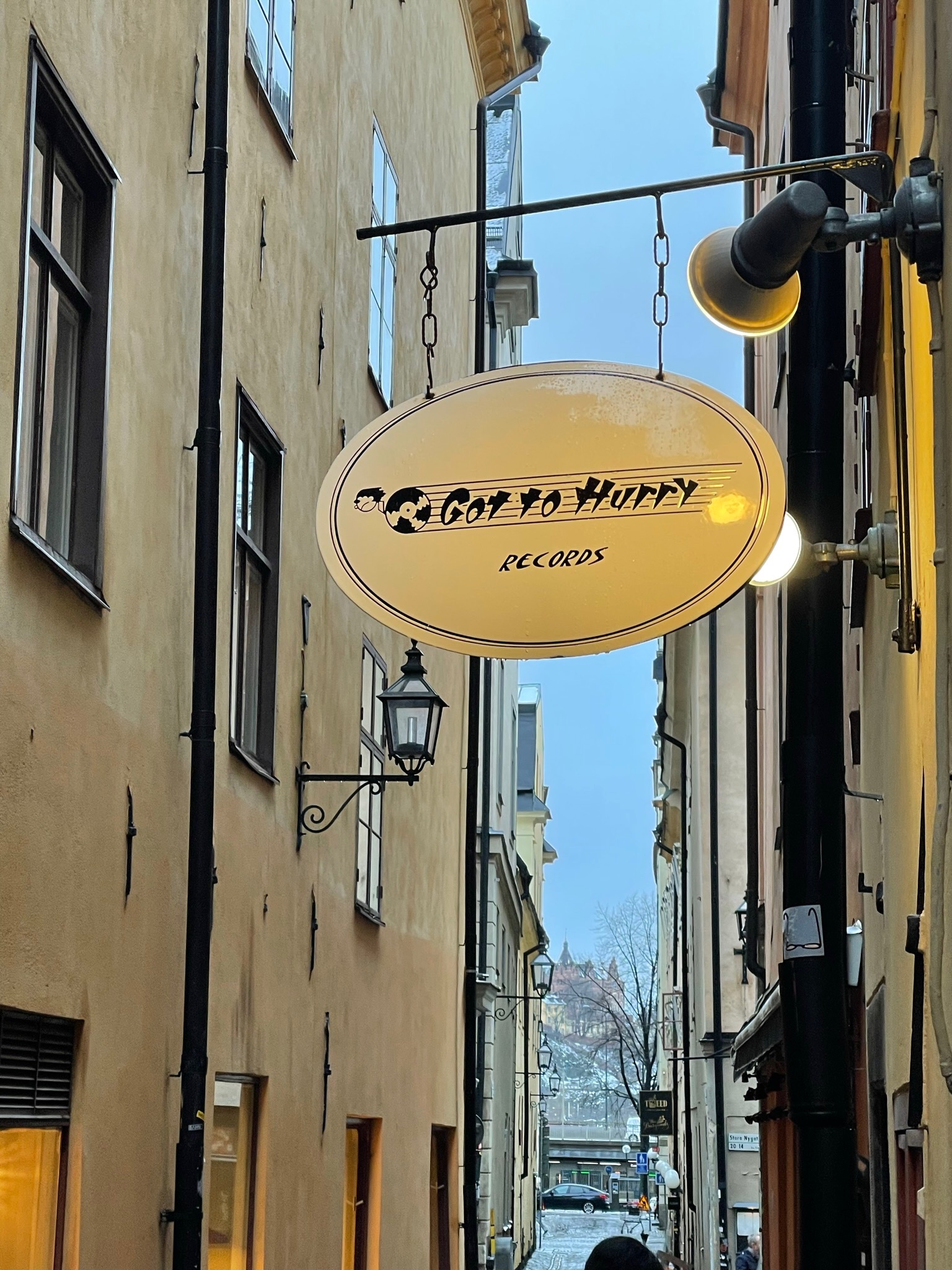 “But by the end of the Seventies I had people picking stuff up for me.

“But the Japanese would pay much more than I could and there were these Japanese guys touring Europe and they would buy up just about everything.

“I heard there was a store in Tokyo that only sold Yardbirds records!

“Now I am selling more and more reissues because there aren't that many original copies these days.”

He is not a fan of Record Store Day for that reason.

“No, I ordered some stuff that interests me but RSD is crazy, in my mind it should be something to benefit the customers but now they reissue stuff and take more money for them than they used to, you have to pay more because it's RSD.

“It should have been RSD but it is now Record Company Day.” 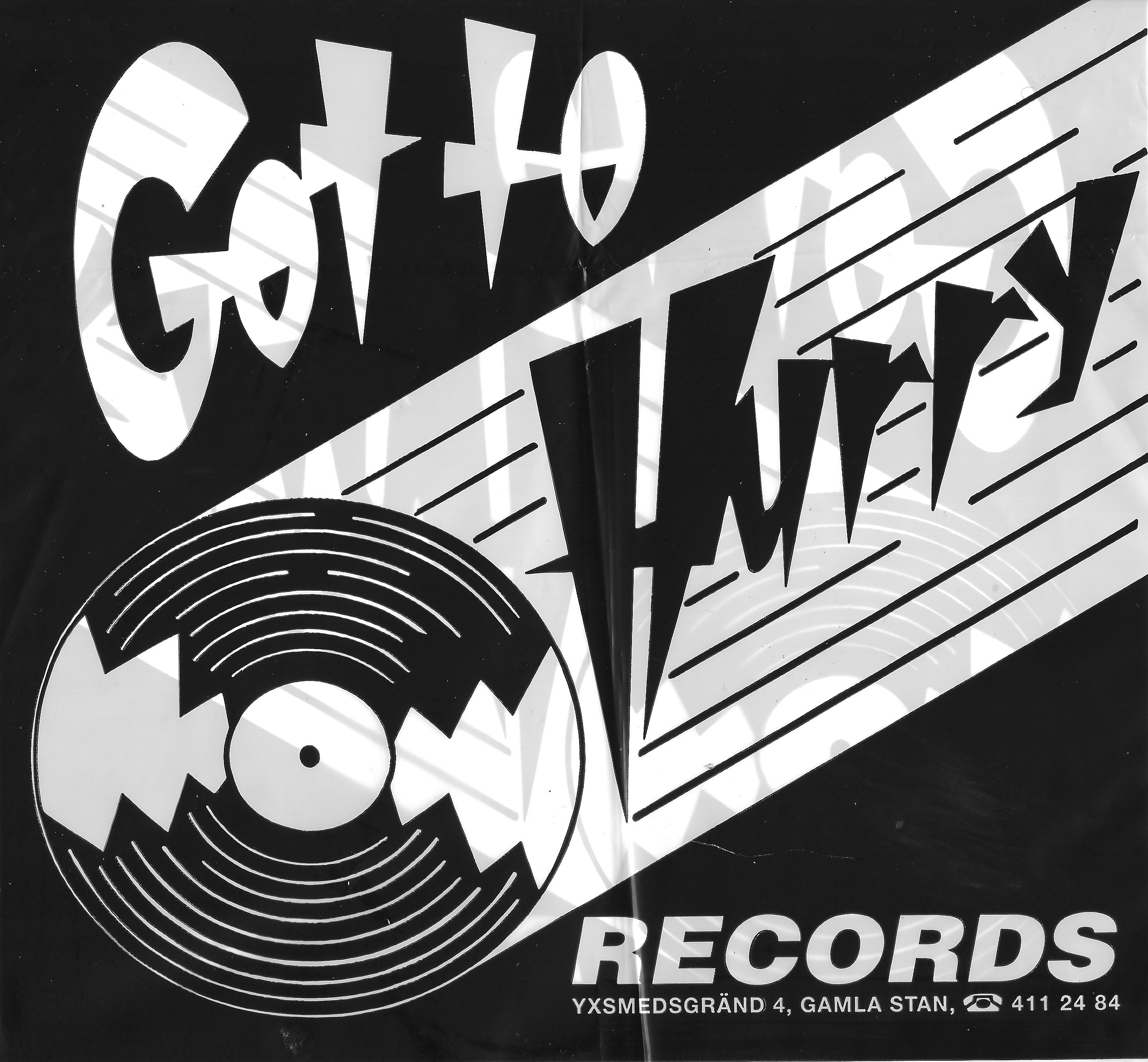 Recently of course business is terrible in the pandemic “but we got help from the government which made it better”.

“I'm a pensioner so I have that, but without that it would have been terrible. I get my pension so I can pay my bills at home.

“The shop is in Gamla Stan which is very big tourist area, but during the pandemic no tourists would come.”

As to the future, Nerbe – who has been coming to his shop almost every day for almost 40 years – doesn't know but expects Got To Hurry will carry on. At least he hopes so.

“But I really don't know, I have a son and my brother has two sons but I will be here until as long as I can stand on my feet.”

And the name? Got To Hurry?

“It's the flipside of For Your Love single and the Yardbirds are my favourite band.

“There was an American artist here in the shop, Bruno Mars I think it was, and he knew Giorgio Giomelski who was the manager of the Yardbirds. He told me that the name was because they didn't have so much money so Giorgio was standing by one of the engineers in the studio and saying “Got to hurry”.

“So they named the song that. 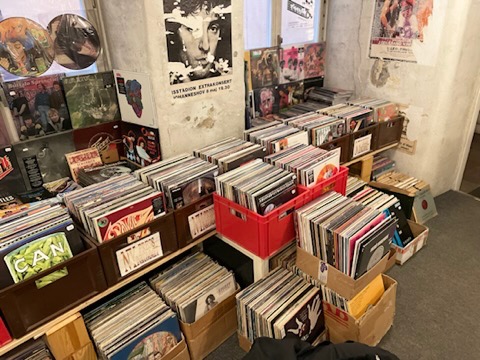 “I thought it was a nice idea because I was only selling original albums at that time and mostly I had only one copy of each. So you got to hurry to get it.”

Got To Hurry is at Yxsmedsgrand 4, Gamla Stan, Stockholm.

Bo Nerbe doesn't have a website but there is something on Facebook here although he says “Somebody else has written about the shop, I haven't written anything. People ring me and I say come down because this is the main thing, to talk to people.”

He'd love to hear from you. If it's Sixties and Seventies music you want, he'll have it. 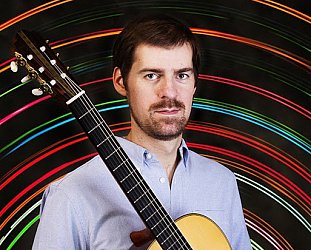 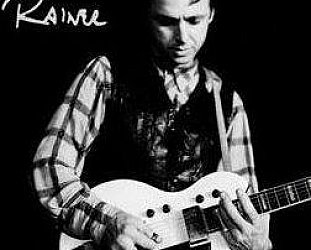