After six exhausting years in the Jam, singer-songwriter Paul Weller pulled the plug in October '82 and within months re-appeared with his keyboard-playing friend Mick Talbot as The Style Council, a group with a soulful, European attitude and some hard things to say about the political state of Britain under the Torys.

Their debut album Cafe Bleu of early '84 exuded cool -- but bewildered longtime Jam followers wondered where Weller had gone: he only sang on a few tracks, the blistering guitar rage of the Jam had been replaced by jazz licks and horns, and there were instrumentals scattered throughout.

This was winebar not pub music.

That said, a mature audience -- and that would include many Jam fans who had grown up during the lifespan of that seminal post-punk band -- embraced it and were prepared to see where Weller might go with this project.

The album -- which had actually built on some diverse banner-waving singles -- sold exceptionally well. 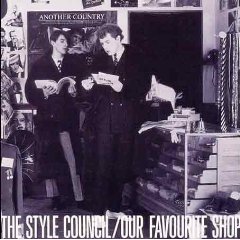 Our Favourite Shop was the even more ambitious follow-up in '85, and debuted on the British charts at number one. Even at the time however, the album looked and felt very self-conscious -- from the sleeve with photos of the Beatles and other British icons to the slightly arch lyrics -- but it also possessed a more coherent vision than Cafe Bleu, and a more cohesive soul sound thanks to a settled line-up around Weller/Talbot.

It benefitted from the glorious presence of singer DC Lee (to whom Weller was later married) and dispensed with the faux-jazz gestures.

With the overtly anti-Conservative lyrics it has dated a little (and the Stand Up Comic's Instructions was always daft), but for the most part it stands as a clear musical vision by Weller, and has some genuinely touching songs such as A Man of Great Promise (set against an ironically up-tempo beat) about his old schoolmate Dave Waller who died of a heroin overdose three years previous.

And of course there was the hit: Walls Come Tumbling Down.

The double-disc reissue of Our Favourite Shop places the original album in a greater context of Weller's songs from the period -- it includes Shout to the Top -- and offers up a live set, unreleased material, and some demos and alternative versions of Shop songs.

The Style Council were always going to pale in the comparison with the fire-power of the Jam and these days -- with the time which has passed since this album's release -- to Weller's later solo career.

But over these two discs there is powerful evidence that here was a rare and largely successful attempt by one of the most English of British rock-writers to embrace a wider worldview in his music, yet remain true to his anti-Tory stance.

And he still managed to write great songs.

Our Favourite Shop is period album to be sure, but one worth sympathetic reconsideration. 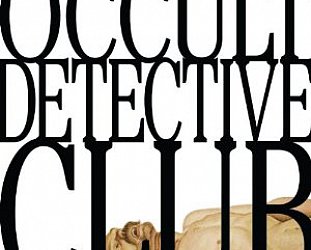 This can perhaps be very brief. If you haven't heard a decent punky rock album since the Jam's In the City and All Mod Cons then this Dallas four-piece has an album for you. In fact you might... > Read more 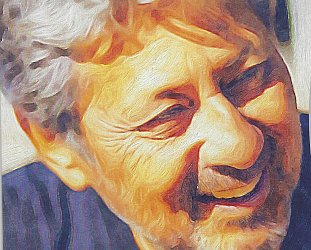 It's an interesting measure of the landscape of popular music that many -isms are called out (racism, sexism, etc) but older artists are marginalised, or worse, ignored completely. Yes, a few... > Read more