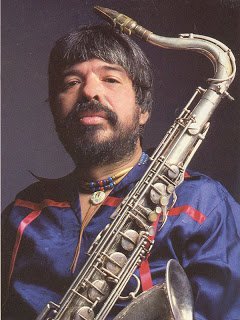 Of Kaw and Creek descent, Pepper was born in Oregon in 1941 and described himself as an "urban Indian". He spent much of his early life between family homes in Oregon and Oklahoma and although he grew up listening to big band jazz and bebop he was also grounded in Native American music, largely because of the influence of his paternal grandfather Ralph Pepper, a member of the Native American Church.

In the early Sixties Jim Pepper moved to New York and founded his band The Free Sprits (which included guitarist Larry Coryell and drummer Bob Moses). Their self-titled debut album in '69 included Pepper's treatment of a peyote chant he learned from his grandfather, Witchi Tia To.

Pepper described it as a Comanche chant which was sung when water was passed around at peyote ceremonies.

In the open-minded atmosphere of radio in the late Sixties the piece started to get airplay and spent five weeks on the pop charts. It went on to be covered by over 70 different artists from the world music/jazz outfit Oregon to the folk duo Brewer & Shipley and ECM saxophonist Jan Garbarek.

Pepper himself revisited it many times.

Pepper was active in Native American politics during the Seventies . . . although it had been Don Cherry (of Choctaw/Afro-American descent and with whom Pepper later toured West Africa) and Ornette Coleman who had encouraged him to explore his heritage. Which he notably did on his remarkable album Comin' And Goin' from '83. It was dedicated to his grandfather Ralph, father Gilbert (who wrote two of the songs) and his mother Floy. 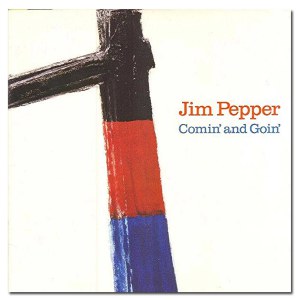 Comin' And Goin' opens with an eight minute treatment of Witchi Tia To and closes with a version of Don Cherry's Malinyea, and the various line-ups he employed on the nine tracks included musicians who were then, and later, among the biggest in jazz: guitarists Bill Frisell and John Scofield, percussionist Nana Vasconcelos, sitar player Colin Walcott (from Oregon), bassist Mark Helias, trumpeter Cherry . . .

Out of his own heritage and the contemporary fusion-jazz he was exploring -- with such like-minded players and a consciousness of Native American politics -- Pepper created an album that is unlike any other in jazz: it has a sensibility that is both ancient and current, addressed serious matters but wasn't without humour (the chant-like love song Ya Na Ho written by his father includes the memorable line "I'll drive you home in my one-eyed Ford"), and is as singular and interesting today as it was on release.

Squaw Song (also by Gilbert Pepper) is a melancholy piece based on impressions of various social dance songs; Goin' Down to Muskogee comes from a traditional Creek stomp; and Lakota Song is an arrangement of a traditional Sioux piece of departure and greeting.

Custer Gets It -- Custer getting it in free jazz maelstom akin to Ornette Coleman -- is from a Kaw war dance.

Aside from the unusual instrumentation and arrangments, it is Jim Pepper's almost impossibly sad voice that makes this album so special. 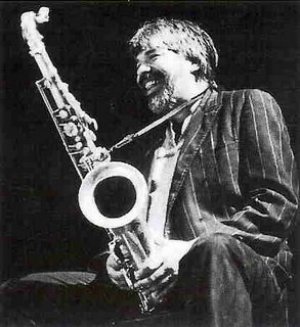 At times he affirms life (listen to his assertion of "glad that I'm not dead" on Witchi Tia To) but on Squaw Song and the title track ("it's good where we've been, good where we're going") you sense an ineffable sadness at the heart of this music.

These days much Native American music has been appropriated by American post-New Age types who somehow think banging drums in teepees and having dream catchers hanging from windows or their rear-view mirror help them get in touch with their ancient spirit.

Maybe it does, but far too much of that music in spiritual bookshops is superficial.

There have been important voices out of the many and diverse tribes of North America, among them Buffy Sainte-Marie, poet and activist John Trudell, saxophonist Joy Harjo, rock guitarist Jesse Ed Davis . . .

And before them all Jim Pepper who, admittedly, could be volatile and battled with alcohol as so many Native Americans tragically do (which makes that "glad I'm not dead" even more poignant).

But he also created sublime music which owed a little to John Coltrane, but mostly to a tradition and cultural memory that was perilously close to being lost.

Sadly much of the music by Jim Pepper -- who died in 1992 -- is in much the same position today. You can however hear a free stream of his '88 album The Path here. It's a lesser outing by Pepper even though there is version of Witchi Tia To in it, on which he sounds beaten and tired.

Comin' And Goin' which came out on the Antilles label was reissued on CD in the early Nineties but is very hard to find today.

On Comin' And Goin' -- which rewards any effort to secure -- he flies still.

Graham,
Your posting about Jim Pepper and Comin' and Goin' is refreshing to see; there are so few people today who know enough (if anything) about Pepper, his music, and its importance today - to listeners and musicians alike. While I might argue the amount of "sadness" in Pepper's singing (and there is a good amount), I hear "glad that I'm not dead" as much a life-affirming song as it is a "whew, they didn't get me -- yet!" statement. My take on it is that there are plenty of reasons for him not to be so alive -- govt policies that almost wiped out his Nation barely a couple generations before his own, to later govt policies designed simply to make remaining culture "disappear" into mainstream America, to the substance abuse that plagued him and so many other Native Americans, African Americans, and others -- as Pepper himself talked about.

I would also like to let you and others know that the Comin' and Goin' album/CD is available (don't believe wallet-gouging hawkers who tell you how rare it is and then charge you an arm and a leg for a badly worn or unplayable LP, or one of the poorly produced CD knockoffs). I see copies of it on eBay all the time, some at reasonable prices, some at artificially inflated, outrageous ripoff prices. Be careful when bidding! Don't get carried away, if you don't get the one you want, there's probably another copy already there or soon to be added. (I would definitely stay away from the CD version with the cliched howling wolf on the cover -- its production quality doesn't stand up).
So congrats on this article. You might also be interested in taking a look at www.jimpepperlives.wordpress.com for a collection of articles on or related to Pepper, his music, and the legacy he left us.

As Pepper himself would say, in response to anyone saying "See you later":

Graham,
One more comment I forgot to add. Comin' and Goin' was instrumental more than once in helping to lift me out of some deep psycho-spiritual abysses. That's one big reason I can't call any of it "sad"; listen to it again, and then listen to someone quietly comforting a sad person -- they take on the sound and feel of sadness, and use it to lift that of their sadness. Maybe that's what Pepper was saying -- "Hey, I know where you're at; I've been there too. Sure, life sucks sometimes, but without it, there's a lot you'd miss. Look forward to that good stuff "where we're goin'" and remember the good stuff from "where we've been."
- Bill
P.S. Adding Collin Walcott and his sitar to Malinyea and Water on the Comin' and Goin' set was pure genius. It's a tragedy that Walcott died in a car crash some three days making the recording. He would certainly have done a lot more with Pepper had he lived longer. 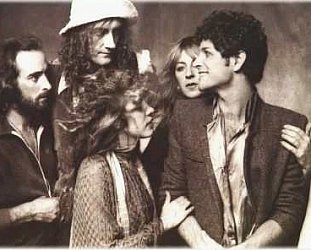 When we take the long view on various artists' careers we can see the pattern. After the enormously successful album many artists consolidate to hold their ground – Michael Jackson's... > Read more