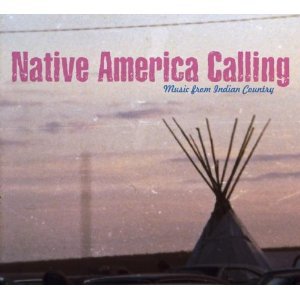 A few Native Amercans have appeared previously at Elsewhere: the late jazz saxophonist Jim Pepper has an Essential Elsewhere album with Comin' and Goin'; the activist, poet, singer and actor John Trudell is interviewed here; and the great Buffy Sainte-Marie appears at From the Vaults with this track from an album which equally might have made the Essential Elsewhere cut.

A few "Native American" albums have been sent to Elsewhere but most were vacuous New Age "healing" music and chants, and you wondered just how much (or little) input Native Americans had had.

This collection -- 22 tracks which includes one apiece by Pepper (his chant-like call-response Going Down to Muskogee from his Remembrance album) and Buffy Sainte-Marie (No No Keshagesh from Running for the Drum) -- puts contemporary artists right in the frame and the music is often at some distance from those New Age albums.

Robert Mirabal kicks it off with Indians Indians (a litany of very different types of Indians which reminds me of Selina Tusitala Marsh's poem Fast Talking PI); there is soulful blues from Pura Fe which leads into a tribal dance; Joanne Shenandoah offers a beautifully pure I May Want A Man (in Iroquois and English, note the "may" however); there is rapid-fire acoustic strumming behind Morley Loon's Dihinoo . . .

Here too is the a cappella trio Ulali (Pura Fe with Mahk Ichi and Shanoojhee), the late rock'n'roll guitarist Link Wray (Shawneee, best known for his raw The Rumble) with an acoustic Shawnee Tribe, and Keith Secola with his "pow-wow rock" Indian Cars.

There is powerful anger here of course: the thumping nu-metal of Blackfire on Is This Justice? (who follow it with a traditional dance chant) and edgy hip-hop from Juilan B with Once Upon a Genocide.

There is also dark humour too (Columbus got lost in our neighbourhood, says Sainte-Marie in her angry denouncing of uranium mining).

With good liner notes which give a little background to the artists and organisations which help the plight of native Americans on the rez and elsewhere, this is an important and enlightening collection which shoves those New Age things well into the shade.

'Native' American music had a local connection with NZ 1974 album of the year; The Song of Crazy Horse by JD Blackfoot.
The title track was a 20 minute opus that came to him (apparently) in a life-defining dream but I could never go past Flushed You from the Toilets of my Heart myself!
Bill Miller, Robbie Robertson, Walela and Joy Harjo don't ring the vacuity bell either.

Never mind all that terrible new age Native American bollocks, this compilation is where it's at...

If that link doesn't work the title is "Traditional Voices - Historic Recordings Of Traditional Native American Music", it's on Canyon Records and it does what it says on the tin. 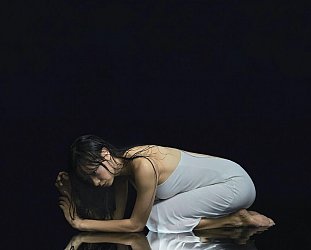 The lines between ambient and contemporary classical music are very blurred here – the album being her two EPs combined – by this cellist and singer-songwriter from London who presents... > Read more 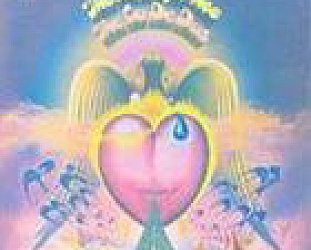 Most people remember Auckland's La De Das for classic r'n'b 60s rock such as How is the Air Up There? and Don't You Stand in My Way, two songs which established them as the Rolling Stones of our... > Read more 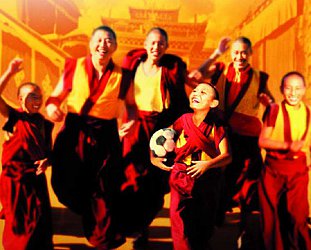 There is a wry scene halfway through The Cup, the debut feature by Bhutanese film maker Khyentse Norbu. In a remote Buddhist monastery in the Himalayas, novice monks are obsessed with the... > Read more 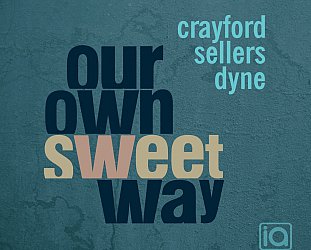