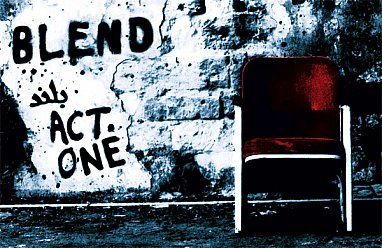 Jad Souaid is late and apologetic, he had a minor traffic accident on the way and in this city -- Beirut, the capital of the Lebanon -- that means handing over papers and having them checked. It all takes time.

Beirut -- which was blown apart in a protracted civil war between Muslims and Palestinians, and Christian factions for 15 years from 1975 -- still lives with the legacy of its recent past.

“There is a vagueness in the air,” says Souaid in excellent if heavily accented English. “People are not sure if they want to stay here or not, and we are not sure if things are going to get better. That’s why Lebanese people are always on the move, they try here and there. It’s not very stable.”

And of course while its internal problems are largely resolved there is always the noisy neighbours across the border, like volatile Israel which invaded Beirut in 82 to drive out the Palestinians, then occupied a large part of southern Lebanon in 1998.

“The tension is present all the time and we can’t neglect the consequences or the effect of what is happening in Palestine. We hope for the best and expect the worst.

“But we are doing what we wanted which is why we are happy to be here in Lebanon. We get our inspiration from Beirut which is a very beautiful city in its own way. A lot of Beirut is present in our album and if we left here it wouldn’t have sounded that way.”

Souaid with drummer Jad Aouad, bassist Haytham Chalhoub and guitarist Miran Gurunian are Blend, one of the few English-language rock bands in Lebanon.

That means their impressive debut album Act One is a mix of post-grunge in the manner of Pearl Jam but some unexpected Middle Eastern melodies and instruments. With guest vocalist Natacha Atlas (formerly of Transglobal Underground) on one track and instruments like bouzouk, reg and mazhar, it makes for a heady blend of the exotic and the brooding.

The band members, all in their late 20s, grew up listening to Iron Maiden, Metallica, The Mission and classic rock by Led Zeppelin then, when they could get the albums which were passed from hand to hand, the grunge rockers from Seattle like Pearl Jam, then Radiohead.

But in 97, after the suicide of a metal fan, albums by Metallica and Nirvana were banned just as Blend had its first incarnation as Leviathan and had started playing rock covers in local pubs.

Later two of the band emigrated to North America before returning and reforming as Blend.

But it’s difficult being a rock band when there is an absence of rock radio and few record stores stock your kind of music. It makes life doubly difficult if you have your own album in the genre out there looking for an audience.

“We don’t have rock radio or an alternative radio station, and the rock movement is far from being mainstream here. So we are having a lot of problems being radio-played.

“There is a rock community and before our first concert we started a big mailing list and told people about it. The hall was full so we knew there was hope.”

In their homeland Blend are unique in that sing in English and are signed to EMI, a major label. Traditionally major label outposts in regions outside of the English-language rock axis of London, New York, LA and Sydney only sign local acts for their own markets.

In Beirut that means traditional folkloric music or bland Arab-radio pop. Blend are conspicuously neither.

“We’ve always sung in English because of the music we grew up listening to. Also, if you listen to the local music on radio and television you can’t get very excited about the local scene, it’s like the decadence of Arab music because of all the disposable music they are making.

“It’s basic stuff from the computer, or a girl with silicone breasts. It’s the same for the guys. It’s all about the looks and the people now are getting so used to it. Luvsong on our album is a tribute to the traditional Arab music.

“We also sing in English because the rock scene here is minimal. So we are aiming to get released in the Europe and the States. And we want as many people as we can to understand our music and lyrics.”

The four members of Blend came together eight years ago at university but after a brief period as Leviathan both Souaid and Chalhoub, who met while studying engineering, went overseas to work.

“When I graduated I got a contract in Canada and I wasn’t troubled about not playing rock here in Lebanon and having a professional career. So I went to Canada, but came back for a week and we recorded a song as a souvenir song because we had always played together.

“After I left they took the song to EMI and I was very surprised when they told me they were going to sign us. Never in the Middle East would a label sign a non-Arab-singing rock band, it was a first. When I heard the news I quit my job in Canada, sold my furniture and came back. I’m not an engineer anymore.”

The song which attracted the ears of EMI was Belong which opens their album. It appeared first on a compilation album and got heavy radio play because it dealt with the search for identity by the post-war generation.

Other songs on Act One explore the personal and political, and the anxieties young people feel. Already journalists for English-language magazines and newspapers around the region have flown in to interview them, and they have done press with Germans and Swiss writers also.

Not that this means they have it made: all of them still have day jobs, and side projects such as writing music for films keeps them afloat. But next year they will hit the European festival circuit.

And while they connected with a rock audience, the name of Atlas on the track Communicate has also lent credibility for other listeners.

“We were supposed to provide a song with Arab lyrics so they could get it played on radio but we didn’t want to sing in Arabic so we came up with some names to sing a part. They were non-commercial artists and not well-known, but when the record company proposed her we just went for it. She is so uplifting.”

Blend’s point of difference to international rock bands is in that Middle Eastern sound with its keening melodies and unusual instrumental passages.

“We don’t want to imitate other people even it means we don’t get commercial success. We want people to listen to us because we are different. If we were sounding just like Led Zeppelin, even if we came from Lebanon, why should anyone care for us? 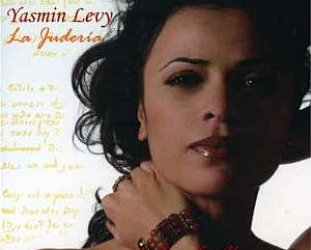 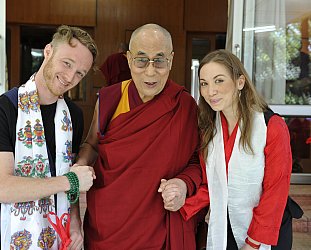 In a year full of the unexpected, the new album Inner World still surprises. It features the voice of the Dalai Lama speaking words of wisdom and compassion and placed against relaxing soundbeds.... > Read more 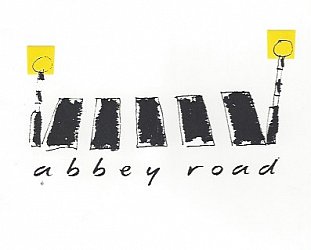 We mentioned in our second part of this look at the Beatles' Abbey Road album but it bears repeating. Despite whatever personal issues they had between them, when the Beatles... > Read more 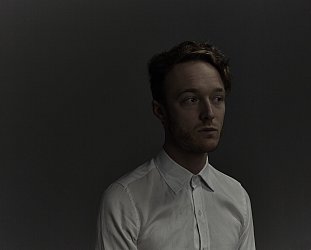 Abraham Kunin is a musician with many hats: He is a member of the Auckland three-piece the Means who parlay a kind of soulful electro-jazz and released their debut EP The Ends 18 months ago, and... > Read more