In October ‘93, when Paul Simon took up what amounted to a month-long residency at the Paramount Theatre in New York, it was billed with typical Nineties hyperbole as “The Concert of a Lifetime”

At this particular spectacular -- Art Garfunkel, Phoebe Snow, Ladysmith Black Mambazo and other Simon collaborators and friends present -- Simon was celebrating his 52nd birthday and, more prosaically, launching the three-CD box set Paul Simon 1963-1993, a retrospective of a career to that point which even his most carping of critics would have to concede had been notable for its visibility and versatility.

Like him or not -- and many don’t -- it has to be acknowledged that Simon has enjoyed a remarkable career which took him from the Brill Building with Carole King, through folkie days in London, and on to popular acclaim: “every generation throws a hero up the pop charts“, huh?

And then he became into a lightning rod for world music and the attendant politics which came when he broke the cultural boycott and worked with musicians in South Africa for Graceland in ‘86.

Then he went on to explore South American music for Rhythm of the Saints four years later . . .

Paul Simon -- still irritatingly interesting after all these years?

The three-disc, 52 song set concentrates mostly on Simon’s solo career after the Garfunkel years, although quite correctly assumes the Bridge Over Troubled Waters album of ‘68 was a Simon solo effort with Artie singing, sometimes reluctantly.

Although not strictly chronological -- a track by Tom and Jerry, the earliest non-de-pop of Simon and Garfunkel, appears some way in -- it opens with the folk simple Leaves That Are Green from the Paul Simon Songbook album of ‘65 which was raided for The Sounds of Silence which he‘d written after the Kennedy assassination. Originally an acoustic song, it had drums, bass and electric guitar added (without Simon‘s consent) by producer Tom Wilson. It was their breakthrough hit and in the box set appears in that folk-rock version.

The collection -- and Simon’s music -- gets really interesting after Kathy’s Song, America, El Condor Pasa, The Boxer and Mrs Robinson have been dealt with.

As one of half a dozen unreleased tracks among the 52 here Simon includes his short demo version of Bridge Over Troubled Waters, just before the fully-blown album version.

Jeff Giles noted in Newsweek that by doing so, Simon pays homage to “his grade-school buddy’s astonishingly delicate vocal that lifted that song up”.

But it was also about the last time Paul needed Art. 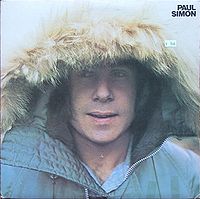 By his first solo album Paul Simon in ’72, he was refining his writing and well on the way to becoming the pre-eminent songwriter of his baby-boomer generation. Over the following 20 years he had few equals for consistency.

In one verse of Slip Sliding Away, a song he says he wrote in an hour, he encapsulated a couple of themes from The Women’s Room and the numbing domesticity of his generation in the Seventies: “I know a woman, became wife and these are the very words she uses to describe her life. She says, ‘A good day ain’t got no rain, a bad day is when I lie in bed and think of things that might have been . . .’. “

As with many of his peers, he “smoked a little J” (Late in the Evening), got into marriage, kids, divorce, another marriage, another divorce . . .

And along the way he captured ivory hard images.

He nailed his generation’s disillusion on the re-election of Richard Nixon in the weary American Tune (“I don’t know a soul that’s not been battered, don’t have a friend who feels at ease”) but he could also sing a lullaby to his sleepy son in St Judy’s Comet: “If I can’t sing my boy to sleep, well it makes your famous daddy look so dumb.”

In The Late Great Johnny Ace he bridged the generations and emotional distance between the details of the deaths of Johnny Ace and John Lennon, and the central passage ("it was the year of the Beatles, the year of the Stones") is about that other great John, JFK. The orchestral part at the end was by Philip Glass (who writes an essay on Simon’s latter period in the booklet which accompanies the collection).

The former folkie Simon was now moving through the world of contemporary classical music.

He went from “the words of the prophet are written on the subway walls” to the eerie discomforts of the Eighties where “the bomb In the baby carriage was wired to the radio”.

Always a musical magpie, he worked with Los Incas on El Condor Pasa in ‘70, the Dixie Hummingbirds (‘73), lifted from Bach’s St Matthew’s Passion for American Tune, did his jazzy turn for the One Trick Pony album/movie and sang with Phoebe Snow. However Los Lobos sax player Steve Berlin says Simon “stole” All Around the World on Graceland from them.

He counts among his friends Steve Martin, Chevy Chase, Miriam Makeba and Hugh Masekela. Hardly the Woody Allen of rock as he has often been painted.

There has, however, often been an anxious-to-please streak about Simon and a smugness about his undoubted abilities.

It’s possible to both love and hate songs such as 50 Ways to Leave Your Lover or You Can Call Me Al, always conceding they are annoyingly well crafted.

Perhaps also Simon has often been too often peculiarly American to be fully affecting.

But when state troopers were on the campuses across America, Simon’s line in Mrs Robinson caught the popular imagination and the yearning for the certainties of yesteryear: “Where have you gone Joe DiMaggio, our nation turns it lonely eyes to you” was also about losses and failed heroes. And about the individual’s inability to find the hero within.

Maybe Simon did create muzak for the former Rolling Stone readers who graduated into writing for Newsweek. Maybe he hasn’t been a knockabout rocker. Or worse, he’s popular, unfashionable and politically incorrect sometimes.

But he was never speaking directly or in simplistic notions. No One who writes a surrealistic song with the title Rene and Georgette Magritte With Their Dog After The War was going to always be an easy proposition.

It was producer Joe Boyd, speaking about the Graceland controversy, who noted that expecting Simon to be dogmatic and politically simple was unrealistic. “In all revolutions,” said Boyd, “nuance and ambivalence are the first casualties. It is hard to put subclauses on a banner or explain exceptions in a chanted slogan.” 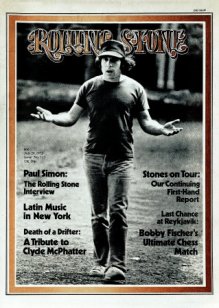 One only wishes looking at this collection -- which perhaps already holds more Simon than most might need -- that the compilers had travelled as far. Marketplace economics doubtless dictated just three discs, but the selections are conservative.

Here are only the most commercial songs from that fruitful Still Crazy After All These Years album in ‘75” no Night Game or the unsettling and prescient Silent Eyes (“watching Jerusalem”). And Graceland has been plundered for a disproportionate seven, somewhat obvious, tracks. Pity.

Few can come to Paul Simon without some preconception: genius, jerk, craftsman, emotionally disengaged lyricist and so on.

No matter. In the long run, as he once sang, “ a man hears what he wants to hear and disregards the rest.”

There is a 2000 interview with Paul Simon at Elsewhere and his 2006 album Surprise is reviewed also. 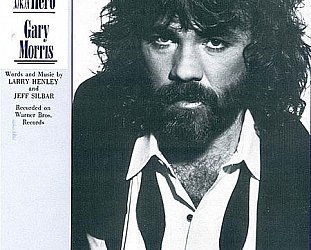 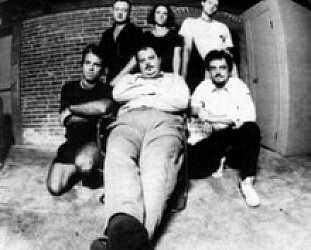 When Elsewhere spoke with Pere Ubu's mainman David Thomas recently it was ostensibly to discuss the two box sets of the band's early recordings which have been reissued on vinyl (and download)... > Read more