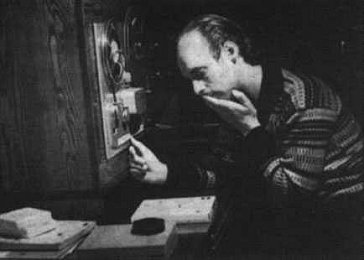 Legend has it that when Roxy Music singer Bryan Ferry fell out with the band's synth player (and avant-noise merchant) Brian Eno he accused him of being a "non-musician".

Eno -- full name Brian Peter St John Le Baptiste de la Salle Eno -- took this as a compliment and departed to carve out one of the most influential, distinguished, distinctive and durable careers in contemporary music.

Eno is in rock culture but not really of it. Yes, his production credentials are impressive: Devo's debut Are We Not Men?; Talking Heads' mid-career albums; with Bowie for his terrific Heroes, Low and Lodger trilogy in the late 70s, and U2's most interesting work on The Joshua Tree, Unforgettable Fire, Achtung Baby and Zooropa, among others.

But Eno is also an essayist, theorist, video artist, cultural commentator and curator. His albums may be part of a jigsaw of ideologies and theories, but he has created some of the warmest, most human music in rock culture.

He anticipated emerging music styles and was an early champion of influential artists, although he often seems to create his theories after the fact. Some have discerned the origins of minimalist, punky art-rock in his first four solo albums: Here Come the Warm Jets ('73), Taking Tiger Mountain ('74), Another Green World ('75) and Before and After Science ('77).

The thrashy King's Lead Hat on Before and After Science was an anagram of Talking Heads whom he later produced.

In the mid 70s after two albums with Roxy Music he recorded No Pussyfooting ('73) and Evening Star ('75) with King Crimson guitarist Robert Fripp which were textural soundscapes and innovative in their use of tape-delay.

Eno didn't invent ambient music but certainly made a series of albums (and produced/presented other similar-minded musicians) on his own Obscure label which defined the territory.

They were gorgeously insidious listening, and it's not his fault others turned his concept into New Age elevator music.

He was in the vanguard of sampling when he and David Byrne joined their formidable cerebellums for the '81 album My Life in the Bush of Ghosts. At the other end of the spectrum he made a gorgeous album of lunar instrumentals, Apollo.

Of late Eno has somewhat disappeared up his own art -- curating, only the occasional album, some internet releases, catching up again with Byrne for an album -- but his influence is still profound.

Prestige is one thing, whether his four once-influential solo albums have anything to say in the present climate is another. But this being the time of manufactured pop and r'n'b, by rote garage-rock and retro-fever, the albums from Jets to Science still sound remarkably innovative, once again offering a template for the more adventurous to explore. Elements of Eno's later career are hinted at or overtly appear. 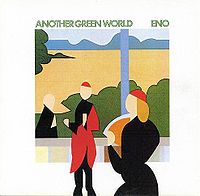 Here Come the Warm Jets jitters at you in angular and disconcerting pop, Taking Tiger Mountain is full of staccato agitation and brittle but bent songs, and Another Green World is a passport to a world of strange sonics.

Very little is linear, ordinary or predictable, and the baffling lyrics prove the Little Richard adage, "it ain't what you do it's the way how you do it".

The essential, expansive Before and After Science offers luminescent, ethereal soundscapes (Julie With, By This River, Spider and I) alongside radio-friendly pop (Here He Comes) and new wave (King's Lead Hat).

Old Eno hands have passed this way before -- the first transfer to CD, the remastered versions, the box sets which collected instrumental and vocal tracks separately -- but the 2004 reissue of "original masters" re-illuminated four of the most influential and enjoyable albums in rock, and albums which changed the way many heard and thought about music.

Not a bad start to a solo career for a non-musician. 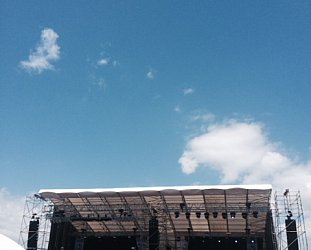 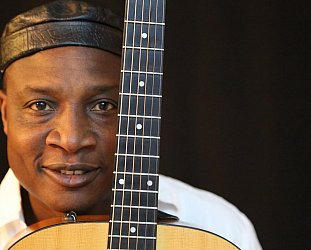