While at Abbey Road in June listening to the playback of some of these tracks (about which I wrote this), it seemed natural to ask engineers Allan Rouse and Steve Rooke -- who have each spent the past couple of decades working on Beatles or Beatles-related albums such as Let It Be Naked, the "songtrack" of Yellow Submarine and various McCartney debacles such as Give My Regards to Broad Street -- what could possibly come next.

Frankly, they didn't know. Or if they did, they weren't saying -- although dismissed some suggestions.

Some unreleased Beatles material has achieved mythic status: a 27-minute version of their pre-apocalyptic Helter Skelter; a 10-minute take of Revolution; the free-form Carnival of Light from January ‘67 created for a psychedelic rave of the time; Beatlemania-era concerts recorded by producer Martin, whole albums of early material which EMI compiled such as Sessions (announced in December 1984 then quietly dropped) . . .

Engineer Rouse is dismissive of the Helter Skelter version saying it isn’t as interesting as fans might think: “If it appeared on-line we’d close them down immediately“.

And Carnival of Light?

“It is what it is,” he shrugs, adding it is no [Beatle‘s] best interest it be released.

But in recent years McCartney has tantalisingly dangled it whenever he has an album of his own to promote like the recent Fireman release?

“Oh, you noticed that, did you?” he laughs. But George Harrison rejected it from inclusion on Anthology 2 and his estate feels the same. It’s rubbish noise by stoners.

The 10-minute Revolution has already been on-line (hardly essential but crying out for a remix) but there is much more Beatle-music for the obsessive and curious.

The Beatles’ Hollywood Bowl concerts of August ‘64 and ‘65 were recorded (a compilation was released in ‘77 but has not appeared officially on CD); there’s the historic Shea Stadium concert of August ‘65 (some songs appear in the Beatles’ Anthology DVD); music from the studio sessions for Let It Be, some of which was scheduled to appear on the aborted George Martin-produced Get Back album . . .

And much studio noodling.

Perhaps of most interest is the complete rooftop concert in London in ‘69, the group’s final performance before a live audience. It was recorded in its entirety and has been sitting in a can for the past four decades. Forty minutes of rock'n'roll history.

When it comes to Beatles re-issues and remastering, it may yet be a long and rewinding road.

It's frustrating that most of the material mentioned above is available for those willing to look for it (and overlook its illegality) but EMI/Apple or whoever refuse to release it in a format that does justice to the music. I suppose we should be grateful that EMI isn't flogging a dead horse with this stuff as they could, but to wait nearly thirty years for EMI to finally remaster the original LPs is disappointing. I'm told that the Capitol Reissues of a few years ago were pretty good reproductions of the early stuff.

And now we are told via Amazon's Beatles store that the mono box set isn't a limited edition of 10,000 copies as we had been lead to believe?
Hmmmm.
What was it that Johnny Rotten said: "Ever get the feeling you've been cheated?"
Sorry folks, I was just working on available information at the time. More fool me for being trusting in the face of corporate capitalism, and Apple.

this is interesting, i am told officially that EMI never said the mono set was a limited edition and that was something that amazon put into the world. hmmm

Come on!!! who needs Apples... in the Dr.Ebbetts catalog you can find, in a very clean way, The Beatles’ Hollywood Bowl, the Shea Stadium concert, the Get Back album (by the way is not produced by George Martin) the Rooftop Concert, and others like the Decca Audition.
And I don't think Revolution take 20 needs a new mix, the current sounds more like the original rough white sessions. 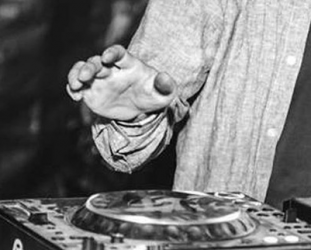