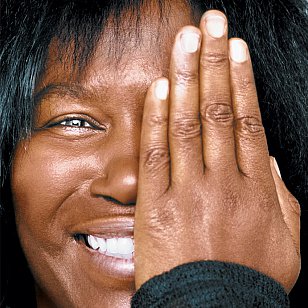 Joan Armatrading makes an embarrassing admission for someone whose most recent album Into the Blues debuted at number one on the Billboard blues charts: she doesn’t listen to the blues and while some interviewers have noted the influence of John Lee Hooker in a couple of tracks she couldn’t identify a Hooker song if she was asked to.

“Yes, some people have said John Lee Hooker about one of the songs. Although I know the name, if you played me something of his and said, ’Name that person’ I probably wouldn’t be able to.

“I didn’t research the blues to do this album. It’s like me with jazz. I know what the music is supposed to be like but I’m not swamped in it. When I wrote Show Some Emotion or whatever, I didn’t listen to a whole swag of jazz records to write those song.

“But I know John Lee Hooker is a big name in the blues, so it feels nice to hear it when people say that. Even though I’m not 100% certain who he is.”

Armatrading laughs throatily -- she is nursing a cold after the European leg of her Into the Blues tour which started in February -- and notes she is surprised she was the first British artist to debut at the top of Billboard’s blues charts.

What makes the album so strong is that Armatrading’s musical eclecticism -- she usually roams from rock and jazz across pop and reggae -- has been reigned into a single genre. In that regard it is the album she has been promising to make, an album with an over-arching musical coherence.

“Yet when I started to write I realised you could be quite eclectic in the blues because you could have swamp blues, rock-blues or gospel or ballads, all kinds of different blues styles. That I found quite exciting.”

The album certainly moves across the blues terrain from edgy rockers (Liza which owes a debt to Muddy Waters) to a biting swipe at a vain friend (There Ain’t A Girl Alive) to the autobiographical (Mama Papa) and social insight in Secular Songs which notes the absence of religious songs in English churches today.

“That came when I was invited to a church in Oxford and it was beautiful, all the intricate details and stained glass and very purpose-built. But what was being sung were Schubert and French songs -- very secular songs -- which had nothing to do with spiritual involvement.

“At that point I remembered when I did a radio series about Caribbean music and we went to a church, a very simple one which was just a square building painted white, nothing fancy. But it was the most spiritual place you could go to. When the people were in there, they were there for the sermon and to sing with the choir.

“It was totally opposite to the one in Oxford, so my mind went back to that little Caribbean church.”

Armtrading  is modest about her achievements which, outside the music industry, are impressive.

In 2001 she completed her university degree in history (through the Open University) after five years study, much of it while she was touring.

“Someone said, ‘How did you do it?’ and I said, ‘You start and then you finish’. That’s the trick, although it wasn’t easy writing essays in Australia or America and then getting them back. At that time they wouldn’t let you e-mail. But I did it, because I wanted the letters after my name.”

She is now on the board of the Open University, has four honorary degrees from other universities, an MBE, and is president of the Women of the Year panel in Britain which identifies women who have made a significant contribution.

As if happier talking about that organisation than her own achievements, Armatrading speaks of how all the women at the invitation-only luncheon are deemed ‘women of the year’ and that every year 400 of those present are new faces.

She speaks of one of the winners having sponsored over 700 children, of Sister Frances Dominica who founded the first children’s hospice (“you’d think that idea must have been around centuries but no, she founded it 25 years ago”) and of Tina Turner who showed the courage to escape an abusive marriage.

Asking Armatrading what her own contribution has been elicits an embarrassed laugh and an unwillingness to be drawn. But she does speak of the pleasure she gets from those who have been touched by her songs.

“When I’m on tour, or what people write on the website or in letters, they will say that a particular song helped them through a certain situation, or allowed them to express themselves to other people when they couldn’t find their own words, or it has comforted them through certain troubled times.

“Sometimes a song has been a joy that they’ve incorporated in another joy. They may have used Heaven at their wedding or a christening for example.

“I find it incredible that for an occasion which is completely personal they would want to include one of my songs. That’s pretty special for me.” 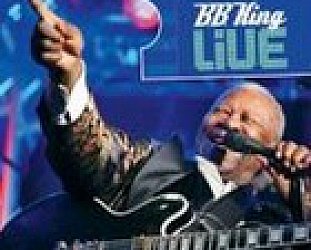 This may not be the best live album King has made -- there is a case made for another under Essential Elsewhere, see tag -- but from his comments in the tie-in DVD bonus footage it will be his... > Read more 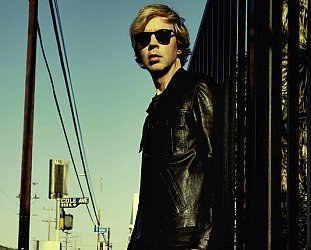 It was almost 20 years that I first saw Beck in concert, an extraordinary show at the glamorous Art Deco Wiltern Theatre on Wilshire Boulevard in Los Angeles. My recollection was he hadn't... > Read more 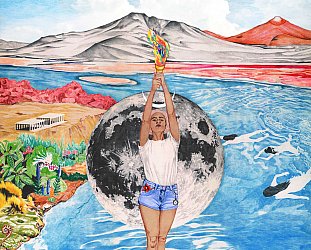 We didn't so much miss Irish singer-songwriter Wallis Bird as get to her too early, back in March when she was touring in New Zealand and she answered some questions for us. At... > Read more