Sometimes you can just get too much too soon - and the wrong kind of attention. Take American singer Chris Whitley, whose debut album Living with the Law has been picking up praise by the bucketload.

Sure it’s a great album; Rolling Stone called it “riveting and original” before acclaiming Whitley as “a visionary who trades on archetypal symbols and classic riffs to fashion his own twilit American mythology.”

The Independent in London had a good line, too: “Whitley is clearly a troubled mind -- five parts old-time religion, five parts dirty sex and 10 parts guilt and suffering. Nick Cave would probably kill to be him.”

It seems the commentators are clambering over each other to use their best lines on Whitley's amalgam of weirdly detached vocals, unnerving steel guitars and Cinerama sound courtesy of his suitably smoking band.

And Time magazine shot out of the starting gate with a feature on the new generation of artists which included Whitley and his “peak-neat debut” in a two-page spread along with Richard Thompson, James McMurtry and Will T. Massey.

'That’s the kind of media attention most artists would be delighted with, especially for their first album -- and particularly that Time magazine spread. You can’t begin to imagine how many homes and doctors’ waiting rooms that goes to.

Whitley isn’t so sure. In fact, he’s just a little irritated by it.

"Man, to be honest, that Time thing bothers me.” he says quietly from his hotel room in Cincinnati, where he is opening for Tom Petty.

“Them guys like James McMurtry and Will T. Massey are great writers and all, but I don't have a lot in common with them other than perhaps a similar need to write.

"I don’t strum a guitar or come out of that Austin, Texas, country-folk heritage. I feel more -- I dunno -- acid-rock than that," he laughs.

“And then there’s the blues, which is a big part of what I do, although I have to say I find a lot of blues very boring - most blues in fact. I respect it, but don’t get much out of it.”

To have Whitley, whose album is smoke-cured in the sound of disconcerting rural blues, tell you the music doesn’t do much for him is a major heresy. It is the cornerstone of his music and every writer has hauled out the name and sound of Robert Johnson by way of reference.

“I guess everyone needs a reference point but I don’t feel particularly rootsy or traditional – but I guess I do sound old-fashioned when compared with Paula Abdul.

“I feel the way we recorded the album -- and this may sound audacious of me -- is more sophisticated than much of the high-tech music we have now. I actually don't mind some of that stuff. It’s something I’ve played before, or at least tried to.”

And when Whitley embarks on anecdotes about his life, the fragmented images of his lyrics and supple, shifting guitar sounds find their parallel in a life in which, as he says, he “grew up moving.”

Born in Houston, moved to Dallas, moved to Connecticut, moved to Mexico when his parents split up, moved to Vermont . . . The list goes on until Whitley found himself in Belgium in the early ’80s, “before long hair became popular again,” playing dobro and “new-wave electro-pop.”

“I felt very insecure and like I didn’t fit in, so finally gave up. Mostly out of frustration and desperation. I started playing slide guitar again for the first time in four years and wrote Phone Call From Leavenworth with no chorus and no beats-per-minute,” he says, referring to one of the uneasy, moody blues songs on Living with the Law.

By abandoning rock, Whitley found himself instinctively drawn back to the music he grew up with. His parents, he says, were married young "and were sort of weirdos." They were into Dylan very early on and Whitley grew up with the Sixties generation of blues players, white artists such as Eric Clapton, Jimmy Page and the Doors.

But it was the first Johnny Winter Columbia album which made me want to play National steel guitar. There was a song called Dallas which was slide-guitar delta blues with mean, weird lyrics. It was blues rock from hell and very much that Texas thing. It got me.

“I love that rural blues thing, it’s like an idea before thinking about it. It has a real purity."

When Whitley puts that strange, primitive guitar sound together with his literate lyrics it also has a purity about it. His lyrics flick out images and an acute visual sense which he attributes to both his parents being visual artists. The sound appealed to film-maker Ridley Scott (Bladerunner, Alien) who heard a rough demo of Big Sky Country and included it on the soundtrack of his most recent film, Thelma and Louise. 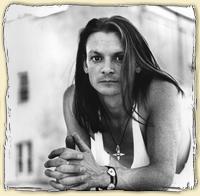 But that demo dated from when MCA Records was toying with signing Whitley, who was playing around New York. They waited too long and Sony Music grabbed him.

At a barbecue in New Orleans, Whitley was introduced to Daniel Lanois (producer of the Neville Brothers and U2), who immediately heard echoes of his own sound in Whitley’s playing. Lanois’ studio was made available for Whitley's sessions with Lanois' keyboard player Malcolm Burn at the production desk.

Those typically Lanois ambient sounds which “suggest space, depth, history and freedom," according to the Independent, allow the music to breathe.

“Whitley appears to have learned from the Velvet Underground," said Rolling Stone, “about the unsettling pleasures of novel instrumentation; he juxtaposes, for example, harsh electric guitar with viola."

Sony Music clearly knew they had somebody special with Whitley and, perhaps encouraged by their success with the Robert Johnson Complete Recordings box set last year (“that was the coolest thing, that last year that sold 500,000 copies,” says Whitley), they decided to market him carefully.

In America in early May the company sent out postcards to "tastemakers" and followed up a few days later with an advance promotional cassette mailout. Whitley undertook a promotional tour in June and sampler 12 inches were sent to college radio.

A “full CD Digipak” was sent to “taste-makers" on June 18 and the following day the promo CD of Living with the Law was “blitzed to AOR/ALT radio stations.” The adults and alternatives had their interest prodded, the professionals were enticed. 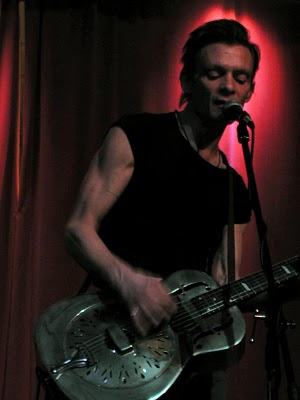 Teaser ads were placed in various significant publications and after the album was eventually released on July 2 there were full-colour ads in magazines such as Billboard, Spin, Musician and Guitar.

It was little wonder Whitley hit that two-page spread in Time -- he was hard to miss.

Fortunately he’s also very good, although he still has doubts about what it all means.

He worries that all the attention means he`ll have little of the seclusion he needs to write and wonders if by doing all the press interviews he’s giving himself away too much.

“So far it has been therapeutic,” he says in the same quiet, measured voice that is all over the album. “I'm doing all these interviews but at some time all that will stop and I won’t be news. That’ll be a good time.

“You know, I read that Time article and thought, 'Fuck, that guy should have listened to the record'," he says with a sigh of frustration.

"I guess I shouldn’t care too much about it, but maybe doing all this you do end up giving away a piece of yourself. I don’t know if there is anyone in music I have much in common with . . .

After a career of highs and lows, and consistent critical acclaim if never matched by CD sales, Chris Whitley died of lung cancer in November 2005. He was 45.

For my money Living With The Law was the best rock debut of the 90s. He followed it up with the dark, druggy Din of Ecstasy, which sounded like Hendrix in a junkie free-fall, no more swooping, endorphin inducing soundscapes here, it was and is a hard listen... still it has its moments(O God My Heart Is Ready is just waiting to be done gospel style by someone brave enough and the Jesus and Mary Chain cover was good too.) Indeed all his subsequent records always had something. Dirt Floor's Ball Peen Hammer, and Under The Radar from Rocket House being a particular faves.

I remember the day news came through of his death. I'd been listening to LWTL that very morning.

Thanks for publishing the article. Chris Whitley was the main reason I picked up a dobro. I hadn't read this interview before but it's great to read.
In my opinion he's not so much a blues player but an experimental guitarist. The later albums reveal more of the experimental approach than the first one. This was the reason I thought Whitley wasn't that comfortable with his debut-album. But this article seems to show otherwise.
Thanks
Bob Kolsters
Holland 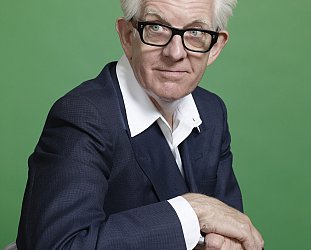 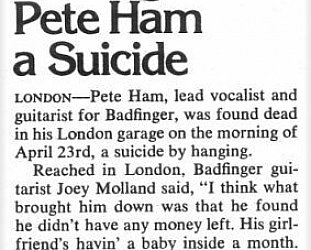