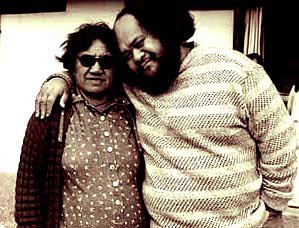 It's a fair if not entirely original observation that the late Dalvanius Prime made an immediate impression. I'll never forget the day we shook hands in Patea. The big man was, typically, wearing his body-hugging pink tracksuit.

Back at his modest, almost alarmingly small home he showed me his memorabilia and treasures, and was especially proud of the magnificent image of King Tut framed in his bedroom. On closer inspection, it was a towel he'd bought in London.

That was typical of Dalvanius: he could elevate the ordinary into art.

Dal was the fifth child of 10 born to what he admited was a boozy, party-every-night family before his father re-embraced the Mormon faith.

Then it was hymns instead of pop songs, and Dal was sent to the Mormon College in Hamilton where he excelled in animal husbandry.

But he felt the call of music so fled to Wellington and hooked up with the Shevelles, precociously guiding their career as a kind of Maori Supremes.

Then it was Australia and constant performing as Dalvanius and the Fascinations where the big man and that beautiful voice took centre stage for many years, including at the opening night of the Sydney Opera House.

These were the years he honed his craft but it wasn't until his return to New Zealand - prompted by the death of his mother - that Maui Carlyle Dalvanius Prime fully came into his own as producer (for Prince Tui Teka), songwriter, singer and cultural icon.

With Ngoi Ngoi Pewhairangi of Ngati Porou he wrote the remarkably durable Poi E which Patea Maori Club recorded. It took them to London and New York (in London Dal learned of Ngoi's death) but in many ways it was never quite followed up. The delayed album arrived too late to take advantage of Poi E's cross-cultural success.

Dalvanius was moving on anyway: there was the opera, dreams of an animated television series featuring Maori superheroes and mythological characters, the soundtracks for Ngati and Te Rua, then his quiet, persuasive and articulate campaigns for the return of mokomokai from museums around the world.

Dalvanius' was a remarkable story,and his legacy is far reaching. Poi E alone, the first single in te reo to top the New Zealand charts and funded by local businesses because the major record companies wouldn't touch it, inspired a thousand young Maori singers and songwriters because now they could see anything was possible.

Dal – in his life and art, both of which elevated the ordinary – proved it. 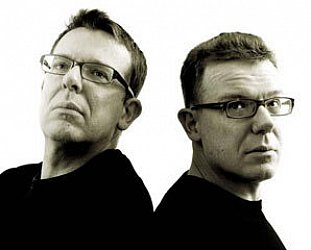 Serious guys these Proclaimers. And that's despite their uplifting Everlys-from-Scotland sound which often comes off as singalongs, notably the naggingly addictive I'm Gonna Be with its beerhall... > Read more