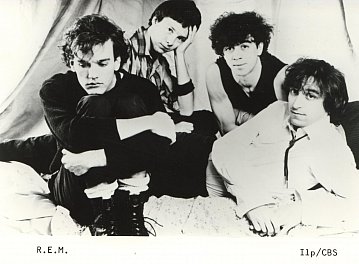 When R.E.M sneaked up in the early 80s with their debut album Murmur, few could have anticipated what the band meant – and would become.

Just as Talking Heads had become the banner-waver for emotionally distant New York art-rock a few years previous, R.E.M were the band which announced college rock radio could be as influential as mainstream stations. And that “alternative rock” in the age of Michael Jackson's Thriller, Bowie's Let's Dance and stadium fillers such as ZZ Top, Bruce Springsteen and Tina Turner was a genre of itself.

Murmur in 83 came with an appropriate title: few could clearly decipher Michael Stipe's words in many songs but his weary delivery (“not everyone can carry the weight of the world”) was seductive, especially when set against the gentle guitar jangle of Peter Buck's guitar. Critics would reference the Byrds on songs like Sitting Still and Shaking Through, but for R.E.M's audience that late 60s band was either ancient history or unfamiliar. R.E.M – out of the university town of Athens, Georgia – existed in a world of their own.

In a music environment cluttered with synth-rock – Duran Duran, the Thompson Twins, Wham! – R.E.M's stripped back, frill-free guitar sound was distinctive, and even now Murmur, with its tired ballads (the sleepy Perfect Circle) and pure pop (We Walk) sounds timeless, as if never part of the music world into which it had arrived.

It feels slightly strange (Stipe's lyrics were oblique) and even the cover – of the notoriously fast-growing kudzu grass, “the plant that ate the South” – looks eerie and otherworldly. They also had a track listing on the cover which didn't match the running order on the record.

R.E.M were willfully mysterious at a time when people were being handed music in ready-to-use servings. You had to take your time with them.

By Reckoning the following year R.E.M were honing their sound: Don't Go Back to Rockville and Pretty Persuasion could have slotted onto mainstream radio, although didn't. Reviews were even more favourable than those which greeted Murmur but by 80s standards (Springsteen's Born in the U.S.A that year sold 30 million) the album remained a small seller – which worked for R.E.M's reputation as not being acceptable to mainstream listeners.

That status was enhanced by “outsider” artist Howard Finster's cover (from a drawing by Stipe) and the general moodiness of the music.

By the more lyrically obscure but fascinating Fables of the Reconstruction the following year – recorded in London with British folk-rock producer Joe Boyd – R.E.M were college-rock favourites and leading the way for indie bands such as the Replacements and Buffalo Tom, artists like Peter Case, and paving a path for Flying Nun into US college radio.

By the end of the 80s R.E.M had been widely embraced, were signed to the major label Warners and their albums were topping the charts. But R.E.M's first three albums were arguably their best, and have been reissued in beautifully expanded editions: Murmur with an extra disc of a taut, urgent gig recorded in a small Canadian club shortly after the album's release; Reckoning has an extra disc of a previously unreleased radio broadcast of a Chicago concert (opening with the Velvet Underground's Femme Fatale); and Fables of the Reconstruction (in a box) includes a disc of their excellent, spare demos in Athens before the London recording sessions.

And although you can hear the words . . .

“To give away everything is never good,” Stipe once said.

The problem as I see it with this sonically fascinating and musically dramatic album is that it lacks a lyric sheet and the poetic words are frequently difficult to distinguish because singer... > Read more 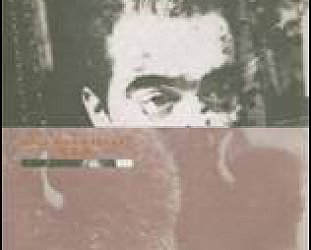