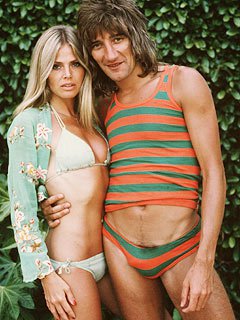 It was always easy for me to forgive Rod Stewart his excesses and mistakes. His graduation from soulful r’n’b singer through frontman impersonations with the boys-night-out Faces band and into a solo career was a pleasure to watch.

When he wasn’t being entertaining, he was tearing your heart out with his singularly sandpapery voice.

And when he took his leopard-skin tights and hedgehog haircut into stadiums across America and asked Do Ya Think I'm Sexy? he at least looked like he was having fun.

Nothing wrong with fun – and it wasn't his fault the critics hated his disco hits and everybody else loved them. There was an anti-feminist and anti-gay agenda behind white hard rock/cock rock writers dumping on disco. Rod was supposed to be the role-model cock-rocker and yet here he was in leopard-skins for the mirror-ball crowd?

Alright, standing in a field or sitting in a stadium seat hearing a bunch of people sing I Still Haven't Found What I'm Looking For back at U2, it was easy to blame Rod for starting the whole thing with the sing-a-along Sailing . . . and maybe the California sun did take him just a little too far from the soul and Celtic roots he once explored so tenderly.

But it was all done with a bit of style and self-deprecating sense of humour.

Rod Stewart was a great interpreter, entertainer and a much underrated songwriter.

The evidence is on the Storyteller collection first released in 1990 -- a massive 65-track retrospective (four CDs or seven albums) which traced his career from the early Sixties to his then-current interpretation of Tom Waits' Downtown Train, which almost sounded written for him.

The set opens with Stewart’s '64 version of Good Morning Little Schoolgirl which, unbeknown to him, the Yardbirds had also just recorded and were about to release. Stewart’s less urgent version was immediately rendered redundant and his recording career looked decidedly dodgy.

And his early career was dogged by unsuccessful or unspectacular covers. Storyteller, with an admirable honesty, includes his shaky Can l Get A Witness, an unwise stab at Street Fighting Man, a terrible version of his co-composition with Mike D'Abo (who wrote the moving Handbags and Gladrags) So Much to Say and a pompous Pinball Wizard from ’72. 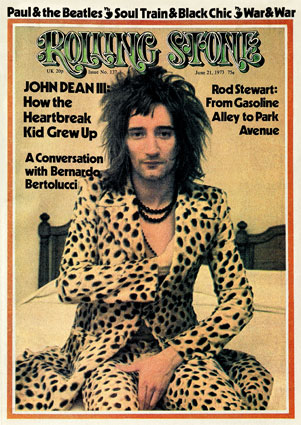 Of more interest from those years in the Sixties is D’Abo’s Little Miss Understood, a slow, string-soaked ballad which anticipated Stewart’s style of later years. As a single, it died.

It was as the vocalist with the Jeff Beck Group that Stewart first came to serious attention.

Guitarist Jeff Beck, fresh from the Yardbirds and with unlikely solo hits to his name (Hi Ho Silver Lining and Love is Blue), was originally the drawcard, but in l970 Stewart delighted in telling Rolling Stone writer John Morthland of meeting a record company executive who said to him, “You sang great, Jeff – and the guitarist's good too”.

Storyteller includes Ain't Superstitious and the Yardbirds' Shapes of Things from the Beck groups fine Truth album from ’68. (The ’85 Stewart-Beck reunion on People Get Ready also appears.)

By the early Seventies Stewart was juggling a successful solo recording career with time spent on the road with The Faces (which included Ron Wood, a soon-to-be-Stone).

The juggling was never going to be entirely successful and inevitably Stewart pursued the solo path and hit a stride by blending his love for Sam Cooke soul with a feel for British – and specifically Scottish -- folk music. He showed a masterful understanding of a lyric.

It is impossible – even now – to be unmoved by the best of Rod Stewart from those years to the mid-Seventies: the sense of loss he brings to the line “so what became of you my love” in Handbags and Gladrags; the pathos of Reason to Believe and Country Comforts; his version of Cat Stevens' First Cut is The Deepest (of which critic Robert Palmer rightly observes “there have been some awesome soul and reggae versions, but Rod Stewart owns it”); and the heart-aching honesty of I Don't Want to Talk About lt.

As an interpreter, sometimes Stewart was without peer, but his gift as a songwriter is most often ignored.

Consider these titles and the evidence is persuasive: Maggie May, Mandolin Wind, I Was Only Joking, Every Picture Tells A Story, You Wear It Well and – so long overlooked – The Killing of Georgie, one of the first and most sympathetic mainstream songs about the dnagers of being gay which is filled with pathos and a love which Lou Reed never once approached in his cool distance: “Georgie Boy was gay I guess” says it all, but it comes home with the almost careless, "Georgie was a friend of mine." 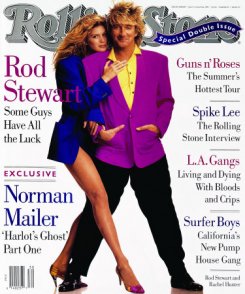 Sprinkled about the Storyteller collection are also spectacular oddities: In A Broken Dream which deserves a cover by some neo-psychedelic band; his earthy Man of Constant Sorrow (from the An Old Raincoat Won't Ever Let You Down solo debut, a song much later rediscovered when the film Oh Brother! Where Art Thou? rolled around decades later) and a previously unreleased version of the Bee Gees' To Love Somebody with Booker T and the MGs (the last sessions to feature the late Al Johnson on drums).

Stewart also revisited This Old Heart of Mine (with Ron Isley who sang the original) and I Don't Want To Talk About It to set his '89 voice against his mid-Seventies sound for comparison. It holds up well, although Storyteller doesn't include his '75 version of This Old Heart unfortunately.

Nor does it include Drift Away, Fool for You or Sam Cooke's Bring It On Home which are curious omissions.

But asking for more Stewart in this box seems unreasonable because 65 songs is a lot of Rod Stewart and even the singer himself dismisses some of the tracks in his funny, self-effacing notes on his “illustrious, albeit chequered, past”.

This much Stewart might have been aimed at the collector, who could reasonably be expected to have had all or most of these tracks anyway. (Ironically the single album Best Of released simultaneously was far too scrimpy). 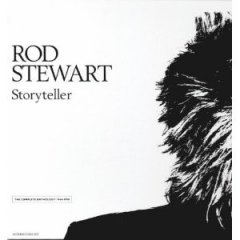 If Rod Stewart made mistakes in his choice of material, well who hadn’t over 25 years of recording?

To the best of our knowledge nobody was ever hurt when he lobbed soccer balls into those crowded stadiums or (more fortunately) took the wearing of tartan or leopard-skin lycra too seriously.

The photos of Stewart in the booklet which accompanied the music showed him healthy and happy looking.

He deserved to be. He kept his sense of humour when so many others were losing theirs, wore ridiculous clothes, had a thing for long-legged blondes and most often sang from the heart.

He could have done a lot worse.

The Storyteller set reminds you what a great talent – and entertainer – he was.

Still is of course, in a different way.

He was a blonde who had more fun. I'll defend that, and his music does.

Lovely piece.
I've always had a soft spot for Rod Stewart. He strikes me as a genuine guy and I think that resonates in his music.
And what about the nonchalance with which he poses in a striped singlet with matching undies?! Priceless.

There's a great little book entitled "I Wanna Be Sedated: Pop Music in the Seventies" (available through Amazon where I've just posted a review of it) in which the chapter that's mostly about Rod is entitled "Think of me and try not to laugh".
I can forgive Rod just about anything. 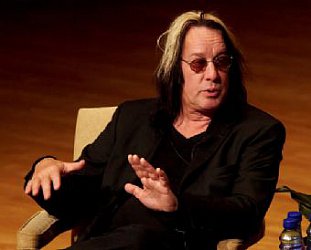