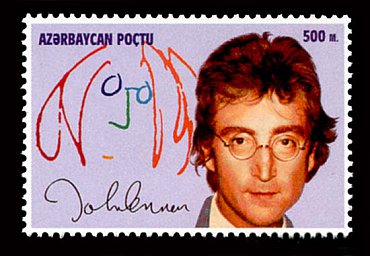 In what would be one of his final interviews around the release of Double Fantasy in late 1980, John Lennon said – as a married, settled man at 40 with a young child – he was interested in seeing if it was possible to have a life centred around a family and a child and still be an artist.

“Could the family be the inspiration of art, instead of drinking or drugs or whatever?”

Regrettably most of the evidence of Double Fantasy -- and to a slightly lesser extent on the posthumous release Milk and Honey pulled together by Yoko Ono from tapes for that proposed companion-piece -- the answer was, “Not really”.

Pleasant though some of Lennon's melodies were on Double Fantasy – and there's a good case to be made Ono's songs were the more interesting – the lyrics were often trite and resorted to cliches. Disappointing from a man who coined lines like “tangerine trees and marmalade skies”.

In a bruising NME review Charles Shaar Murray wrote that the album was “a fantasy made for two (with a little cot at the foot of the bed)” and concluded “Now bliss off”.

Within a month Lennon was dead and the album was at the top of the charts.

Lennon's solo career – 10 years and during four of those he released nothing, didn't even have a recording contract – has always been the stuff of argument: his astonishing Plastic Ono Band album of 1970 stands as one of the most courageous in rock for its pained honesty and blunt “I don't believe in Beatles, the dream is over” statement.

He didn't spare himself – and in excoriating songs like the brilliantly cathartic Well Well Well he didn't let his listeners off lightly either.

But albums like Imagine (the peace anthem sharing vinyl with his vicious attack on Paul McCartney in How Do You Sleep?), Mind Games (some dreary workmanlike rock'n'roll alongside the elevating title track and the sublime, ethereal #9 Dream) and the political rhetoric of Some Time in New York City (which was dated on release and full of sloganeering) have always tested those for whom he would always be Beatle John.

Had he lived he would be 70 in October 2010 and on the evidence of his domestic bliss (which may not have lasted, Milk and Honey ha some less than cheerful stuff from both parties) he might not be out there like Bob Dylan making interesting and often compelling music.

If he went the whole covers route like Rod Stewart it's more likely he'd be doing Little Richard and Jerry Lee Lewis (or the music hall acts he seemed to enjoy) than Gershwin. 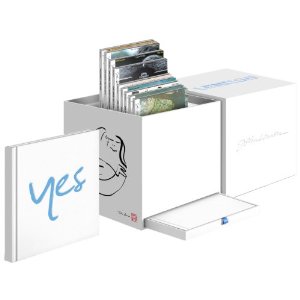 But his birthday allowed a re-consideration because – perhaps for the last time in her life, she is 77 – Ono has overseen another Lennon re-issue on a significant anniversary. Previously there had been the four CD Lennon Anthology, but this one is different: all the original albums (no extra tracks) have been digitally remastered, there is a disc with rarities and outtakes, and Double Fantasy appears also in a Stripped Down edition in which much of the embellishment has been removed to lay the songs more naked.

So is this reissue-cum-marketing exercise of interest?

Ordinary songs are made no more special by remastering but many which might have slipped by – among them a few from the often-overlooked Walls and Bridges of '74 – are given a new dimension and presence. 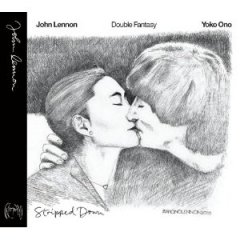 Most interest alight on Double Fantasy: Stripped Down however, and especially Ono's racks like Kiss Kiss Kiss and, especially, Give Me Something which have had an overhaul to put them more in line with her brittle and astonishing single Walking on Thin Ice, the tape of which Lennon was carrying on the night he was shot.

These songs are spark like static electricity – and Every Man has a Woman Who Loves Him comes off as a completely new song, and not for the first time. In '84 on the occasion of the tribute album to Yoko of that name (which had Ono covers by Elvis Costello, Harry Nilsson and others) she simply pulled back her vocal part so it became more a Lennon song – and was attributed as such.

This time out it is reconfigured as a slightly disturbing ambient dreamscape.

You could argue that the remixing and stripping down of Double Fantasy favours Ono more than Lennon: his Starting Over does sound more true to the spirit of Fifties rock'n'roll and both Woman and Watching the Wheels less wrapped in the cotton wool of orchestration and backing vocals, but they don't come off as significant rediscoveries the way these Ono songs do.

For that new view of Lennon's songs you need to look elsewhere.

The Plastic Ono Band album still sounds stark although more immediate, but I Don't Wanna Be A Soldier on Imagine now sounds more menacing and disturbing as the guitar parts are separated out, although curiously Gimme Some Truth sounds less than impressive. This is one song which should have leaped out at you in a remaster.

How Do You Sleep? and the spare ballads Oh My Love and How? have much more presence, the latter two becoming real rediscoveries for their quiet melodicism.

In that regard, Mind Games is where the jewels lie: the title track is still a mysterious work and soars gloriously, Tight A$ is sharper all round and a terrific rock song, but the beauties of Out the Blue and You Are Here (with guitar by David Spinozza given more attention) are joyous revelations.

And on Walls and Bridges the lovely Old Dirt Road (with Nilsson), #9 Dream and Bless You remind you what a great melody writer Lennon could be – and how convincingly he could deliver them. These are wonderful and warm songs.

The Rock'n'Roll album certainly has much more life about it, but little on Some Time in New York City was of much merit anyway – although the live disc now restored, it was omitted from some reissues) is useful neighbour-baiting noise. 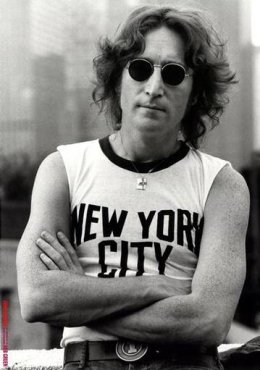 In the large Signature Box edition of this collection (all the albums available individually) there is also a disc of “home tapes”, most of which are alternate takes of songs from Plastic Ono Band or Double Fantasy – but among these are a stab at Honey Don't which Ringo coverd in Beatle days (recorded by Lennon during Double Fantasy sessions) and two oddities: the possibly autobiographical wish of One of the Boys (“ but he's still one of the boys” which has appeared on The Lost Lennon Tapes) and India India which sounds like it might have been written during the Maharishi sojourn (it's a folksy piece about the beauties of India but his love – the unnamed Yoko – is back in England) although it was clearly recorded much later. Perhaps in the few years before Double Fantasy. Both are minor works of little interest other than for their lyrical content.

So, Lennon's on sale again – and perhaps for the last time.

It is hard to imagine what else can be hauled out of this well. (Remastering of the posthumous Live in New York City and Menlove Ave, perhaps? Most of the latter is already done.)

Was this re-presentation a cynical marketing ploy to take advantage of a significant anniversary: in one sense, of course. An anniversary allows for a degree of relevance.

But most of this music stands on its own merit – and, as with the similar Beatles project, was thoroughly deserving of this remastering.

And the smart ones will be selectively pulling the remastered Ono tracks from Double Fantasy and Milk and Honey for a terrific compilation.

Not quite what you would expect from a Lennon reissue mid-wifed by Yoko Ono, is it?

I think you have summed up what was a very patchy solo period spot on. John's legend as the "interesting" Beatle seems to have led to his solo work gaining a lot more kudos than it deserves. "Double Fanatasy" seemed thin thirty years ago and time has not enhanced what were workman-like songs then. "Mind Games" stills soars and "Whatever Gets You Thu the Night" stills makes my feet move. The hippy-dippy "Imagine" seems well at odds with some-one who treated his first wife and child with calculated coldness and then disappeared for a long period on the second. Perhaps Paul should have had more public affairs and more interesting drinking buddies. Bu I'm not sure anything would make up for "Mull of Kintyre". 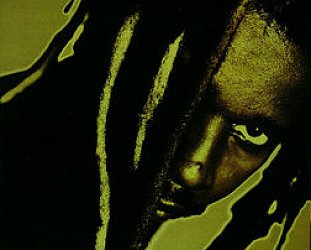 LIVING COLOUR: VERNON REID INTERVIEWED (1993): Black, white and everything in between

It’s an old line but no less true for all that...and when you put it to Vernon Reid of Living Colour, he knows exactly what it means: “Everyone sees the world from their own... > Read more