In Berlin it's 8.15am so a yawning Hollie Smith is forgivably vague about where her friends Electric Wire Hustle played last night. And she is also on holiday, despite having a new album Band of Brothers Vol 1 – with Mara TK of EWH – released back home.

“I did talk last year of moving over here for a lot longer,” she says “but things kept changing so essentially I have just come over to say 'Hi' to a few people. So it went from moving here to coming over for a few months to just having a holiday for a month.

“Everyone is quite settled here and I haven't real gone out much. Yesterday was the first time I've eaten out, so mostly it has been going to people's houses and having dinner. It's all very sophisticated – and reasonably boring actually,” she laughs.

“Obviously it would make sense for me to to be home at this time, but realistically it isn't necessary. I've done a lot of the work before now and it's not realistic to be touring or anything specific for a while.
“I was intending to come over so it was best to come over now because I had people to stay with and people to see. I wanted to be home for the World Cup and work, so this was the best time to come.

“And when you release an album you don't have to do very much because you've already done the work, apart from interviews like this which I can still maintain.” 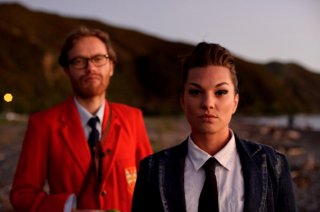 The collaboration with TK – the son of New Zealand's famous guitarist Billy TK – is quite some departure from the top-end soul and aching balladry of her two previous albums Long Player and Humour And The Misfortune Of Others. With electronica sound beds and a more restrained vocal approach Smith has stepped into a world of cool and often sultry soul, space-age soundtracks and understated vocals woven as part of the soundbeds TK creates. It's quite some album. Yet the whole process came together by accident.

“I had another idea in mind which I'd named Band of Brothers in my head which was more of compilation and collaboration album, and Mara was semi-included in that. At one point I asked him to produce it and he went on a bit of a tangent and started discussing all these others ideas which got a bit lost in translation.
“I said I thought we were now talking about two different projects. But he was leaving in six or seven weeks so he said, 'Let's just do it, let's just do my idea'. 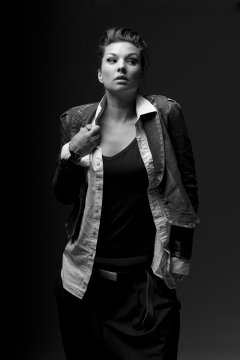 “With this album I didn't have any expectation, it came together in six weeks and I didn't think we were going to pull it off. So it's been a pleasant surprise walking out the other side of it because I had no preconception of what was going to happen.
“And I wasn't familiar with the process. The whole thing was done completely differently to what I would normally do arranging a live band.
“So I'm proud of it and it's not just my album this time round and that comes through too.”

The Band of Brothers idea of collaborations is still out there and any subsequent volumes under that name allow her room to move beyond her audiences' expectations.

“That is what the Band of Brothers project is for, so I can do whatever I want regarding different genres and different sounds, and getting back to collaborations and co-writing where I can go on whatever tangent I want without that greater audience, which has previously known my music, to get confused. And to have some kind of separation.

“A lot of people wouldn't understand that tangent musically perhaps, so it is a way to have that separation where if they don't like that they don't have to follow that tangent.
“This happened by accident with Mara and wasn't what I had in mind, so there's nothing in mind for the second one. It was literally three months ago I decided to do this one so I haven't had much time to think past it.

“It won't necessarily be a project which is devised by whoever I am working with, it will just come together as this one did, reasonably organically. But it makes sense to create another volume.”

Smith says the music can be performed live with a band but the short time frame they worked in meant they hadn't given much thought to how it could translate to performances. And even touring is off the immediate agenda for a number of reasons.

“With the Rugby World Cup [in New Zealand] it's going to make it impossible to tour for a few months. There's no way financially or logistically I could make it work to tour through September/October. We're intending to tour in New Zealand in November. It's expensive enough to tour with a group let alone when there's no accommodation or cheap flights.”

Smith's story to this point is well known. The signing to Manhattan (a subsidiary of Blue Note), the Long Player debut, the deal going sour and her not being allowed to record for two years, the excellent Humour And The Misfortune Of Others which didn't quite sell as much . . .

“[Manhattan] were convinced by the whole [Long Player] album but it was more bad timing with the industry changing and EMI got privately bought. It totally screwed me completely, and I haven't really recovered. And don't think I ever will really.
“I did Humour and have worked since, but there was the two year period where I couldn't contractually and that screwed me up in more ways than just emotionally. Professionally it did as well.”

As to the maturity, depth and confidence she brought to Humour, she attributes that to something people tend to forget about her.

“I was 16 onwards when I wrote Long Player and I'm still young now, so I was just growing up. And that's going to be delivered through the music as well. I'm not going to write the same album in 10 years time, it's an emotional discovery as much as musical one. 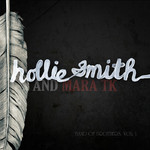 “I didn't walk away from anything at any point. I was quite committed to every opportunity that came through and there is no one who could put more expectation on me that I already do.

“I don't do this for anyone else but me and those expectations are far higher from me. I'm the one who creates the pressure.

“I'm on my own little journey and it's just growing up. I'm still learning all sorts of things and it's a natural evolution. So there was a difference in the way I sang on this album with Mara producing it and being a strong writing force. He has dictated some of the intricacies.

“It's a different way of singing and a different sound completely, which is always going to inspire something completely different. And I enjoyed it.

“So there definitely will be a volume two, but nothing is planned out. With a death metal band from Wellington maybe?” 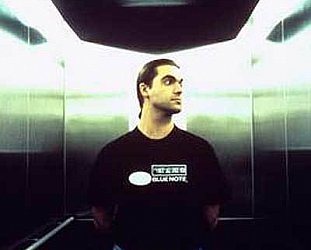 Ludovic Navarre shakes his head, mystified when I mention the Shinjuku district of Tokyo. This French DJ, musician and producer who currently goes under the nom de disque St Germain has just come... > Read more 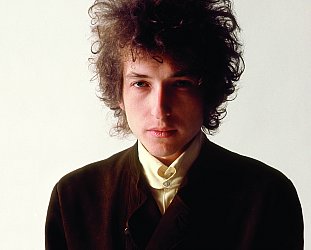 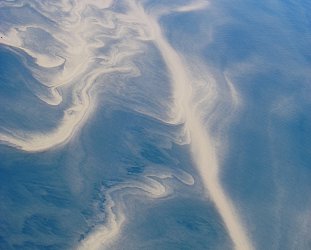 It is a curious thing, but as big Australian cities boast about themselves and claim their points of difference, they all start to sound similar. Each will tell you of its wonderful seafood... > Read more