These days American singer-songwriter Loudon Wainwright III -- touted as a “new Dylan” at the dawn of the 70s and whose critically acclaimed 20 or so albums since have skirted the edges of public acceptance -- is pretty well known, but perhaps not for his own sake: he is father to famous Rufus and fairly-famous Martha.

But Loudon -- who has always written about his life and children, often to their discomfort -- is in the spotlight for his new album Strange Weirdos subtitled, “Music from and inspired by the film Knocked Up”.

That big grossing movie was written and directed by longtime Loudon fan Judd Apatow (who also did 40 Year Old Virgin), and included some of Wainwright’s songs which Apatow specifically commissioned.

The subsequent album -- produced by Wainwright and Joe Henry, with contributions by guitarist Richard Thompson among others -- finds the songwriter at another creative peak and highly visible.

He offers gorgeously melodic and observational images of his recently adopted hometown of LA (Valley Morning, Grey in LA) a typically downbeat Lullaby from way back in his catalogue and written for daughter martha when she was a baby (which opens "Shut up and go to bed . . ."), there is a swipe at reluctantly aging baby boomers such as himself (Doin' the Math), a cheerfully upbeat take on Peter Blegvad's Daughter, and his take on Henry's haunting consideration of the fragility of life and love in You Can't Fail Me Now. 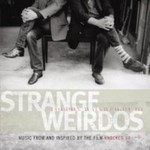 From spare arrangements through to upbeat rockers pierced by Thompson's mercurial guitar and some barrelhouse piano, these 14 songs are as musically diverse as they are in their subjects, although the overall theme is families, parenthood, children and so on.

In his long career this Wainwright -- father of Rufus and Martha among others -- has rarely put a foot wrong, and he shows no sign of doing that now. The album is another disarming and charming Wainwright outing, with the usual darkness in the margins. Although having been attached to such a successful movie has made it's passage into the world rather easier than his previous albums.

“It didn’t hurt, as they say, to be involved in this one,” says the 61-year old from his home in Los Angeles. “The movie was a big hit and I loved working with Joe.

“Usually when I make an album -- and Strange Weirdos is the soundtrack but also a Loudon Wainwright album -- I am the ‘decider’, to use that horrible expression our president calls himself. But Judd being the director meant he said what stayed in the movie, but he worked with Joe and I throughout the process.

“So we had this bunch of songs, a few of which are in the movie, but a lot which aren’t.

“And I got an album and Universal Pictures paid for it,” he laughs. “It was a nice job that we were able to do at a more leisurely pace because a film takes a year and then there is editing, meetings and Judd was often changing songs and scenes.

“So we had more time to write and record, not like going into a studio and making an album in a week or two.”

Wainwright also has a small part in the film -- as he did in 40 Year Old Virgin -- and these past few years he has increasing added “actor” to his resume: “I’d like to do it a lot more. I live in LA now so every now and again I try to get a part in a movie or on television, a ‘small but pivotal role‘. “

Earlier in Wainwright’s career he appeared in three episodes of MASH as a singing-surgeon whose songs commented on the action. In the 90s he wrote on social and political issues for National Public Radio and television shows, a role he enjoys.

“Often if you’re waiting for songs to come it can be a long wait -- whereas if someone says they need a song about such’n’such a thing by a certain time you get a kick in the arse.

“When I wrote for MASH one of the episodes was about General Douglas MacArthur coming to the base. I didn’t know very much about him but they gave me biographical material and stuck me in a room and said, ’We need a song in two hours‘ -- so I wrote Five Gold Stars which I sing in that episode and which mentions Inchon and Korea and a few other salient details.

“So I learned then I could write to order. I can be a songslinger for hire.

“I’ve written songs about things outside myself -- although I’ve never tried to hide the fact that some are about me. And I’ve dragged family members and ex-wives kicking and screaming into some -- and I’m probably going to do that to the very end.

“This is probably why nobody comes to Thanksgiving at my house anymore.”

Wainwright is joking but it is no secret Martha -- the subject of Pretty Little Martha (about her birth), Five Years Old and Hitting You among other Loudon songs -- said her bruising Bloody MFA of two years ago was about her father. She later retracted and has subsequently collaborated with him, and Rufus (the subject of Loudon’s Rufus is a Tit Man when he was breastfeeding), on songs. Loudon says he gets on well with Rufus and Martha: “We bump into each other at shows and airports mostly“.

Wainwright is a sensitive-singer songwriter, but not of the James Taylor kind. He is sensitive to his anger, depression, needs, cynicism, shortcomings and so on -- and doesn’t spare himself or those around him.

He has written about groupies, moving house, ignorant interviewers, divorces, fights with children and ex-wives, his misanthropic streak . . .

Writing -- and singing -- seems to be in the Wainwright genes: Loudon Wainwright III’s father was a staff writer, columnist and editor at Life magazine, and his younger sister Sloan is also a singer-songwriter with an intensely personal style. Loudon III was married to Canadian singer-songwriter Kate McGarrigle of the McGarrigle Sisters (mother of Rufus and Martha), and he has another daughter Lucy with singer Suzzy Roche formerly of the all-sisters band The Roches.

Few songwriters have revealed themselves as much in their work, and having had multiple marriages and children means there is no shortage of material.

“But right now I’m not really busy. Joe and I are working on another album and if the writers’ strike ever ends maybe I’ll get another acting job. But in the meantime I’m just here walking the dog.

“I got married again a couple of years ago and have a little family unit which is going pretty well. My youngest is 15 -- but that’s a strange and convoluted story.

“Listen to some of the songs for that one.”

This article first appeared in the New Zealand Herald www.nzherald.co.nz 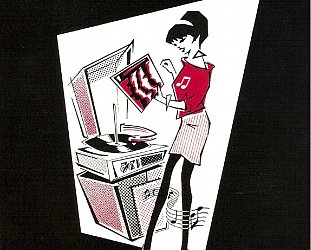 Recently a friend showed me the tracklisting for an album with a title something like The Defintive Sound of UK Ska or The Essential UK Ska Collection. Something like that anyway. A bold claim,... > Read more