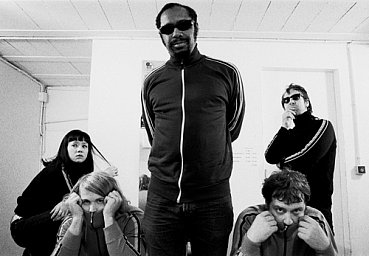 The Dirtbombs come from a city with a powerful rock'n'roll history: Detroit. The Motor City sprang Mitch Ryder and the Detroit Wheels, Bob Seger, Iggy Pop, and latterly the White Stripes, Kid Rock and the Von Bondies.

The Dirtbombs' frontman Mick Collins formerly helmed the semi-legendary Gories but the unique two-bass, two-drums quintet Dirtbombs have been seriously rocking for almost a decade now.

Mojo magazine has called him "the unsung hero of the Detroit scene" because of his influence. He is one of the few black artists fronting a flat-tack rock'n'roll band.

Oh, and being from the home of Motown and the Detroit Spinners it probably makes sense that the Dirtbombs once did UltraGlide in Black, an album of old soul and funk covers in a punk rock style.

Some questions of Mick Collins are in order.

Detroit rock city? When we were you first aware of the city's legendary status in rock'n'roll?

It didn't happen, not as a kid anyway. It's all pervasive and so you don't think about it. In the same way Detroit is known for making cars, everybody works in the car industry in some form so you don't think about it. And everybody made music, and local music was all you ever heard on the radio so you never thought it was any different anywhere else. Back in the late Sixties everything you heard on radio was Detroit music, even on the Canadian stations just across the border.

Is it true the first album you bought was the New York Concert Orchestra doing Beethoven's Fifth?

That's the the first record I paid for with my own money and I still have it. It's in surprisingly good shape considering I bought when I was 6 or 7. I heard that on radio too.

Were you a classical kid who was seduced by the devil's music?

Not really, it was all balled up together. There was no separating any music from any other. That didn't happen on radio until much later and when it happened it was nationwide, but in Detroit it never really took hold, that segregation of music which happened in the mid Seventies. 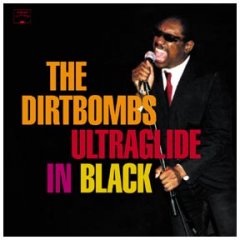 You obviously love old soul because aside from the Dirtbomb's UltraGlide in Black you were one half of of the Voltaire Brothers whose album I Sing The Booty Electric was a tribute to the funk you grew up on.

I listen to everything, I no longer specialise. When I used to DJ I played a lot of early-Sixties soul, but these days I don't really specialise anymore.

The line-up of two drums and two guitars is like a punk version of Ornette Coleman's double quintet on his Free Jazz album.

I never thought of that. I'm flattered.

What does the line-up allow for that a more traditional five-piece doesn't?

The flip answer is it allows me to not sound like anybody else, which was part of the reason I chose it. That was the chief reason, actually. It forces you to work and there was a period where I went through a lot of amplifiers trying to find one loud enough to be heard over that din. It has its own limitations, too, and working around them is part of the challenge in writing. I ostensibly play guitar but I'm lousy at it, so all these things have to be worked around.

You must have been amused when Detroit became the ne Seattle. Did you see truckloads of major label A&R guys a few years back snapping up anything they could get?

You better believe it - you couldn't get away from them. If you went to a show there were three or four pony-tailed A&R guys trying to look cool in a Hawaiian shirt - in Detroit!

Did you get any offers?

No (Laughs). I don't know why and don't care. I'm not sure I'd sign to a major label anyway because in America the situation is draconian. What they want from you is far more than they are offering in the long run so it's not worth it.

Okay, Detroit quiz question: if push comes to shove which is it, Mitch Ryder or Motown?

Motown. Mitch Ryder is a really nice bloke and I've talked to him a couple of times because I was supposed to produce an album by him. He's still around, still recording and still touring. But if I had to pick one or the other I'd pick Motown. I think even Mitch Ryder would pick Motown. 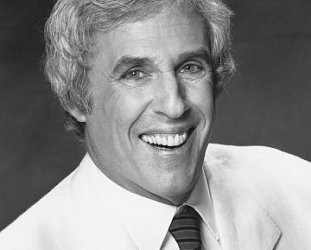 Mainstream pop culture has witnessed some peculiar pairings, none more so than when Noel Gallagher, mastermind and songwriter behind the Britrock band Oasis, climbed on stage in London recently... > Read more 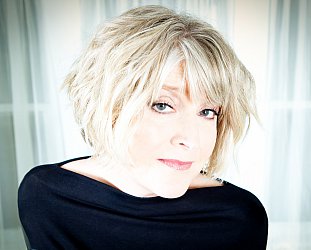 KIM RICHEY INTERVIEWED (2015): The writer on the road, again

Kim Richey pulls the car off into a gas station somewhere in Alabama to take the call from Elsewhere. She's halfway between Birmingham and her home in Nashville and is delighted to say before... > Read more 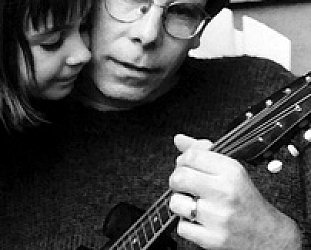