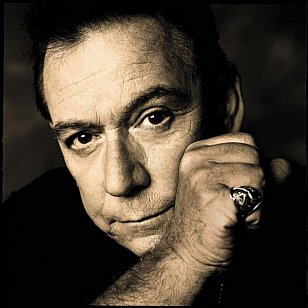 Eric Burdon is alive and ... well, the fact that this founder member of Britain's legendary 60s r'n'b garage band The Animals is alive is enough to be happy with, let alone that he sounds well.

Speaking from his California home in Joshua Tree, Burdon -- croaky of voice and lucid, if tangential, in conversation -- sounds extremely well for a man aged 60 who has been singing throat-abusing blues for four decades.

The Animals, fronted by hard-drinking Burdon, formed in Newcastle and were in the vanguard of playing the blues of their American heroes such as Sonny Boy Williamson (with whom they recorded) and John Lee Hooker. They scored their first huge hit with a reworking of the traditional tune House of the Rising Sun (made distinctive by Alan Price's organ sound), and by the end of 1965 had scored six top 10 British hits including Don't Let Me Be Misunderstood and We Gotta Get Out of This Place. In New Zealand they had two further top 20 hits in 66, It's My Life and Don't Bring Me Down.

The Animals were serious contenders, their hits are classics, but it fell apart by late 66 and none of them had made any money.
"We were the originals at being ripped off," says Burdon, "and what made it even more devastating was the band was ripping itself off as well as agents and managers doing it. We were like a fragmentation grenade, the fuse fizzed for 18 months and we went off in our own directions.
"When you get a giant rip-off right at the outset, from that point on every manager and agent sees you coming and you just go from one rip-off to the next. Right to the present day I've never been able to make any money out of the music business. I've never even made any sense out of it. To call it the 'music business' or the 'entertainment industry' is a bloody joke. The nature of it is you're out there performing miles from where the money is going.
"But I never wanted to be show business. I was in pursuit of the real roots of American culture and what propelled men and women to sing these wonderful worksongs and ballads which eventually evolved into rock'n'roll.
"Blues was born in the pain and anguish of slavery, working for the company store and never getting paid. If it happened to me too, it's what I went looking for, and that's what my new book is about. I'm not bitter though."

Burdon's new autobiography -- his second, but like its companion album now delayed because of events in New York -- should make an interesting reflection on a life he has often said he can barely remember.
He was a hard-drinking Geordie and it probably would have killed him. Fortunately hippies came along and he turned to mind altering drugs, moved to California and enjoyed some minor hits with When I Was Young and San Franciscan Nights.
His albums were unfocused and quotes such as, "The drug experience has taught us that to be deranged is not necessarily to be useless" were widely reported. So were his conversations with Jimi Hendrix. Unfortunately Jimi was dead.

It was all looking pretty silly. Does he regret any of the drugs and hippie experience?
"I didn't have any choice. I was so battered, bruised and confused [after The Animals]. It took a long time to come out of it. I thought I'd come out a number of times but I really didn't until I had grandchildren. That made me think I needed to grow up and face responsibilities. I'd survived and at one point I was proud of just being a survivor. But after a while I realised you've got to get beyond that."

In 1970 Burdon reappeared as frontman for the black band War, and scored a hit with Spill the Wine, then they took off into funk and he has spent the subsequent decades with various New Animals lineups and touring in Europe and the States.
Unlike many of his colleagues, his vocal attack -- heard on live albums most favouring Animals' material -- is largely intact. He is an elder statesman of old school r'n'b, looked up to by a younger generation in the same way he venerated his heroes.
"But you can't take it seriously, because if you do you'll take yourself too seriously. When I was getting all that adulation from screaming kids I never embraced it. I hated it.
"But today the adulation is something sacred. Like recently when a Vietnam vet said, 'Man, you've saved my life'. I've heard this before and inside I'm kinda chuckling, and then here's this guy with tears in his eyes telling me, 'No man, you really saved my life. I was in a trench and left to get an Animals' tape, and when I came back everybody had been obliterated'. I mean, what can you say to that?"

Very much a man of his era, Burdon says it's all been downhill in America since the Vietnam War and, although his conversation follows its own logic, he betrays a dispassionate view of the American scene.
"I'm a history buff and few people [in America] realise this situation has its roots in World War One when British Army engineers took T-squares and drawing boards and drew lines in the sand and expected three million people to roll over so you could insert the new Jewish state. I remember my old man saying to me as a kid this was a mistake and would cause monumental problems."

He speaks of how the IRA almost took out the British Government when it bombed the Conservative Party conference in Brighton, "but we didn't go over there and bomb the shit out of Ireland. But that's the mentality here, they don't know how to deal with it. But I wouldn't dare open my mouth to the press here because I'd get stoned for it."

He believes present American politics has an analogy in Hitler's conquests in Europe. "Hitler never left his own country other than to get his photo taken at the Eiffel Tower after the fall of France, and Americans want to take over the world but also never have to leave home."

Then why he has lived in the States since 1968?

"I never wanted to be an American, I wanted to be a Californian. America's too big for any one country. When something happens like it did in New York, if it was England you'd feel the ripple, whereas here on the West Coast it's still 95 degrees in the shade and people are still on the beach in bikinis and drinking margaritas."

That sounds like the Burdon of old, the tough-minded Geordie just telling it as he sees it. Much like he's always done - except when he was chatting with the late Jimi, of course. 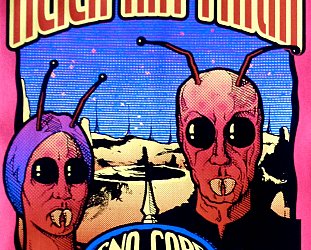