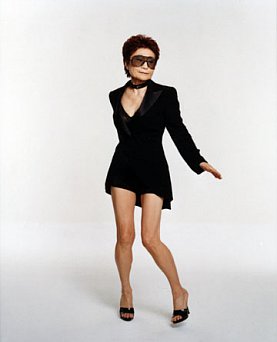 Some years ago at another posthumous John Lennon album launch, a journalist asked Yoko Ono why she hadn't released an album of her own in quite some while.

"There seemed no great call for it," she laughed. True enough.

Whether it be her extraordinary primal screaming and emotional venting, her un-nuanced feminist polemics or naive childlike songs, there was never a groundswell of acclaim for Ono's particular talents. And certainly few calling for more.

The Yoko Ono: Plastic Ono Band of 1970 -- her equally harrowing and exceptional counterpart to Lennon's album of similar title -- was spectacularly good (or totally unlistenable, depending on your view) but her subsequent albums offered diminishing returns, although each had some merits, as her substantial six-CD Onobox retrospective of '92 proved.

Over the long haul of years, albums and life changes -- seeing your husband shot probably changes a few things -- she seemed to have come out on the credit side of the ledger. Unless you thought she was totally unlistenable.
Ono put albums on hold after the patchy but mildly interesting Star People in '85 with producer Bill Laswell, who later had few kind words to say about her.
She put her energies into making money, controlling the Lennon estate and legacy with ruthless efficiency, making unheralded philanthropic gestures, selling Lennon songs and images for advertisements (including the retouching of the back cover of Two Virgins for a vodka ad) and resurrecting her pre-Lennon artistic career through touring retrospectives.

Her "musical" New York Rock in early-?95 threaded her songs together to tell the story of a famous musician (Bill) who marries an abused writer (Jill), they emigrate to somewhere else (New York perhaps?) and he is shot.

She insisted the Bill'n'Jill story wasn't autobiographical, but universal.
Whatever it was, it was bloody awful.

I saw the off-Broadway production and, like most of the small audience, left at the interval and headed for the nearest bar to discuss just how much was too much when it comes to political correctness and clunking metaphor (other characters are Ignorance, Violence etc).

Then unexpectedly in late-95 she released a terrific album, Rising, with son Sean on scouring guitar and members of the NYC-Japanese, all-women, avant-rock band Cibo Matto. It was the Yoko of old, confrontational, screaming, passionate, focused and well out there.
Subsequently there was the Rising remix album by the likes of Sonic Youth's Thurston Moore, Ween, Tricky and others, including herself. Not bad either, but it did have unexpectedly good material to work with. Unless you thought it was totally unlistenable.
As with all of her work, neither Rising nor its remixes found an audience. There seemed no great call for an album by a then-62-year-old.
Despite the indifference, she toured (well, played New York and somewhere in Japan) and has just released another album, Blueprint for a Sunrise. 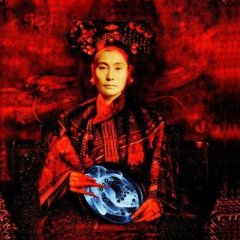 It's unmistakably Yoko Ono and that's a big dividing line.
Her feminist impulses are well to the fore and the opening track is a clunky sound-play of violence and abuse. Elsewhere the messages hit home harder through the scouring music and her groans and anguished cries.
She vamps sensually in the face of abuse (Wouldnit Swing), there's a slice of threatening, Talking Heads-funk (It's Time For Action), and the scary and relentless Are You Looking For Me?

The track Rising, in all its suppressed anger and fist-in-glove, is offered live, and son Sean joins in for the avant-and-elsewhere Mulberry, the title of which refers to a track included on the recent reissue of the 1968 John and Yoko album Unfinished Music No 2. Whether it's the same track, I don't care. That's far too much work of the obsessive kind, but it's good.
The customary weak points include her favoured cod-reggae style on I'm Not Getting Enough and she's never the best when she aims to hold a tune as simple and lovely as that on I Remember Everything.
So that's the new Yoko Ono album: referenced in her past, confrontational, political, more rewarding than anyone could reasonably expect from a 68-year-old -- and for many people totally unlistenable.
Having enjoyed and sometimes endured her other stuff, I thought parts of this were great. And parts totally unlistenable. What else can I tell you?

That there seemed no great call for it? 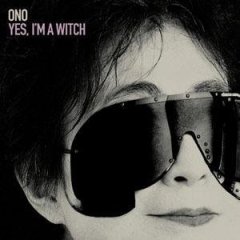 This album was considered among the Best of Elsewhere 2007

Billed as simply "Ono" this is Yoko's vocals from various albums extracted and new backings added by a cast of luminaries which includes Peaches, Le Tigre, Porcupine Tree, DJ Spooky, Cat Power, Polyphonic Spree, the Flaming Lips and many more.

Yoko's singing -- her screaming and childlike ballads -- was always controversial but to be honest I liked what she did, especially the screaming stuff.
Her albums in the early 70s were pretty patchy however: she was a feminist in hot pants, her political lyrics could be clunky and cliched, and her backings often had that kind of twee synth-rock quality which was thin at the time and hasn't worn well.
But her vocals have become more acceptable over time as our perception of singing has changed.
The artists on this album have picked picked out her most straighforward songs -- except for Flaming Lips who sampled her screamfest Cambridge 1969 and have given it a free-jazz twist -- and the results are (mostly) impressive.
Some acts (Apples in Stereo, Cat Power) find her pop ballad quality, others such as Peaches and DJ Spooky identify her brittle quality and play that up.
Okay, this may not win over as many to her side as the artists might like to think, but Yoko Ono -- who was 74 in February -- still has that capacity to amaze, annoy and alienate (often within the same song).

There is also a dance mix album coming and, oddly enough if you know her quite considerable back-catalogue, that actually makes sense too. 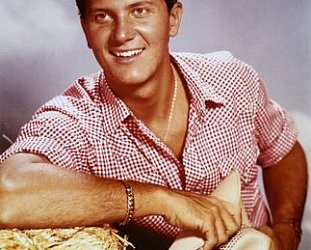 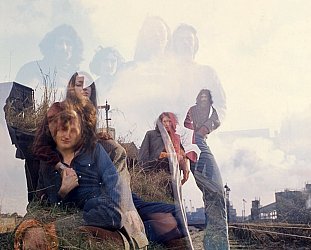 To be honest, the British folk-rock band Trees never meant anything to me during their brief heyday of just a few years -- and one further album -- after their 1970 debut The Garden of Jane... > Read more 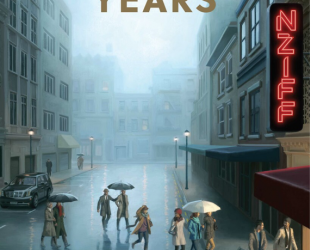 When Bill Gosden received a cancer diagnosis in June 2017 he was encouraged by friends and colleagues to write a memoir about his remarkable career. Gosden – who had been at the helm of... > Read more