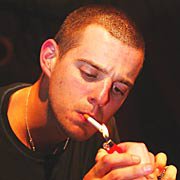 This is called an irony: on The Streets' new album A Grand Don't Come For Free the mouth behind the street-smart monologues, Mike Skinner, bangs on about how his cellphone keeps cutting out.

The album has been read as a conceptual piece, with Skinner talking about what could be a day in the ordinary - bloody mundane, actually - life of thousands of young bored Britons whose lives revolve around spliffs, girls, betting, boredom and takeaways.

"Today I have achieved absolutely nowt," he observes on the opening track, as he tells of fruitlessly trying to return a rental DVD. It's a day of "insufficient funds" at the ATM and a phone with flat batteries. Later he has to stand in the kitchen because the cellphone reception is crap in his house.

So we speak to Skinner on tour in Chicago - and you can guess the rest.

In addition to lousy reception Skinner isn't the most communicative of guys in real life. He's down to closed-sentence answers and monosyllables, although on the album he delivers astutely observed snapshots of contemporary life as British as mushy peas and bad dentistry.

Which makes it even more interesting that Skinner is in the US with a small group - bass, drums, keyboards and a singer - and taking this rare slice of authentic Brit-hop to an audience with little comprehension that this, unlike much aspirational bling-bling American rap, is about real life. 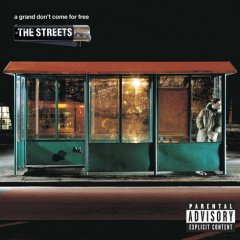 Skinner says he's been to the States a number of times on promo visits - A Grand follows his acclaimed debut Original Pirate Material of two years ago - and this is his third brief tour. Progress made?

"Yeah, but it's a big country and it takes a while to turn people around, but it seems to be going well."

Of course American audiences tend to like things laid out simply and the quasi-linear narrative of A Grand is easier to understand than the nuggety "Geezers need excitement, if their lives don't provide it, they incite violence" on his debut.

"The more open-minded hip-hop guys are getting to it, but it's a cultural difference we are never going to get over. It's the same everywhere I've taken it. I've taken urban music and made it about my culture, not urban culture as such."

When Skinner first took his style to the States obviously baffled reviewers wrote him up as an English Eminem. On this tour, however, they are at pains to point out he's not, so the cultural divide is gradually being bridged.

Not that it matters because back home in Blighty he's been hailed "one of the most compelling voices in British pop culture" (in Mojo) and "quite possibly the wittiest, wisest, most authentic poet of his generation [who] captures so well what it's like to be young, poor and ordinary in Britain right now" (Sunday Telegraph).

At 24, Skinner is the real thing: he grew up in Birmingham in a family of displaced Londoners and is the youngest of four brothers and sisters. He turned his bedroom into a studio as a teenager, and at 19 he headed off to Australia following a girlfriend and ended up in Sydney after she dropped him.

He went back to London after a year and, after trying to sound like Snoop Dogg and his other models, turned his attention to what he knew best, unfulfilled lives in tenement blocks and the soulless suburban sprawl.

With one foot in the underground garage scene, his debut album was nominated for both the Brit Awards and the Mercury Prize, and scored favourable reviews Stateside. He was hailed as the authentic voice of Blair's Britain, which must reflect badly on Tony and his lot.

A Grand Don't Come For Free is a complex album. He admits "there was a lot rewriting" and that he wanted to portray something more real than what he was hearing from US rappers. "I didn't want to lie."

It may seem like a concept album, a term he dislikes, but it feels like On the Buses, The Royle Family and EastEnders distilled into song. Musically, it is minimal but his deadpan delivery and subtle sonic touches convey a world many young Britons know only too well.

Blinded by the Lights is a woozy account of taking drugs in a nightclub, and on Fit But You Know It - on which he plays primitive guitar - he takes down a girl in a takeaway, who knows she's good looking. "I'm not trying to pull you, even though I would like to. You're fit, but my gosh don't you know it."

Then there's a scuffle in the queue: "Leave it out, Mike, it's not worth it," says his mate.

On such tracks Skinner is a witty raconteur; elsewhere his view is from the bus shelter on a drunken midnight or the couch at his girlfriend's place watching the telly.

There is also a compelling emotional nakedness: Dry Your Eyes is a sensitive, but courageously realistic, song about a love ended.

A Grand has been hailed by critics - "the benchmark album release of 2004", said the Observer - and the British public is loving it. This week A Grand is number two on their charts and Original Pirate Material shot back in at 10. 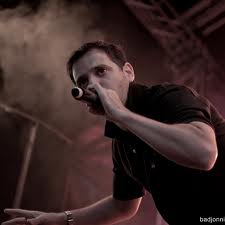 In the States he is still an oddity, a little slice of Britain they may not relate to but a style that is unusual and distinctive.

Andre 3000 from OutKast approached him a year ago to do something together ("But it wasn't the right time for me, or for him, I think") and a few weeks ago in Los Angeles a film company wanted to turn A Grand into a film treatment. Another Quadrophenia for the kids?

"I'm not really interested, I just want to concentrate on the music."

Anyway, he's starting a label, looking to produce someone else, and is writing a third album. Busy times for a man hailed as the voice of young Britain.

"Yeah, and all I was just trying to do was make rap music," he laughs.